A line in Chinese sci-fi epic “The Wandering Earth” admonishing people to pay attention to road safety and two expressions to reflect Internet users’ desire to leave the rat race have been chosen as among the top 10 buzzwords of 2019 by literary periodical Yaowen-Jiaozi.

In the movie which grossed nearly US$661 million at the domestic box office, a robot’s voice tells the driver of a giant truck: "Beijing No. 3 District’s transport commission reminds you that roads are countless but safety is foremost. Unregulated driving will cause your loved ones to end up in tears." (“北京第三区交通委提醒您:道路千万条,安全第一条;行车不规范,亲人两行泪。”) 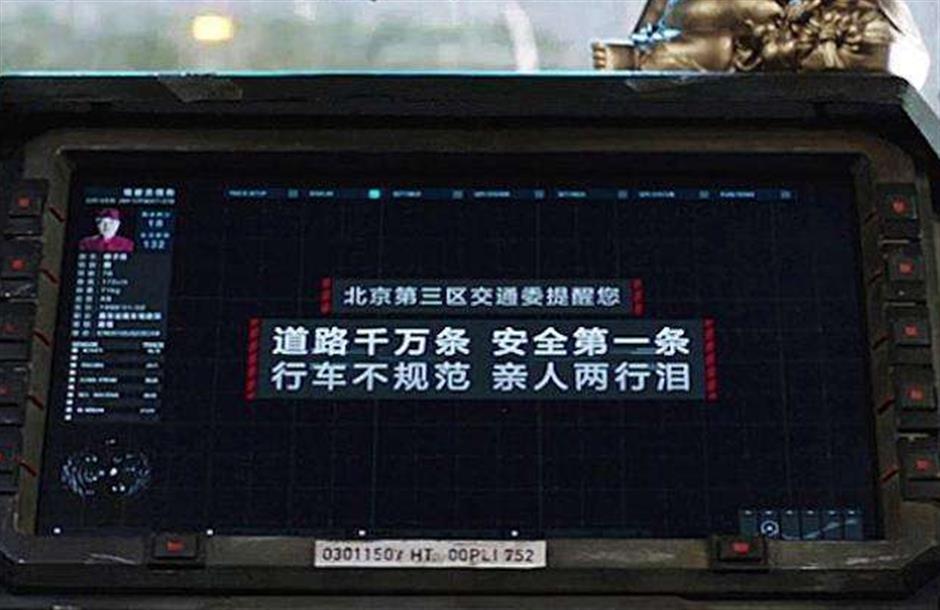 The quote quickly became popular after it was used by traffic police across the country and appeared on highway billboards. New quotes were then coined for all walks of life, including: “Industries are countless but observance of the law is foremost. Cheating and trickery will cause one to end up in tears behind bars.”

The numbers 996 mean working 9am to 9pm, six days a week. The practice has been prevalent in China’s high-tech industry, especially at giants like Alibaba and Tencent, for years though drew little public attention. It became a hot topic online after posts appeared complaining about 996.icu (9am to 9pm, six days a week and ending up in the intensive care unit). What stirred public controversy was when Alibaba founder Jack Ma called the work culture “a blessing” for millions of engineers, programmers, software developers and game designers and even said that 12 hours a day, six days a week contributed to employees’ happiness.

The other Internet phrase reflecting people’s stressed-out lives that made it into the top 10 was “Wo Tai Nan Le” (“我太难/南了”), meaning “I am stressed out” or “I am burned out.” The phrase first appeared in an online video where a man is seen hiding his frown behind his hands and saying: “Wo Tai Nan Le. I have been under a lot of pressure lately, my friend” with an animated expression and helpless gesture. The term exploded on the Internet as it resonated with ordinary people living in a fast-paced city life under great pressure. 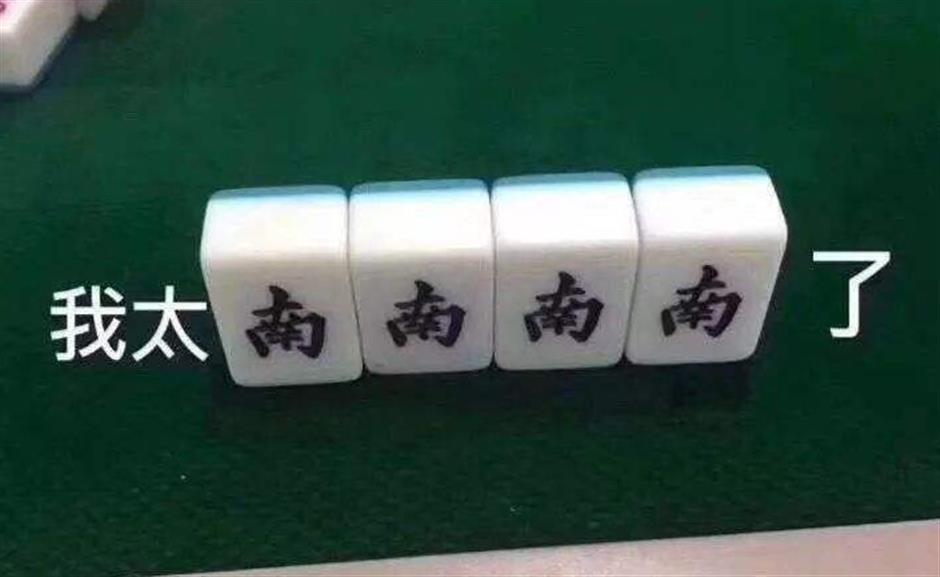 The list also includes “硬核” — meaning “hardcore” in English. It was originally used to describe a heavy or powerful music style and difficult games. But this year, Ying He has emerged as a popular Internet buzzword to describe something or someone that is tough, strong and determined or awesome. For example, she leads a “Ying He” life. 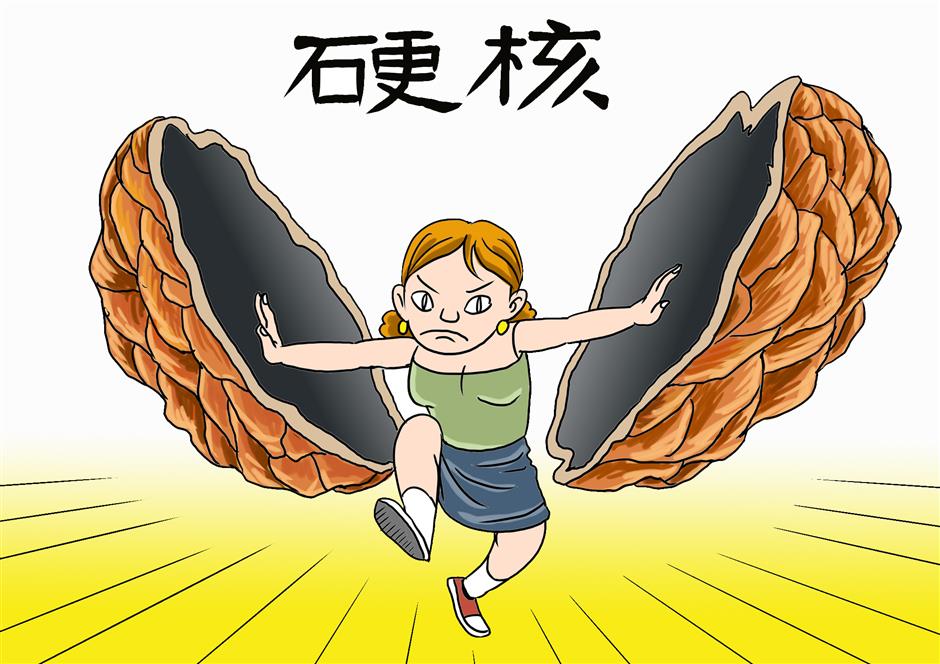 Another buzzword was “柠檬精” (Ning Meng Jing). It can be translated into English as “sour lemon monster,” and has a similar meaning as “sour grapes,” describing people who are jealous and envious of others. It can also be used for self-deprecating humor. For example, instead of saying “I am envious,” one could simply say “I am a Ning Meng Jing.” Another domestic drama film, “Better Days,” put topical buzzword “融梗” (Rong Geng) in the spotlight. “梗” originally referred to a punchline or elements of humor in literary works, and later was also used to mean storylines and story ideas. The phrase means copying or incorporating elements or creativity from other works. The film, adapted from the novel “Young and Beautiful” by Jiu Yuexi, has been accused of “Rong Geng” two books of Japanese mystery novelist Keigo Higashino: “Journey Under the Midnight Sun” and “The Devotion of Suspect X,” and aroused heated discussion over whether this was an example of plagiarism.