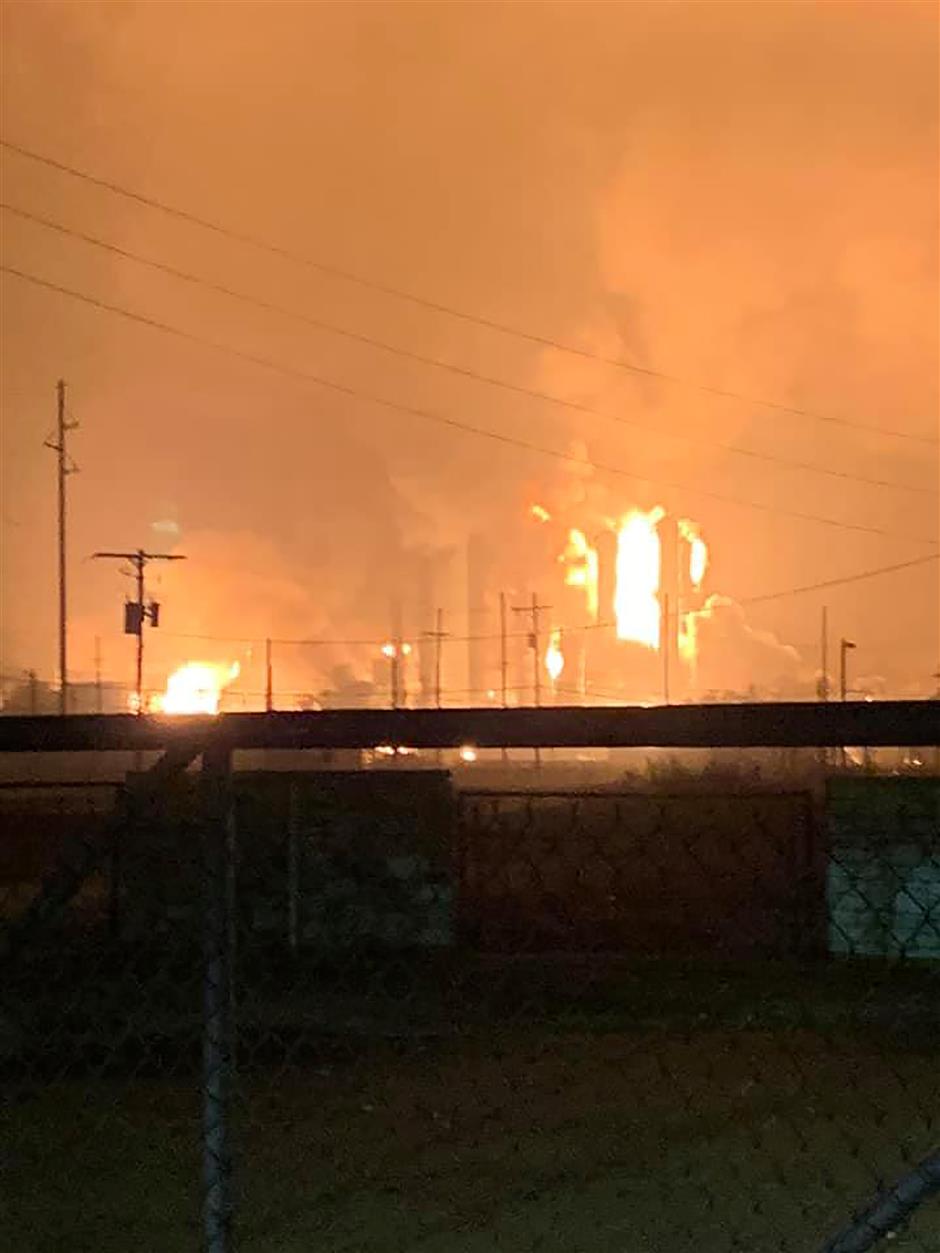 This handout image taken early on November 27, 2019, and released to AFP by Ryan Mathewson, who lives roughly two minutes from the plant with his family, shows fire and flames following an explosion at a chemical plant in the Texas city of Port Neches, east of Houston.

Evacuation orders were lifted on Friday morning for areas within the 4-mile (6.4-km) radius, with the exception of designated safety zones, surrounding the TPC Group's chemical plant in Port Neches, about 150 km east of downtown Houston, US state of Texas.

The fire has been contained and emergency responders are working to fully mitigate the incident, according to the company's latest news release.

Meanwhile, elevated particulate matter associated with smoke has been detected intermittently around the facility and could be harmful to sensitive groups. Direct exposure could result in respiratory irritation, said the release.

Three people were injured early Wednesday morning in the first blast, leading to a nearby neighborhood being evacuated.

There were 30 individuals on site when the first blast occurred and all three of the injured individuals were later allowed home after treatments.

Another evacuation order was issued Wednesday afternoon after the second explosion occurred. The blast caused a tower to fall, but there were no reports of major injuries outside the plant.

The incident occurred in the company's south processing unit and involved a tank filled with finished butadiene, a chemical used in the production of synthetic rubber for tires.

The cause of the explosions remains unknown.