As we all are surely aware, Chinese cuisine is among the most, if not the most, diverse and bountiful in the world. With both surf and turf, combined with a vast array of vegetables, cooked up with varied spices and amalgamations, ingredients and preparation methods vary greatly from region to region.

From the hearty, meat-heavy fare up north to the fiery, tongue-numbing spice in the central and southern regions, to the more delicate but intricate tastes here in the east, the country is a veritable paradise for those with curious palates.

However, there exists a category of food that is known and referred to by many as Chinese, but is, in fact, foreign to those who live here. The cuisine viewed by the vast majority of people in the United States and many other Western countries as "Chinese food" is, despite being Chinese in origin, much different from what can be seen on menus in China itself.

Many of the ingredients and cooking methods have been changed. In some instances, vegetables and spices native to China that were, in the past, scarcely available abroad were replaced with more easily obtained substitutions. In other cases, the taste and appearance of certain dishes were altered to cater to locals' preferences.

Regardless of the origin, entrepreneurial Chinese in the 19th and 20th centuries brought the culinary traditions of their homeland abroad and flourished. There is quite a long and storied history involved that dates back to the mid-19th century and travels a winding path up to the fortune cookies, sweet-and-sour dishes, and the familiar foldable paper boxes known as "oyster pails" that are ubiquitous in Chinese restaurants in Western countries today.

Chinese cuisine first appeared in Europe and the US in the mid- to late 19th century. Its arrival to the latter was spurred by the California Gold Rush of the late 1840s that brought people from many corners of the world to the area in search of the precious yellow metal that, rumor had it, lined the riverbeds of the region.

Many migrants from China were among them, and in subsequent decades comprised a significant percentage of the residents of the burgeoning area. They brought with them, of course, cultural traditions ranging from dress and style to food.

Despite rampant xenophobia in that era, the cuisine eventually began to gain a foothold with local residents. Enterprising restaurateurs from China decided to alter their traditional methods of cooking and seasoning to better fit the tastes of locals. The first dish to become widely popular was called "chop suey," or zasui (杂碎) in Mandarin, essentially meaning random bits and bobs of different things chopped up and cooked together. 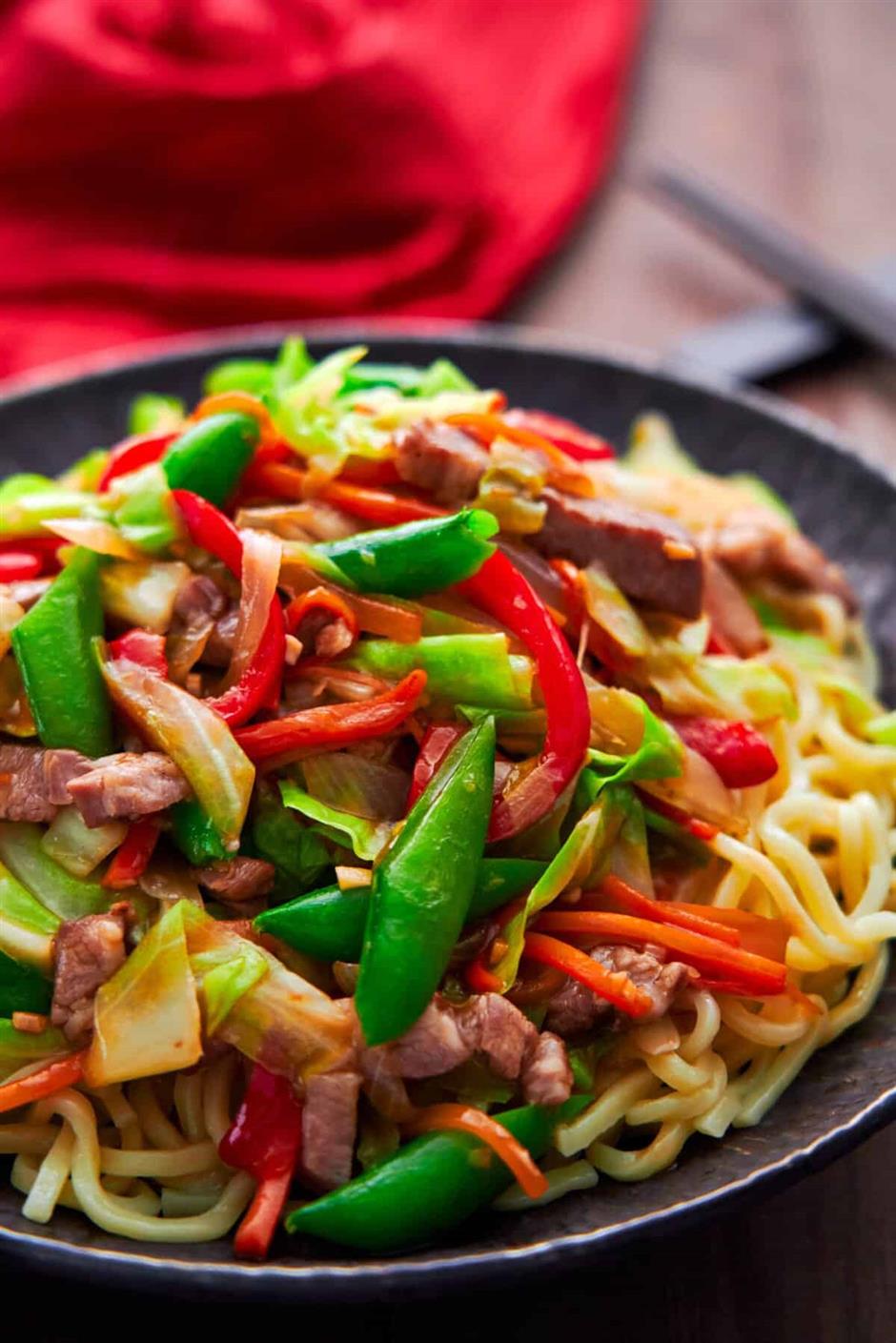 Chop suey refers to random bits and bobs of different things chopped up and cooked together.

Despite this kind of dish perhaps sounding unappetizing to most Chinese palates, it caught on overseas in the early 20th century with eateries known as "chow chow houses" specializing in the dish popping up in numerous cities and towns. These shops boomed in the early 1900s, but by the middle of the century, attitudes and international relations had started to cool, and innovation and popularity in the culinary space did as well.

Former US President Richard Nixon's visit to China in 1972, however, reignited a spark and set ablaze a new fervor for China's delicacies. New restaurants began to pop up, featuring a much wider variety of foods from provinces like Hunan, Sichuan and others. Many of these foods were quite authentic in their origin, but some alterations were made, including often toning down the spiciness a bit and enhancing the sweetness to suit local appetites. Also, some vegetables native to China but more difficult to obtain in the West were replaced with more readily available options ― the Chinese vegetable jielan (芥兰) was often replaced with broccoli, for instance.

However, regardless of the degree of steadfast adherence to Chinese culinary principles or whether the dishes might have suited the tastes of folks in China, the new cuisine flourished in the West, especially in the US. One of the new dishes that appeared at that time that is now the single most popular Chinese-style dish ordered in the US today is called General Tso's chicken.

The dish, consisting of diced, fried chicken tossed in a savory, sweet-and-spicy sauce, was named after Qing Dynasty military leader Zuo Zongtang (whose surname is commonly spelled "Tso" in the dish's name). General Zuo (1812-1885) hailed from Hunan Province and is a revered figure by many there to this day. The chicken dish, though, is essentially nonexistent here in China and is only found on menus in the West, a fact that invariably shocks uninitiated first-time travelers to China upon their arrival. 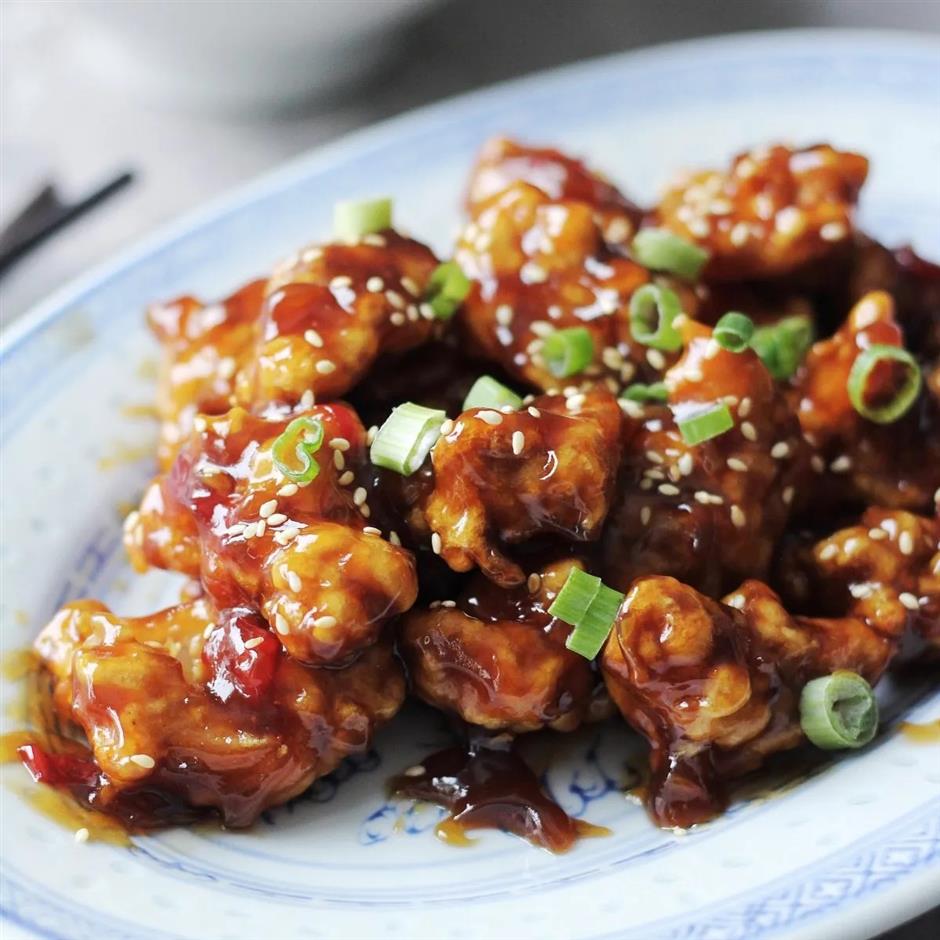 General Tso's chicken is essentially nonexistent here in China and is only found on menus in the West.

It is, though, ironic that despite the fact the general was a huge proponent of the importance of preserving Chinese culture, most Westerners have no idea who he was and only know about the food that was posthumously named in his honor.

Aside from this dish, though, other dishes populate the menus of these restaurants; some of them familiar from China, like kung pao chicken (宫保鸡丁) or chow mein (炒面), and others not recognizable at all, like cashew chicken or orange beef. These menu items have generally been altered or outright invented to be a bit sweeter and starchier than their counterparts in China.

Although I much prefer the diversity of flavors in local food here in China, I must admit that, at times, I do yearn for a bit of the General's finest that I ate growing up.

A restaurant serving this exact fare opened in Jing'an District in 2013 named Fortune Cookie, after the bite-sized semi-sweet treat popular in Chinese restaurants in Western countries. While it did whet my appetite while it was open, it unfortunately was unable to maintain momentum and closed in 2016.

I recently discovered a small spot in Pudong called Chick Rice, owned and operated by chef Will Zhang, that just might be the last place in Shanghai still offering this style of food. Since I found it, I've ordered it a number of times, and have rediscovered the taste of the General's dish. The chef does a masterful job recreating the taste that was a treat for me as a youth.

Zhang told me that the vast majority of his customers are either people from the US or people from China that either studied or lived there for a period of time. Many of them didn't particularly care for this type of food at first but, in time, it grew on them. After their return to China, they miss it from time to time, as I do.

It is tasty indeed, but I've always found it humorous if not a bit ironic that what people back home consider to be Chinese food is what I order to get a nostalgic taste of the US. 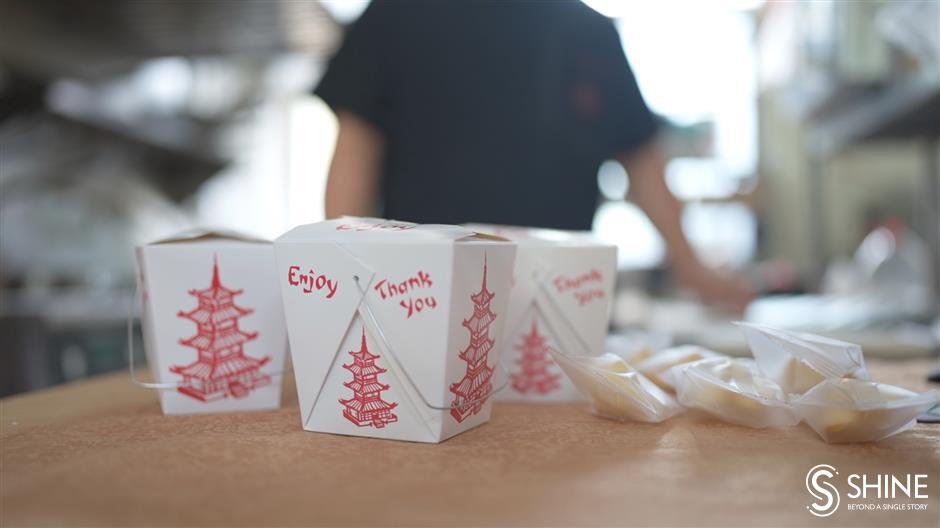 Orange chicken and General Tso's chicken are available at Chick Rice in Pudong.

As we move further into the 21st century, the buffet-style and takeaway-only restaurants with stereotypical names like "Jade Palace" or "Golden Dragon" are slowly being replaced by eateries with more genuine Chinese cuisine as consumers seek the authentic experience rather than one tailored to their presumed sensibilities.

As the decades have passed and intercultural commerce has expanded, many consumers seek to enjoy foreign cuisine as it was originally intended to taste.

However, I think there may always be a place for this particular type of fare. It exists somewhere betwixt the realms of true Chinese cuisine and that in Western countries, particularly the US. For as long as it persists, it will occupy the space in between.

﻿
Special Reports
﻿
62926
,
63078
,
The in-between cuisine: Western-style Chinese food
Don't bother. These wild guesses about foreign brands are simply rumors
Climate change heat is on, time to act now
What's in a name? It's just a matter of personal choice
America's hypocrisy over Taiwan reflects its longstanding playbook
The knife dilemma: Do we really need all those kitchen gadgets?
Embrace the cryptoart but beware of the bubbles
The services sector should be prioritized for job creation
Smart museums will profit from the metaverse's economic benefits
Welcome to join us at CIIE, says the leader of a WeChat group of exhibitors
EXPLORE SHINE