Bianca Andreescu of Canada poses with the championship trophy after defeating Germany's Angelique Kerber 6-4, 3-6, 6-4 in the women's final of the BNP Paribas Open at the Indian Wells Tennis Garden in Indian Wells, California, on Sunday.

Dominic Thiem climbed to a career-best ranking of fourth on Monday after clinching his maiden ATP Masters title with his defeat of Roger Federer at the BNP Paribas Open in Indian Wells, California.

Austrian Thiem, who was also briefly ranked fourth in the world in late 2017, rose four places after beating Federer 3-6, 6-3, 7-5 on Sunday to deny the Swiss star a record sixth Indian Wells crown.

Federer, 37, dropped one spot to fifth as the top three remained unchanged with Novak Djokovic ahead of Rafael Nadal and Alexander Zverev of Germany despite the Serb's third-round exit in California.

Spaniard Nadal, who pulled out of his semifinal with Federer due to a knee injury, will skip this week's Miami Masters as he targets a return to competition for the claycourt season.

Juan Martin del Potro dropped three spots to eighth after he was unable to defend his Indian Wells crown because of a knee problem. The Argentine will also miss the Miami event.

Meanwhille, Canadian teenager Bianca Andreescu rocketed up 36 places to a new-best of 24th in the WTA rankings a day after her historic triumph at Indian Wells.

Andreescu, with just one Grand Slam main-draw victory to date, continued her meteoric rise having been ranked 243rd as recently as last October.

Wimbledon champion Kerber moved up four places to fourth as Japan's Naomi Osaka stayed top of the pile despite crashing out in the last 16 in a failed title defense.

Simona Halep, who also lost in the fourth round, slipped from second to third as the Romanian was replaced by Czech Petra Kvitova.

Belinda Bencic continued her resurgence as she broke back into the top 20 after reaching the Indian Wells semifinals, a run that included a victory over Osaka.

The 21-year-old Swiss won her first title in four years at Dubai last month after a string of injuries and a slump in form threatened to derail her career. 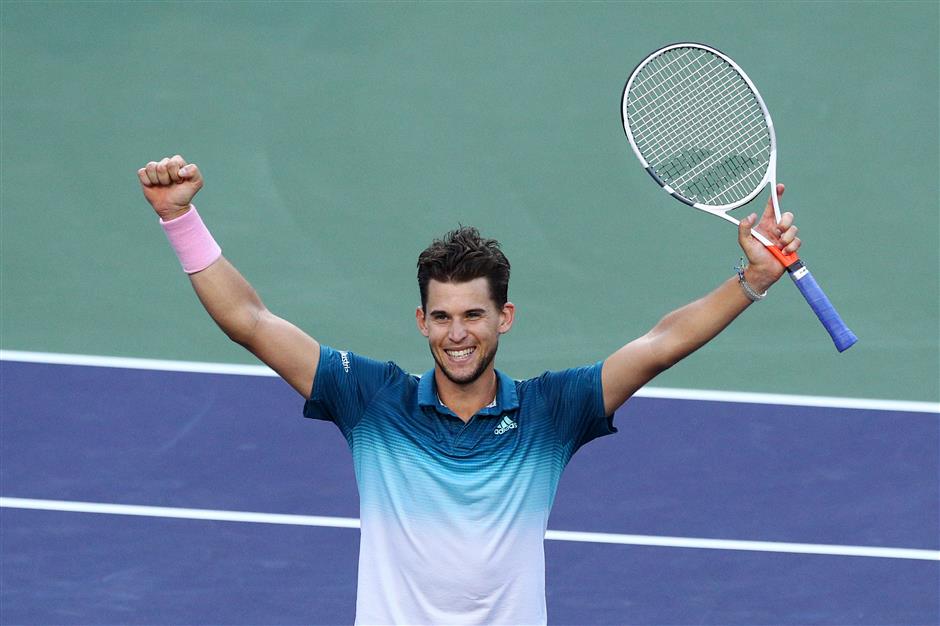 Austria's Dominic Thiem celebrates after defeating Roger Federer 3-6, 6-3, 7-5 in the men's final of the BNP Paribas Open in Indian Wells, California, on Sunday.