Federer braced for another next-gen challenge in 2020 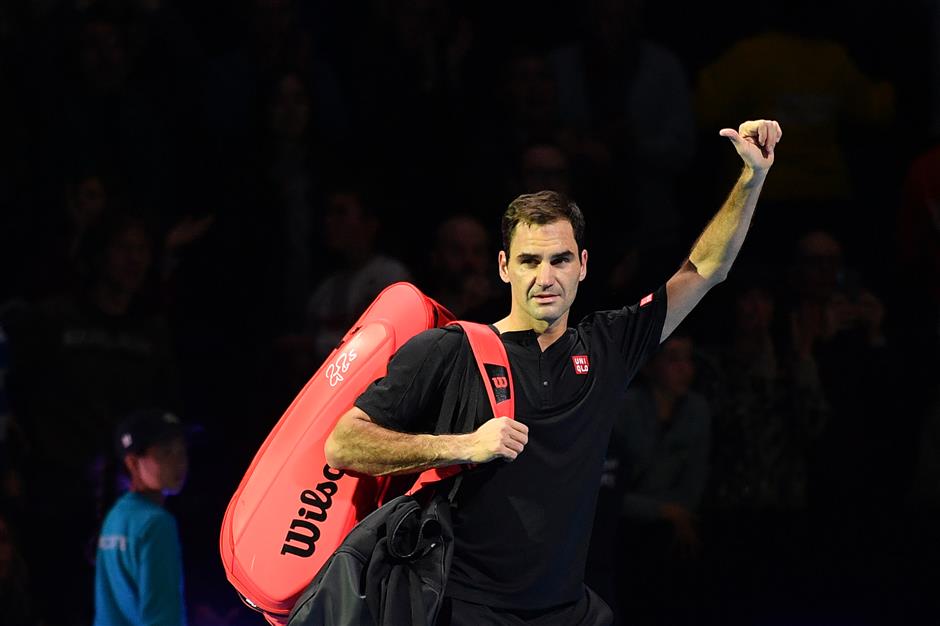 Switzerland's Roger Federer acknowledges the crowd after losing the ATP Finals semifinal to Stefanos Tsitsipas of Greece 3-6, 4-6 at the O2 Arena in London on Saturday.

After dominating the tennis world for so long, Roger Federer thinks the sport’s Big Three could face their toughest challenge yet from a new generation in 2020.

Federer’s 2019 season ended with a semifinal loss to Stefanos Tsitsipas on Saturday at the ATP Finals in London, having seen Novak Djokovic and Rafael Nadal eliminated in the group stage of the tournament this week.

Tsitsipas, a 21-year-old Greek who is playing at the ATP Finals for the first time, is among a handful of up-and-coming talents looking to finally end the unprecedented era of dominance by that trio. Other youngsters at the season-ending tournament include defending champion Alexander Zverev at 22 and US Open runner-up Daniil Medvedev at 23.

However, it’s not the first time that the 38-year-old Federer has faced talk about a talented crop of youngsters, even though none of them have so far been able to break the Big Three’s iron grip on the sport.

”It's the same question every year at the end of the year,” Federer said about the new generation. “But does it feel like this year might be the best year yet? Possibly. … But then I look at the list of who finished world No. 1, who has been world No. 1 all these years, and it's just crazy that it's always one of us. But we are not getting any younger. So chances increase not because we are getting worse but because they are getting better.”

Nadal clinched his fifth year-end No. 1 title last week, putting him level with both Federer and Djokovic. Since 2004, the only other person to finish the year atop the rankings was Andy Murray in 2016.

In addition, the Big Three have won the last 12 Grand Slam titles between them. And until one of the youngsters ends that streak, any talk of a generation shift is premature.

”Definitely it's that next step they need,” Federer said. ”The only issue is that it seems like me, Novak, and Rafa are healthy, healthier than maybe in previous years, as well.”

Zverev, for his part, is convinced that the new guard is ready to compete for majors.

"I think next year will bring a new Grand Slam champion. We'll see who that will be, because I think the young guys are playing incredible tennis," the German said after losing to Austria's Dominic Thiem in the second semifinal at the O2 Arena. "You know, it can be Daniil, it can be Stefanos, it can be Dominic. I'm in the mix, as well, I hope. We'll see what next year brings. But I think for the young guys, it's going to be an exciting year."

The third-ranked Federer ends the year with four ATP titles, but failed to add to his record haul of 20 Grand Slams when he lost an epic Wimbledon final to Djokovic, despite holding two match points in the fifth set.

He also fell short of a record-extending seventh ATP Finals title after converting just one of 12 break points against Tsitsipas, losing 3-6, 4-6.

As long as he stays healthy, though, Federer is confident he’s still good enough to compete for more majors next season.

“I've got to keep on playing at the level like I have this year, and then I will create some chances,” he said. “Then when the matches come, it's not maybe as easy as it was maybe 10, 15 years ago where you're just going to play very good, day in, day out. … (Opportunities) were there today ... They were there in other moments as well this season, maybe Indian Wells or Wimbledon or whatever. That can change an entire season around, the confidence around, the flow of things. But I'm happy how I played this season, and I'm extremely excited for next season.” 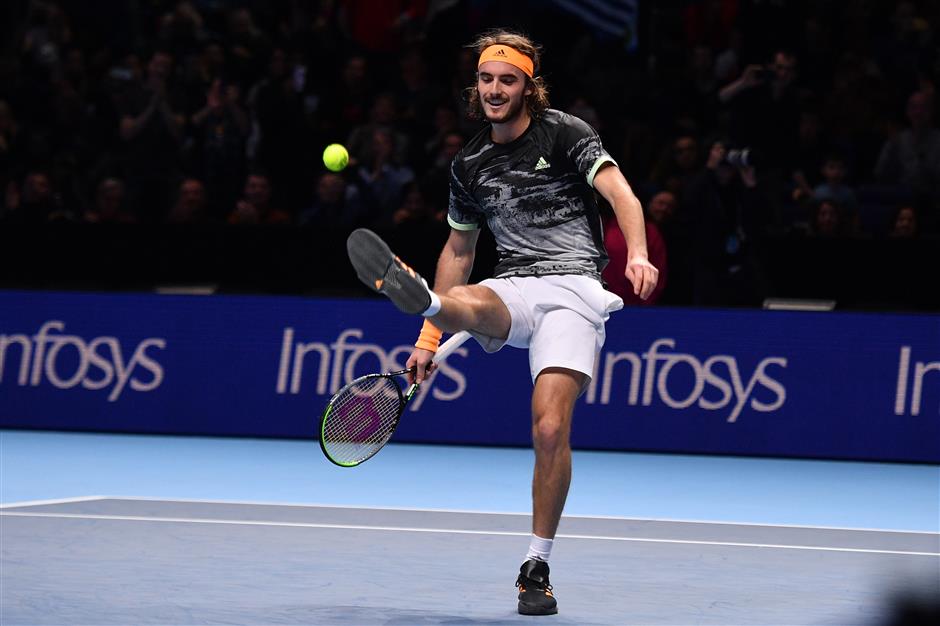 Greece's Stefanos Tsitsipas kicks the ball as he celebrates his 6-3, 6-4 victory over Switzerland's Roger Federer in the ATP Finals semifinal at the O2 Arena in London on Saturday.