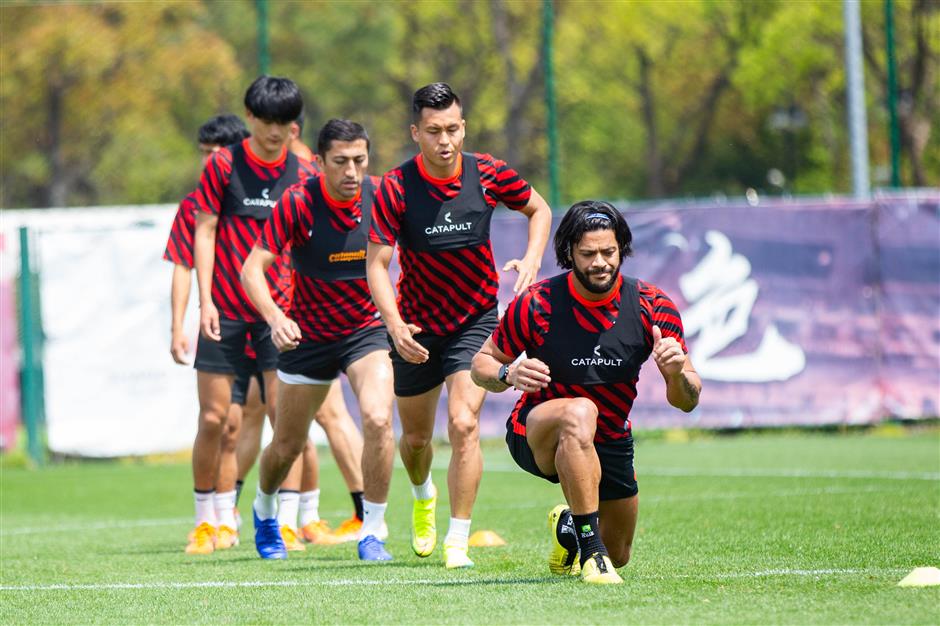 Brazil striker Hulk leads his Shanghai SIPG teammates as they take part in a training session at Pudong's Century Park ahead of the start of the Chinese Super League season, which was delayed because of the novel coronavirus pandemic.

Shanghai and Guangzhou will be the two host cities for the 2020 Chinese Super League which is expected to kick off in July, according to the Chinese Football Association's latest tentative league resumption plan.

With the Chinese Basketball Association announcing the resumption date for the national league on June 20, the country’s football authorities have been under pressure to follow suit.

The CFA sent a nine-member team to Shanghai and Guangzhou, capital of southern Guangdong Province, last week to inspect venues, as the 2020 CSL season is expected to unveil a new format in response to the impact of the novel coronavirus pandemic.

According to the plan, which is yet to be approved by the CFA, the 16 CSL teams will be divided into two groups for round-robin matches in Shanghai and Guangzhou. Seven rounds of games will be played in each group before the leading teams of each group enter the next stage to decide the final ranking.

It is still unclear whether the 2020 CSL season will do away with relegation.

Under the latest plan, the 2020 CSL season can be accomplished within some 15 rounds of matches – half of a normal season — so that clubs with AFC Champions League engagements won’t have too tight a schedule, while national team players can save their energy for 2022 World Cup preliminary matches. 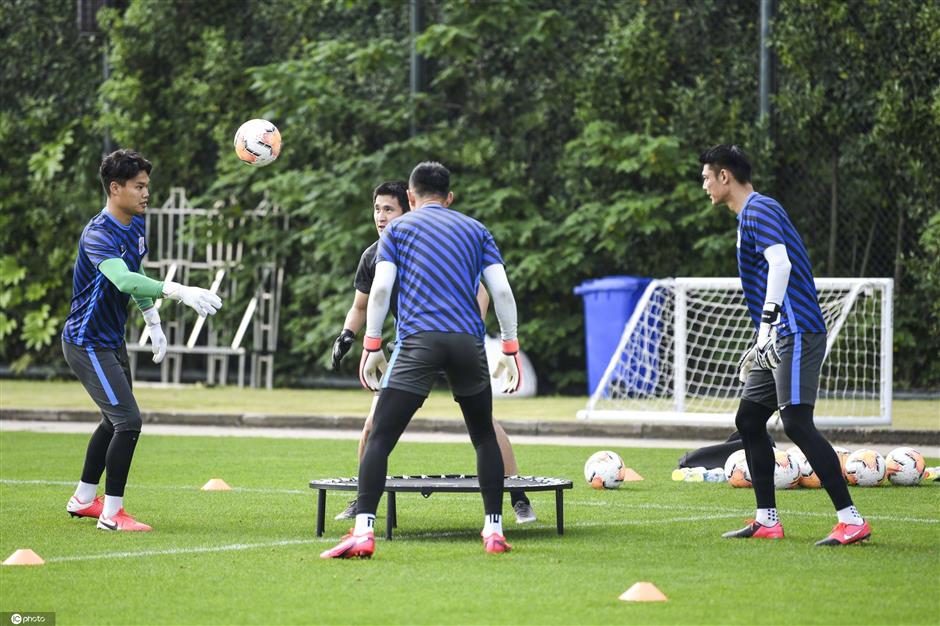 Shanghai Greenland Shenhua’s home ground Hongkou Football Stadium and Pudong’s Yuanshen Stadium, as well as Jinshan Football Stadium in suburban Jinshan District, might become the major venues once Shanghai is announced as a host city. Since Shanghai Stadium, home of Shanghai SIPG, is under renovation, the CFA may go for Suzhou’s Olympic Sports Center stadium in neighboring Jiangsu Province as a backup choice.

Guangzhou also has adequate venues and training fields. Some domestic media reports suggest that the CFA might consider sending the two Shanghai teams – SIPG and Shenhua – to Guangzhou, and the two Guangzhou teams – defending champion Evergrande and R&F – to Shanghai for group matches so as to avoid “home advantage.”

But nothing is confirmed yet as clubs still await the CFA’s final decision on the format and kickoff time for the 2020 season.

Some CSL foreign players and coaches, including Shenhua captain Giovanni Moreno and Beijing Guo’an’s French head coach Bruno Genesio, have not been able to return to China yet due to virus-induced border controls.

Special Reports
ADVERTISEMENT
Shanghai, Guangzhou tipped to host matches when CSL resumes
IOC to work with Beijing 2022 organizers through 'peak to peak' approach from Tokyo to Beijing
Chinese Super League taps Shanghai and Guangzhou
Six Chinese U-19 footballers banned after violating team's epidemic control regulations
Six U-19 China footballers suspended for drinking
CBA league to resume on June 20 after coronavirus
'Who is this kid?' NBA star Curry hails one-armed Chinese boy
Formula One CEO says racing will not be canceled
IOC staff to return to office from June 8
Construction of medical security center for Beijing 2022 to be accelerated
EXPLORE SHINE