Juss Event, the organizer of Shanghai’s top-tier international competitions and events, is venturing into the extremely competitive but profitable world of sports agency, and has signed up two promising Chinese athletes, tennis player Hua Runhao and motor racer Zhou Guanyu, as its first clients.

“But we are still missing top Chinese athletes in these two sports,” he added, suggesting the need for more intermediaries to boost the profile of local talents and negotiate on their behalf.

And state-owned Juss Event fits the bill perfectly and has valuable experience of it. As the country’s leading and earliest sports event organizer, it has successfully hosted sporting events in the city like the Formula One Chinese Grand Prix, ATP 1000 Rolex Shanghai Masters and equestrian Global Champions Tour for more than a decade.

“Our company has reached its full potential regarding event management in 2019, presenting 12 international events in a calendar year,” said Yang. “So we have decided to expand into other areas to develop the company further. Sports agency is our latest exploration, and we hope one day it will become one of the company’s core businesses.” 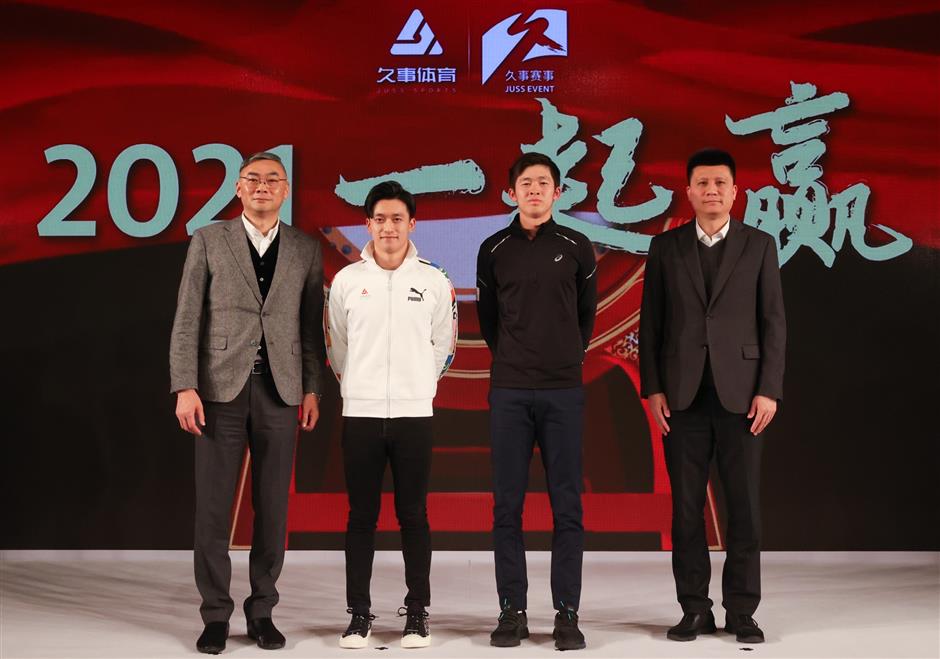 Yang said Juss Event’s support for Hua and Zhou will mainly be on the commercial level. The company will help them out with sponsorships, secure competitive opportunities, provide more exposure and explore the commercial values of the two athletes.

“We will be working while also learning. It’s a new field for us, and we will borrow from the experience of other sports management and talent companies like IMG and SECA,” Yang added.

Juss Event was among the many organizations that took a big hit due to the coronavirus pandemic last year. The only major event it could manage in 2020 was a new amateur tennis tournament, One-Point-Win, to replace the canceled Shanghai Masters.

The date for the 2021 F1 Chinese Grand Prix has yet to be undecided. As per FIA’s newly released race calendar, the 2021 championship will start in Bahrain instead of Australia in March.

“We have asked the FIA to move the Chinese GP to the second half of the year,” said Yang.

“Hopefully, the 2021 Rolex Shanghai Masters will be held as per schedule.”

At the 2008 Australian Open semifinals, Frenchman Jo-Wilfried Tsonga produced what was arguably one of his career-best performances to stun second seed Spaniard Rafael Nadal.

Tsonga, then world ranked 38 and competing in only his fifth Grand Slam, surprised even himself as he upset the odds to storm into the final. He was so good that Nadal did not have a break point until the second game of the third set.

That spirited display by the Frenchman won him fans the world over, one of them from distant Shanghai.

“I remember that game very well. I was in Australia and watched the game live. He took out Rafa in an hour and a half,” said Hua Runhao, then just 12, when asked what prompted him to pick tennis over other sports that the Chinese have come to dominate like badminton and table tennis.

“My dad played tennis too, so that was easy (decision for me),” Hua said. “You can say he was my early hitting partner.

“I also wasn’t the strongest kid. I kept falling sick as a child. My parents thought some exercise or doing sports would help. So I took some early lessons in the sport. That’s how I got started.” 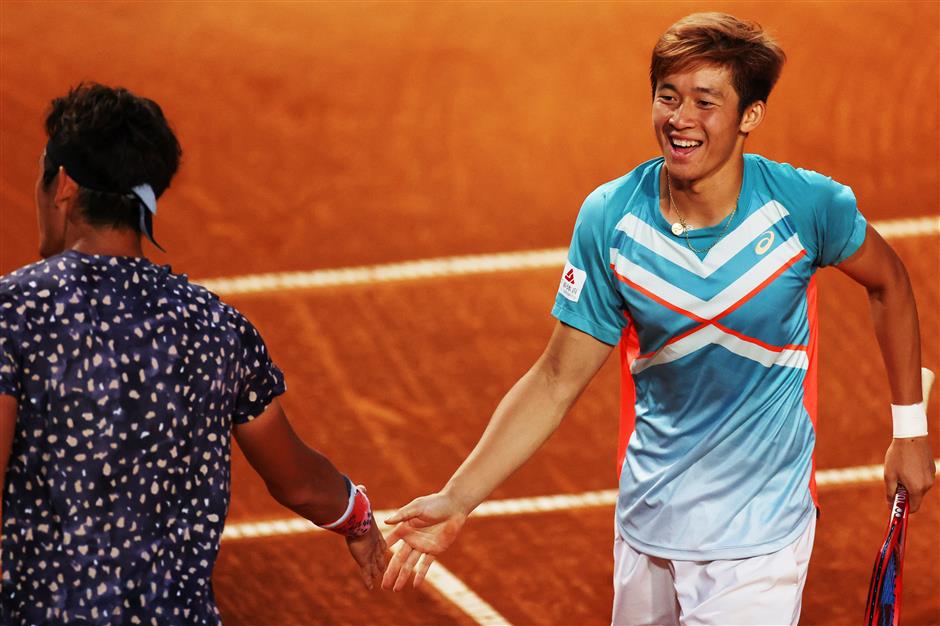 Young Hua won several singles and doubles championships in the U10 and U12 competitions, and several shades of medals at the National Games in China. He moved a notch up, competing at the Australian Open juniors event in 2014.

With his parents backing his choice of the sport, Hua left for the United States to hone his skills. He enjoyed some success there too, becoming the Midwest regional singles champion and doubles runner-up of NCAA (National Collegiate Athletic Association). In 2018, he was selected to All American after leading the Michigan University tennis team to last 16 in both the team and singles events of NCAA.

“In college, you play almost every weekend. You see different players but there is always competition out there. All those players come from around the world, so you get to see how they do it elsewhere.”

Back in China, Hua won one singles and three doubles championships on China tour last year till the pandemic put paid to his plans, especially hurting his bid to move up in the rankings. But Hua, whose current Chinese ranking in singles is No. 9 and No. 6 in doubles, continued to train and “tried best to stay focused by watching videos.” 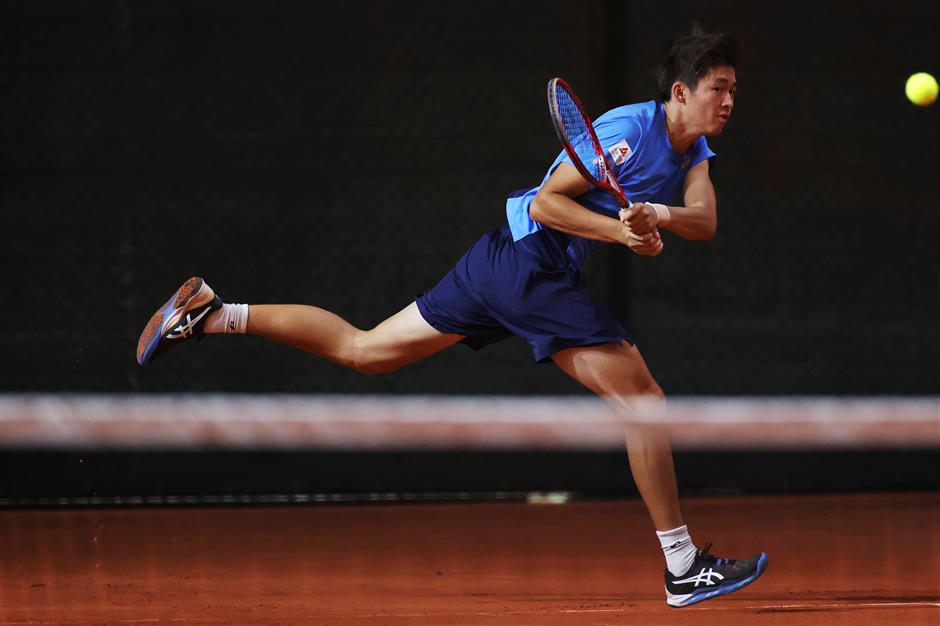 Due to the pandemic, Hua has been training in Nanjing, Jiangsu Province, with the local tennis team.

“I practiced more and tried to get some things right,” he said. “It was still four to four and a half hours of training on the practice courts. Off the court, I traveled a little less with all tournaments canceled.

“The Chinese Tennis Association got us some tournaments to play, so that means there were some competitions going on, some prize money to cover other costs … But I know myself and some other players are eager to have the international tournaments back.”

While others may have struggled to keep themselves motivated in the midst of the pandemic shutdown, Hua insists it was not an issue for him.

“Motivation is very simple, because I want to do this … I want to play. I had the option when I graduated to get a job or play tennis professionally, and I chose this. So motivation is not a worry.”

For now, he “just wants to play hard, as many tournaments as possible, and win some of them.”

“That is my goal for 2021. Without the international tournaments, it is a big hit for tennis players because you live by the rankings, you live by those prize money.”

Formula Two driver Zhou Guanyu’s goal for the 2021 season is to collect enough points to acquire the FIA Super License and become an F1 reserve driver at the earliest.

“Currently, I’m the closest one for an F1 seat among all the Chinese drivers,” the 22-year-old Shanghai native said.

Zhou was the first driver from the Chinese mainland to win a seat as a development driver with an F1 team when he got the nod from Renault at the beginning of 2019. It was also his debut season in F2, where he won one pole position and reached the podium five times before finishing seventh in the year-end drivers’ standing.

He then became Renault’s test driver in 2020 and clinched his first F2 win in Russia last September. He ranked sixth in the drivers’ standing at the end of last year. 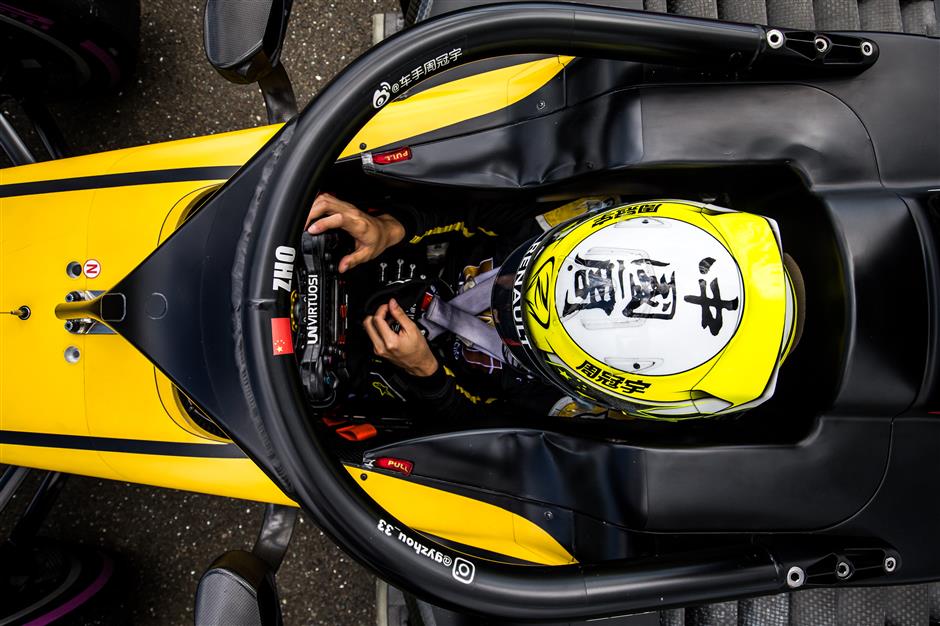 Shanghai native Zhou Guanyu is the only Chinese driver with the possibility of getting an FIA Super License required to race in F1.

“If it were not for the mechanical problems I encountered in the latter part of last season, I would have had the chance to collect the 40 points needed for a Super License,” Zhou told Shanghai Daily.

“I have some 20 points now and will collect the rest this year to pursue the dream of becoming the first Chinese F1 driver.”

Zhou did drive a Renault F1 car in front of his home fans two years ago when the 2019 F1 Chinese Grand Prix presented a roadshow to mark the F1’s historic 1,000th race.

“I had never imagined myself sitting in an F1 car in front of home fans,” said Zhou.

“With this cooperation with Juss Event, I believe there will be more such opportunities in the future. If the 2021 Chinese GP does happen, I might get the chance to sit in the cabin again and help promote the sport.” 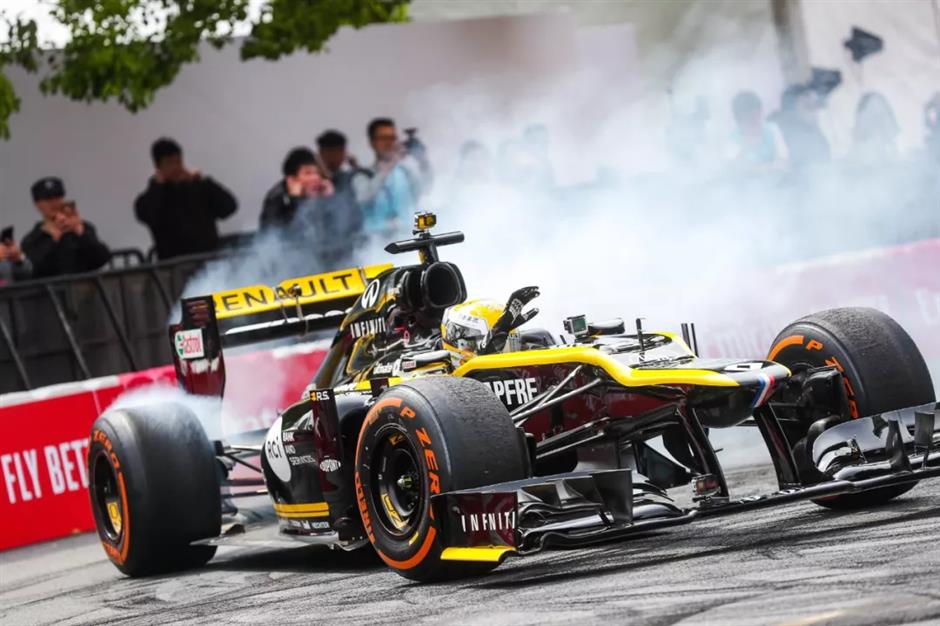 Zhou drove a Renault F1 car in front of his home fans during a roadshow in downtown Xintiandi in Shanghai two years ago.

Zhou started karting at the age of 7, and moved to the UK for a more competitive racing environment. He was a member of the Ferrari Driver Academy from 2015 to 2018.

“The racing environment overseas offered more systematic training and racing plans, as well as a more professional team to help me improve,” he said. “I also got the chance to communicate with other young foreign drivers when we competed together.”

Zhou took part in the pre-season testing for Renault’s new RS20 car last month in Abu Dhabi, where he met two-time world champion Fernando Alonso. The Spaniard will be racing for Renault in the coming season.

“It was great to meet my childhood idol in the same team pit,” said Zhou. “Alonso got used to the car quickly and tested it for long-distance driving. My job was more about testing new things for RS20, including the engine, electricity-saving strategy and tire pressure.”

Given the uncertain development of the coronavirus in the UK, Zhou has been training by himself in Shanghai and keeping himself fit for the new F2 season.