Boeing announced sweeping cost-cutting measures yesterday after reporting a first-quarter loss of US$641 million following the hit to the airline business from the coronavirus pandemic.

The aerospace giant plans to reduce its workforce by 10 percent through a combination of voluntary and involuntary layoffs and will slash production of its main commercial planes, including the 787 and 777, Chief Executive David Calhoun said in a message to employees that accompanied an earnings release.

“The aviation industry will take years to return to the levels of traffic we saw just a few months ago,” Calhoun said. “We have to prepare for that.”

Calhoun said the job cuts would be deeper — more than 15 percent — in commercial airplanes and services, as compared with defense and space systems, where the business has been more stable.

The quarterly loss of $641 million compared to profits of $2.1 billion in the year-ago period. Revenues fell 26.2 percent to US$16.9 billion.

Calhoun said the belt-tightening was needed to maintain adequate liquidity at a time its revenues are depressed, adding that the company is “exploring potential government funding options” in the wake of COVID-19.

Boeing has previously called for US$60 billion in government support for the US aerospace industry. Federal relief legislation includes US$17 billion aimed at Boeing. Calhoun has previously balked at the idea of the US taking a stake in Boeing.

Boeing said the pandemic crisis has hit demand for new planes and services. 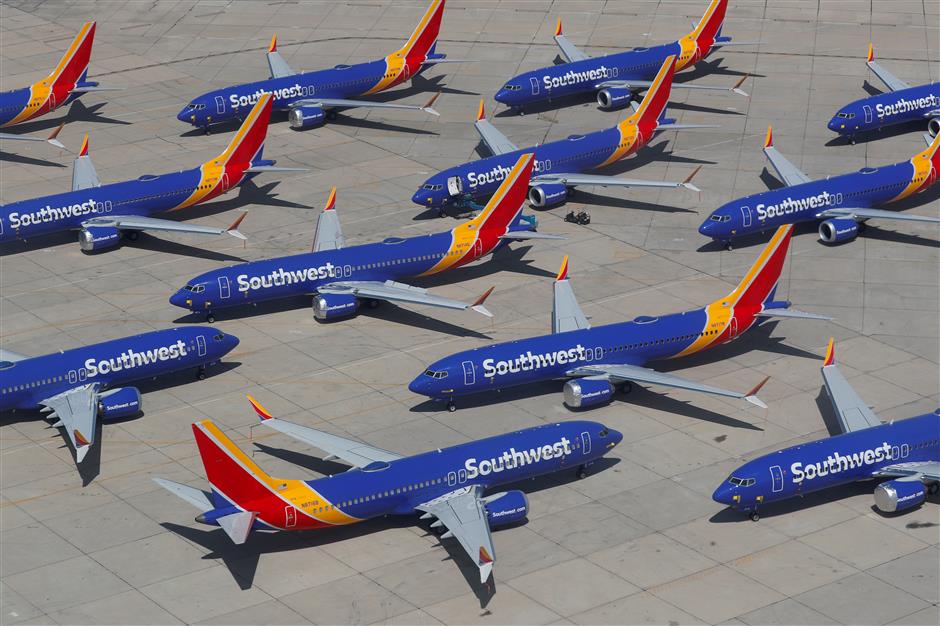