SenseTime aims to fight the pandemic with its AI capabilities

The first batch of SenseTime employees to return to the Shanghai office were from the digital epidemic prevention, AIDC (Artificial Intelligence Data Center), smart health, smart auto, research and development, and operations teams.

The resumption of operations will "facilitate SenseTime's endeavor to fight the epidemic with its leading AI capabilities," the HK-listed company said. 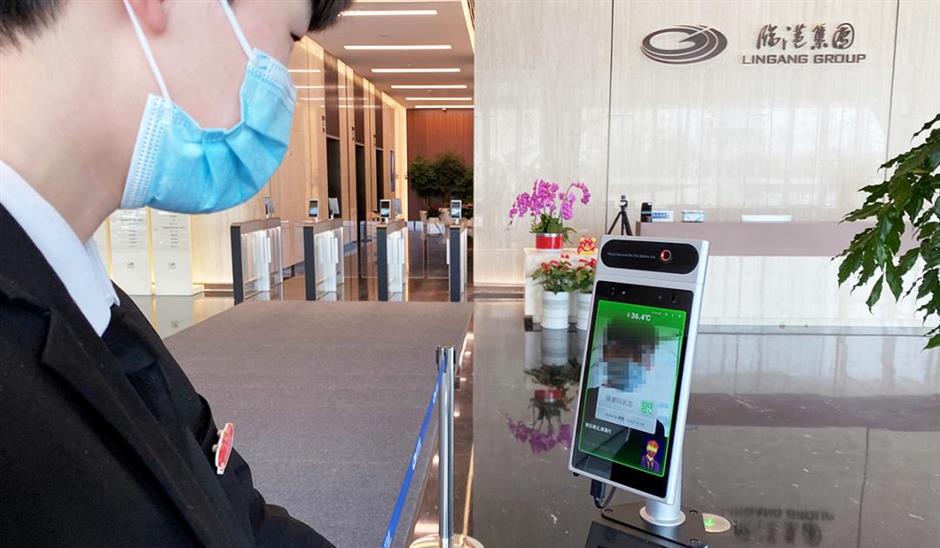 SenseTime-developed AT technology is used at its office building in Shanghai.

Shanghai has been promoting the venue code and "digital sentry" machines in public places and residential compounds, making them mandatory for work resumption in some places.

SenseTime also continues to run the AIDC, one of the largest AI-powered data centers in Asia, located in Pudong's Lingang. It provides computing capabilities and advanced AI algorithms that empower various industry verticals such as automotive and industrial.

Also this week, Shanghai branches of five banks issued a total credit line of 65 billion yuan (US$10 billion) for loans to specifically support the AI industry.

According to the Shanghai Commission of Economy and Informatization, the credit line was signed on Tuesday by 24 AI firms, including SenseTime and many small and medium-sized enterprises.