Tougher commuting between Shanghai and Kunshan A checkpoint at the border of Shanghai and Kunshan in neighboring Jiangsu Province.

Kunshan, a city in Suzhou that borders northwest Shanghai, is allowing people to commute between the two neighboring cities.

According to the traffic enforcement department of Kunshan, more than 95,000 people applied to commute between the two cities when the border opened last Monday. More than 10,000 applications were not approved because the applicants did not supply test results.

Commuters must register and obtain a digital pass on the "Lulutong" (鹿路通) app (only in Chinese). They must also have daily PCR tests and renew their pass with a negative test result every 24 hours.

"I took Metro Line 11 to Anting in Shanghai, and then walked through the border checkpoint to Huaqiao in Kunshan," Wang Yi, who works in Shanghai and lives in Kunshan told Shanghai Daily on June 23 when passing the checkpoint.

"I update my PCR test result every day to renew my pass – nothing difficult but taking some time."

Before the resurgence of the pandemic in Shanghai, Wang could take Metro Line 11 to her home near the Zhaofeng Road Station.

"Now it takes me an extra hour to get home," she said. "Everything has advantages and disadvantages. These commuter rules are good for every one's health. I can understand them." 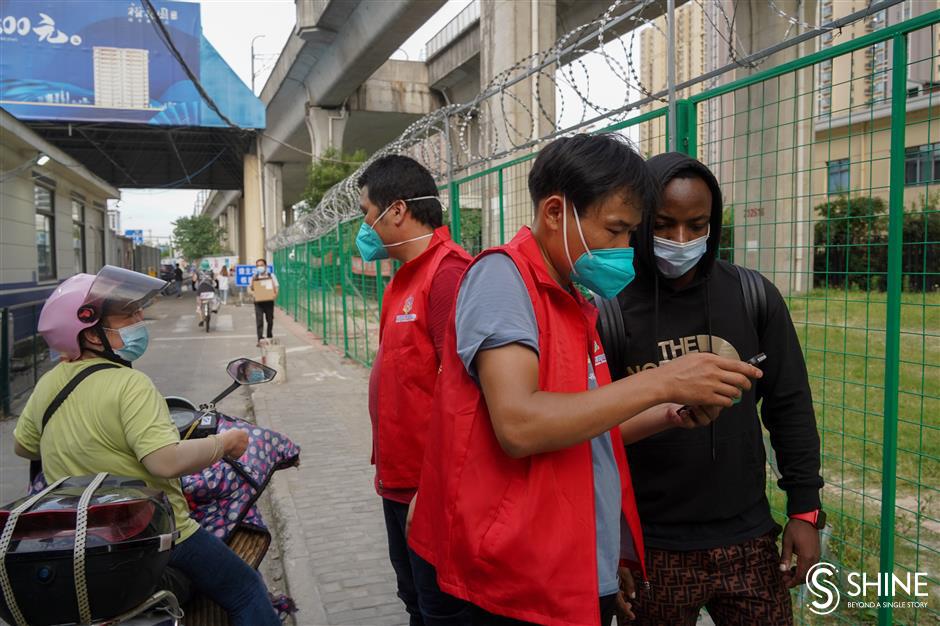 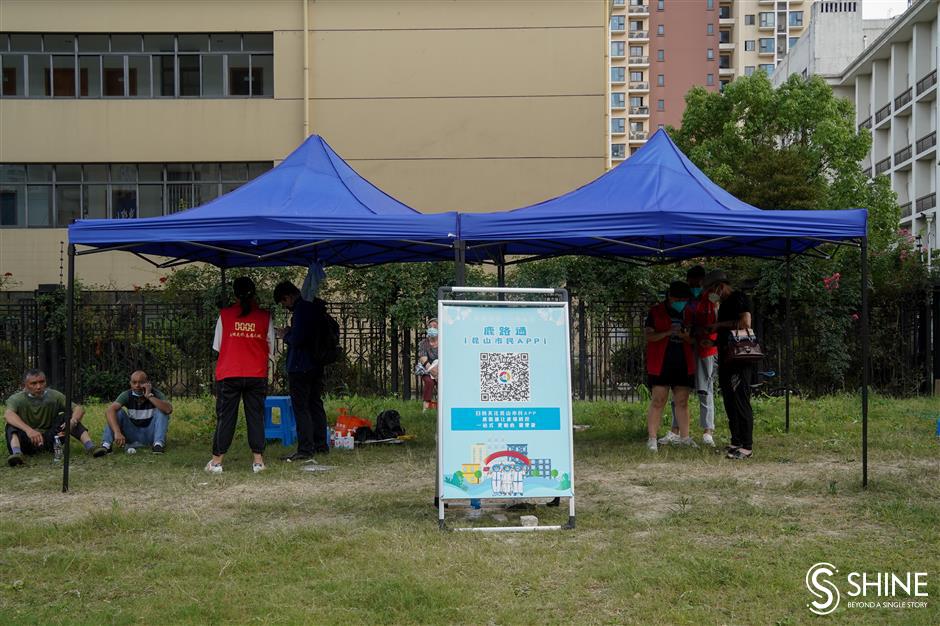 People without a digital pass can apply on the spot, but it usually takes hours to be approved. 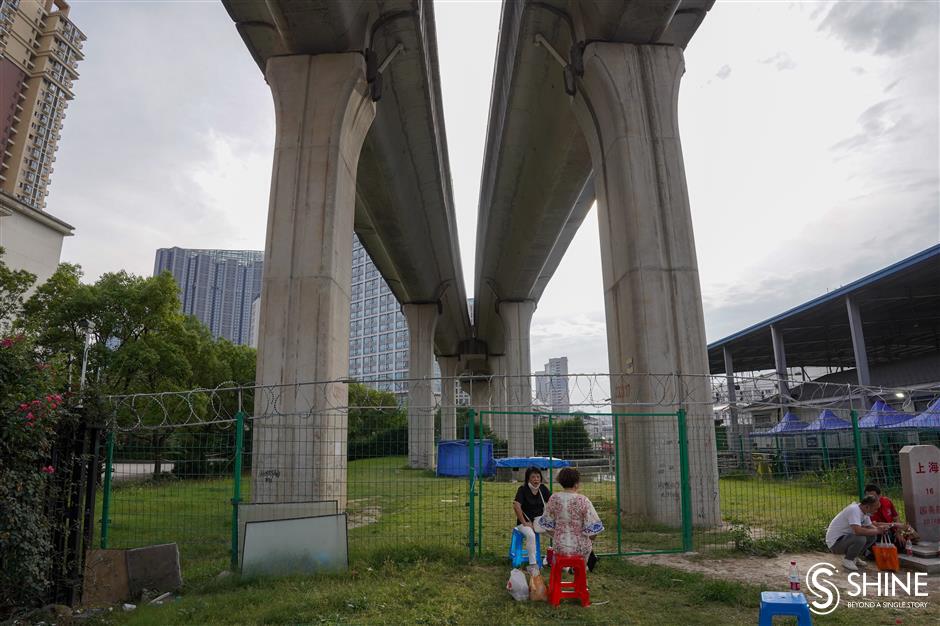 People wait for approval of their application for a digital pass at the border of the two cities.

But some people have difficulties obtaining the digital pass.

A retiree surnamed Chen, who lives in Kunshan, needs to get his pension and buy medicine in Shanghai.

"A commute pass requires a proof of employment in Shanghai, but as I am a retiree, commuting between the two cities is still impossible for elderly people like me," Chen said. 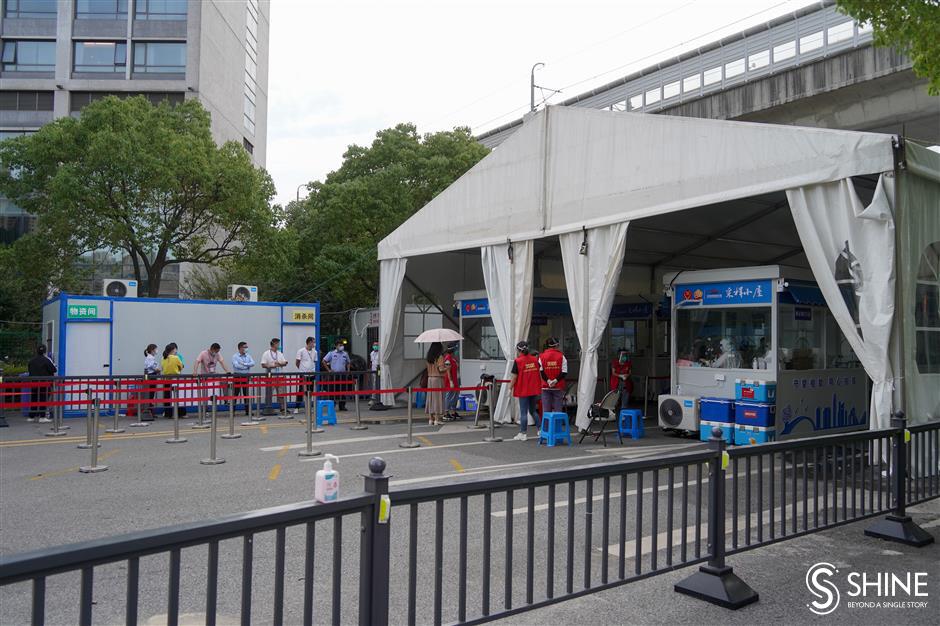 There are free PCR test services at the checkpoint. Commuters are required to have daily PCR tests and renew their pass, with a negative test result, every 24 hours. 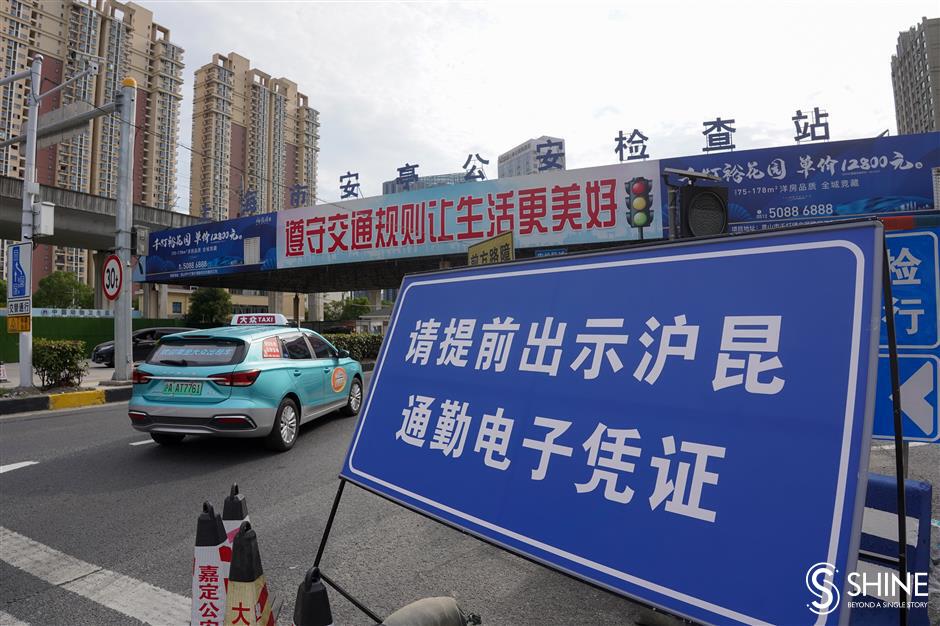 A sign near a checkpoint asks the drivers to show their digital pass. 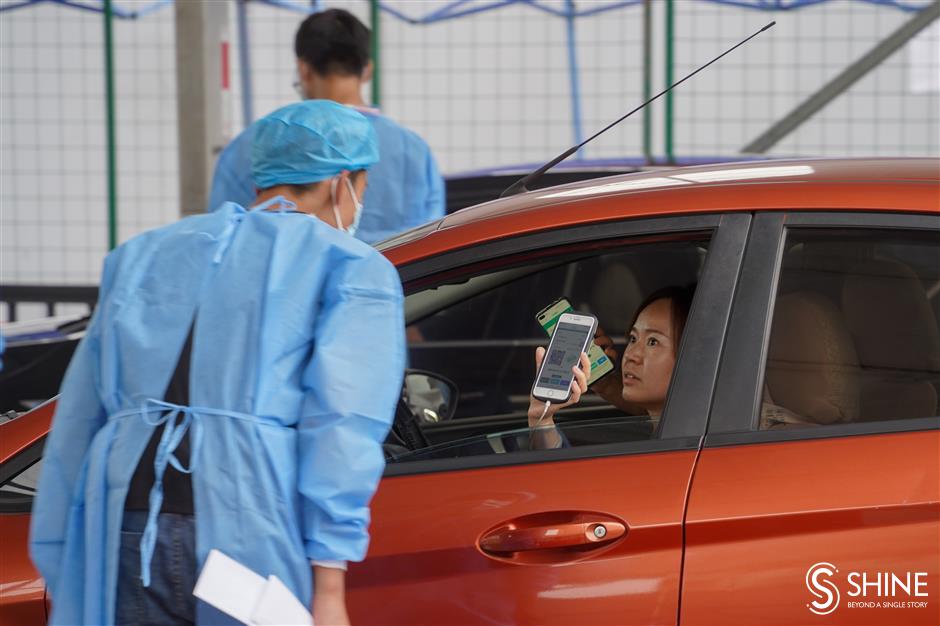 A driver displays her digital pass. 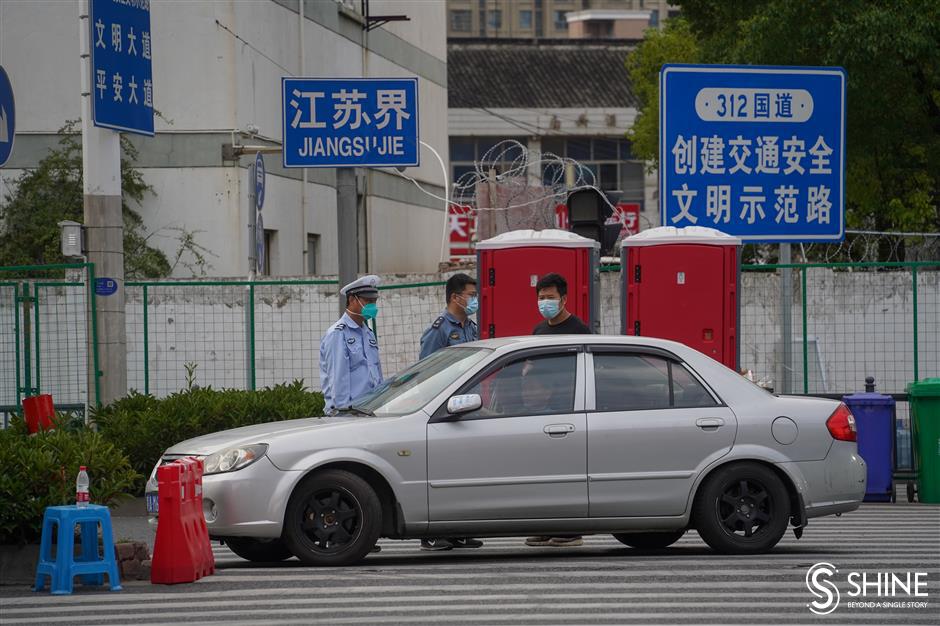 A driver without a pass is stopped by police and ordered to return to Shanghai.