Telling tales of decadence and bats in Prince Gong's Mansion 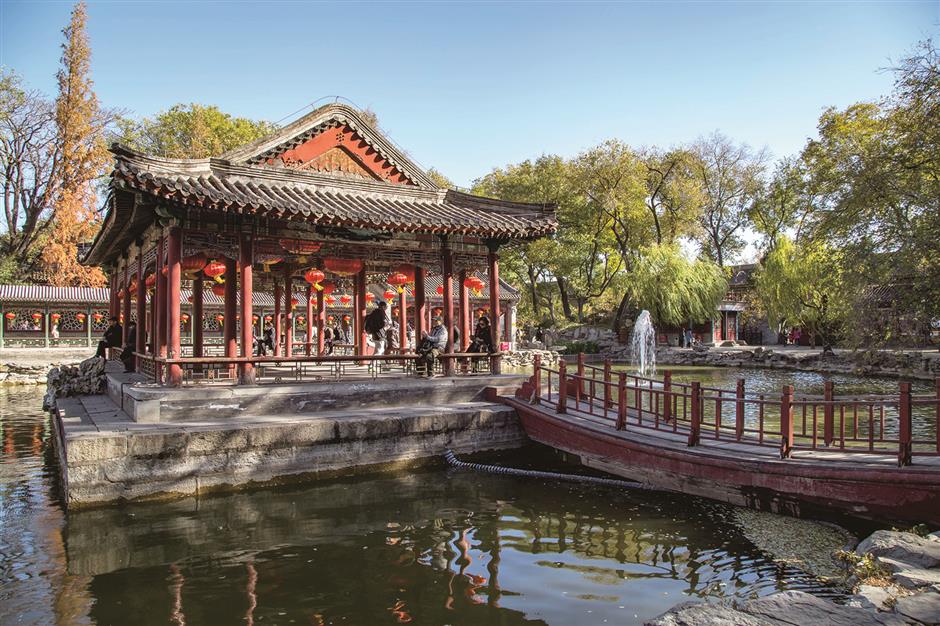 The walls of Prince Gong’s Mansion tell as many stories as the Forbidden City about its owners’ treacherous political journeys under the Qing Dynasty (1644-1911).

A mansion that carries the tales of the peak and decadence of the latter half of the Qing Dynasty (1644-1911) currently sits in Xicheng District in Beijing.

The mansion was built as a private residence in 1776 by Heshen (1750-1799) — a top-ranking official under the reign of Emperor Qianlong (1711-99). Heshen is notoriously known as one of the most corrupt officials in history. At a young age, he quickly gained favor from Emperor Qianlong and rose in the ranks of the imperial court.

However, after the death of Emperor Qianlong, Emperor Jiaqing (1760-1820)took the opportunity to remove Heshen from his political position for corruption and abuse of his powers. He was sentenced to take his own life in 1799.

In 1851, Prince Gong, Yixin (1833-98) — a prominent political figure during the late Qing Dynasty period became the third owner of the mansion.

The mansion that once belonged to Heshen is now known as Prince Gong’s Mansion.

Prince Gong was bestowed this largest royal palace in the Qing Dynasty by his brother — Emperor Xianfeng (1831-61) who he was close to during his growing up years.

It is said the prince’s mansion has good fengshui because it sits on one of the two “Dragon Veins” in Beijing. 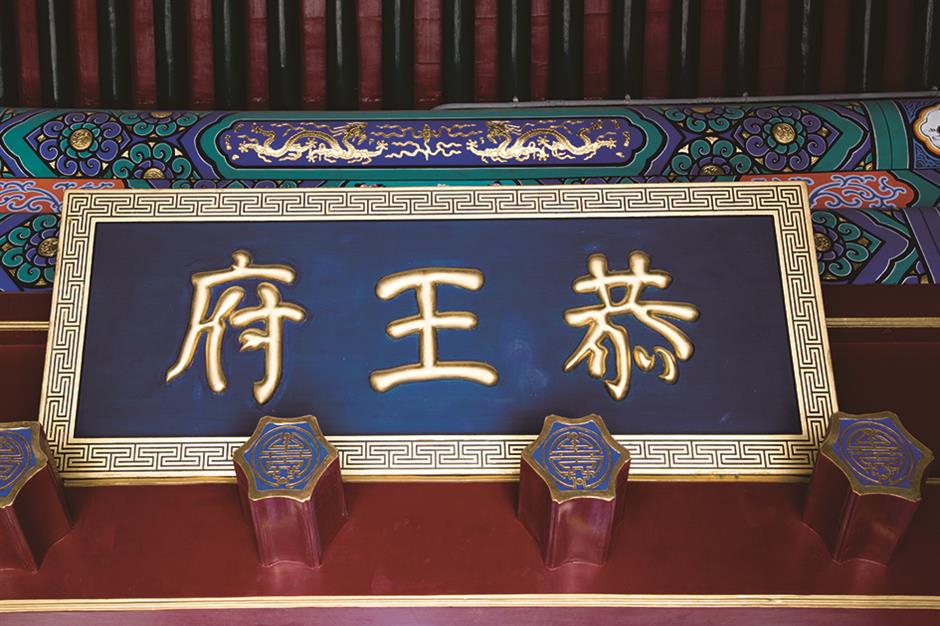 The sophisticated Prince Gong’s Mansion often lies under the shadow of the more popular Forbidden City.

One is the “earth dragon” where the Summer Palace is situated, and the other is the “water dragon” which is the site of Prince Gong’s Mansion.

There are legends that people who live around and in the mansion will have long and prosperous lives.

The prince’s mansion embodies the regal style of the Qing Dynasty. The mansion consists of two distinct parts — the residence buildings and the garden. The compound covers a total area of more than 60,000 square meters.

The main residence buildings of the mansion are the Yin’an and Jiale halls — they are marked with green vitreous paved roofs. Other building structures include the Duofu Hall (known as the principal living room), Ledao Room, Baoguang Room and Xijin Room.

The prince’s mansion consists of traditional Chinese pavilions interlaced with a labyrinth of passages and gardens.

It is said that there are 9,999 bats carved in Prince Gong’s garden. With the last 8-meter-long “福” stele written by Emperor Kangxi (1654-1722), in total there are ten thousand fu in the garden.

Another feature of Prince Gong’s garden is the blend of traditional Chinese and Western influences, which reflects Prince Gong’s status as China’s first “foreign minister.” One of the architectural highlights is the Western-style Gate, a marble portal built in the Jesuit-style with ancient Chinese carvings.

The mansion was completely opened to the public in 2008.

Today, the mansion is celebrated as one of the most well-preserved royal residences in history and a tourist site to showcase the daily lives of Manchu nobles of the Qing Dynasty.