The star-studded Chinese play “The Yellow Storm” is causing a stir among Shanghai theatergoers, with tickets selling out for all three of its performances.

As a major highlight of the ongoing 2019 Pudong Festival of Culture and Art, the drama is adapted from the epic novel “Four Generations Under One Roof” by Chinese novelist and playwright Lao She. It premiered in Taiwan in 2010, and has been a popular touring show since then.

Renowned actors and actresses have taken part in the show's casting over the past decade, including Sun Honglei, Huang Lei and Qin Hailu.

Actress Tao Hong, one of the earliest cast members, is returning in Shanghai this week. Tao plays a peacockish and provocative character, who is quite different from the actress in real life.

“I learned a lot by looking at (Chinese artist) Feng Zikai’s comic paintings. I copy the gestures of the women in his paintings, who were of the same era as those in the play,” Tao told Shanghai Daily. 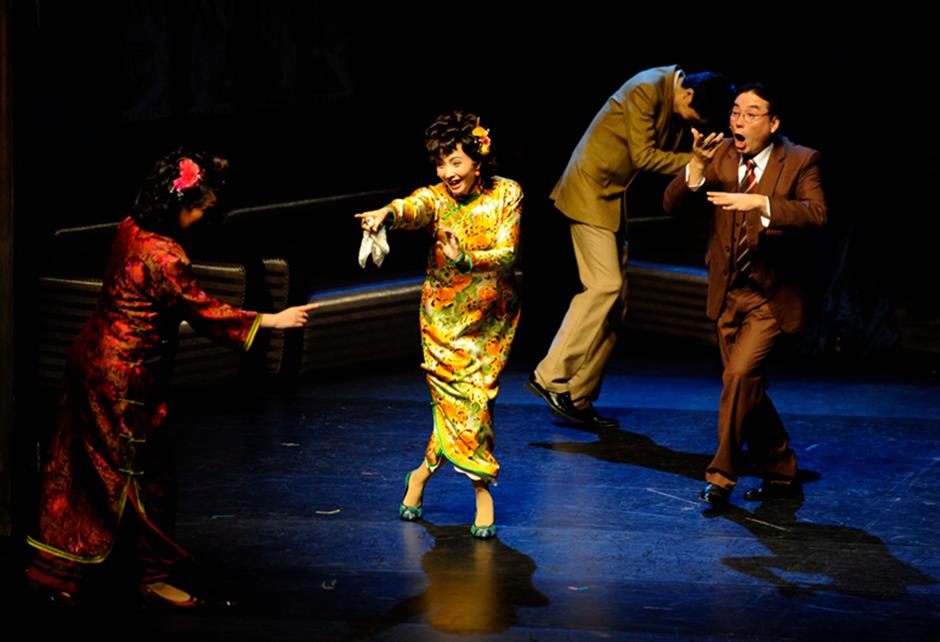 Tao Hong (center) plays a peacockish and provocative character in “The Yellow Storm.”

Tao used to be a national champion synchronized swimmer. She played a part in Jiang Wen’s directorial debut “In the Heat of the Sun” and applied for professional acting training under the suggestion of Jiang. Tao graduated from Central Academy of Drama, and then found fame on Chinese television.

“Drama was my first major and where my career started,” said the 47-year-old. “Though I’m better known for my TV appearances, I insist on taking part in drama acting every year so as to keep the stage familiar to me.”

The play is staging three performances at Shanghai Oriental Art Center from Wednesday to Friday. As a preferential policy for the Pudong Festival of Culture and Art, nearly half of the 900 tickets for each performance had been priced at 80 yuan (US$11) for people living or working in the Pudong New Area.

The show's all-star cast has also contributed to its popularity, though Tao said big names are not necessarily equal to good performances.

“The most important criteria is always whether a performer suits a role,” she said. “The collaboration and connection between performers is also crucial, no matter if it’s a big name or not.”

Talking about her approach toward roles, Tao described herself as a “container,” allowing characters to “flow through” her.

“I don’t like breakthroughs or explorations. I just want to present a very original image of a role,” she added. “But you need to be honest, even when dealing with villains. They have their negative sides for a reason, and honest acting gives audience a thorough understanding of the character.”

The original novel describes the lives of Beijing residents during the War of Resistance against Japanese Aggression (1931-45). The three-hour play by Chinese mainland stage director and playwright Tian Qinxin focuses on 30 characters from three families. 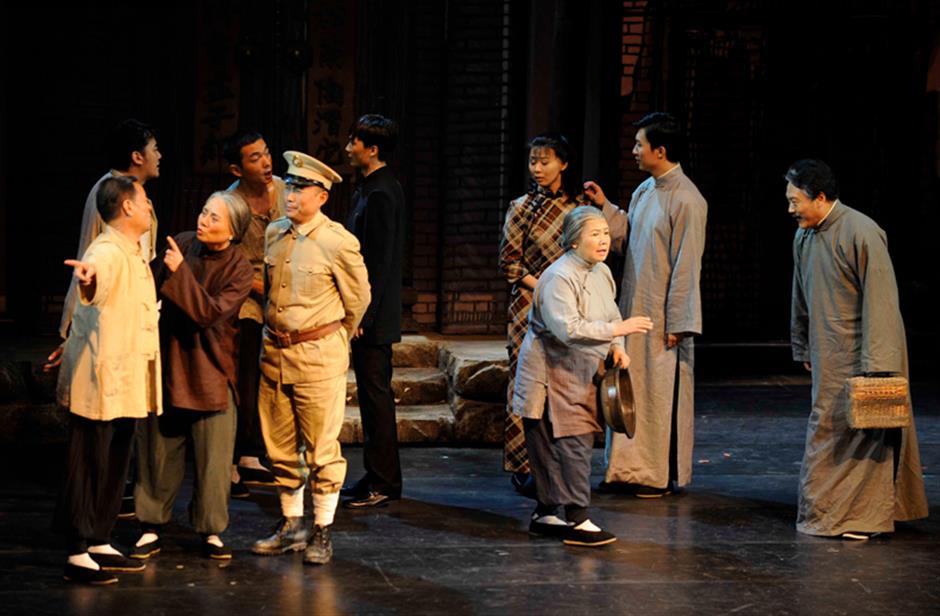 The play dramatizes the lives of Beijing people during the War of Resistance Against Japanese Aggression.