“The Rescue” is the Hong Kong filmmaker’s first production that features China’s Coast Guard in a maritime rescue.

Based on true events, the film is centered on the efforts of the Chinese Coast Guard’s rescue unit to save the lives of people in trouble.

It took Lam four years to prepare for the shooting of the film. Many of its water scenes were shot at Mexico’s Baja Studios facilities, which are known for having housed the shooting of James Cameron’s epic film “Titanic.”

Actor Peng plays the lead role of Gao Qian, the strong-willed captain of the rescue unit. Before shooting, he and other actors received one-month training of physical exercise, rescue expertise and techniques.

“We also spent a few days with the rescue team observing how they are prepared to risk their own lives to save others ,” said Peng.

“All of them have strong faith, great courage and sense of responsibility. Although they are surrounded with crisis and tragedies, they never give up. For the first time, I came to realize the fragility of life and the power of nature.”

During the shooting, Peng nearly drowned in some dangerous diving scenes. He was stuck underwater in a truck. Fortunately he stayed calm and untied the rope with the knowledge he learned from training.

For the first time he also plays father of a little boy. In his eyes, family is an important part that supports the rescue members to be so brave and responsible while facing all kinds of emergencies in Chinese waters. It is also a movie about love.

Over the past years, Peng has starred in four of director Lam’s movies since the “Unbeatable” in 2013.

Peng cherishes all the immersive acting experiences in the films as Lam encouraged him to live the lives of different people and make friends with them.

“Fox Hunt” is another highly-expected police action film which is slated for release on January 8.

Based on true economic crime cases of the worldwide anti-corruption operation “Fox Hunt,” it is China’s first film production about the police’s efforts to hunt down economic criminals who fled overseas.

Since its launch in 2014 by China’s Ministry of Public Security, operation “Fox Hunt” has extradited over 6,000 economic crime suspects from around 120 countries and regions.

In the film, Duan portrays an economic crime investigation cop who spends many years hunting down a suspect in Paris, played by Leung.

Duan said that although he is used to depicting cops on the screen, it was still challenging for him to portray an economic crime investigator who is quite knowledgeable and calm.

Before the shooting, he would take about 10 hours of physical training every day and studied English and French for the character.

Also on January 8, fantasy comedy “Kill the Monster” will hit cinemas across the country. The film is a joint effort of Hong Kong filmmaker Lee Lik-chi and Chinese mainland director Wang Kai.

Starring Bao Jianfeng, Ke Lala and Eric Suen, it revolves around a chef’s adventures with detectives in ancient China to fight monsters and demons with supernatural powers, in order to save Chang’an, the old name of Xi’an in Shaanxi Province. Compelling visual effects are featured to portray scenes of tomb-raiding, giant dragons and magic. 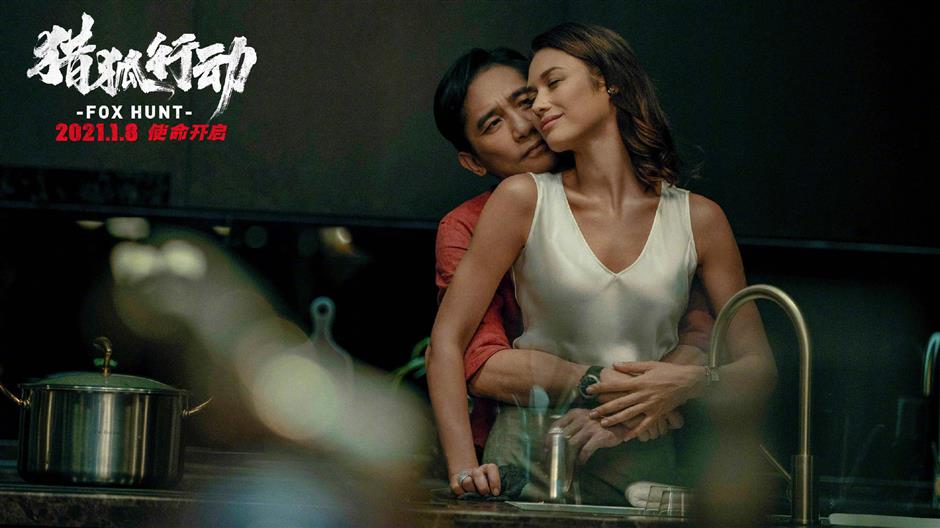