Almost every summer, charts showing the amount of sugar popular snacks and drinks contain are widespread on social media, raising astonishment and concern about how much sugar people are actually consuming on a daily basis.

According to sugarstacks.com, a website that shows the amount of sugar in food through stacking sugar cubes using nutritional information taken from the packaging, manufacturers’ websites or the USDA nutrient database, a can of original Coca-Cola (330ml) contains 39 grams of sugar, equivalent to 10 sugar cubes.

As such, how to cut down on sugar is a trendy topic in losing weight and staying fit, compared with the older concepts of fasting or intensive workouts. Many people have added sugar control into their health goals. 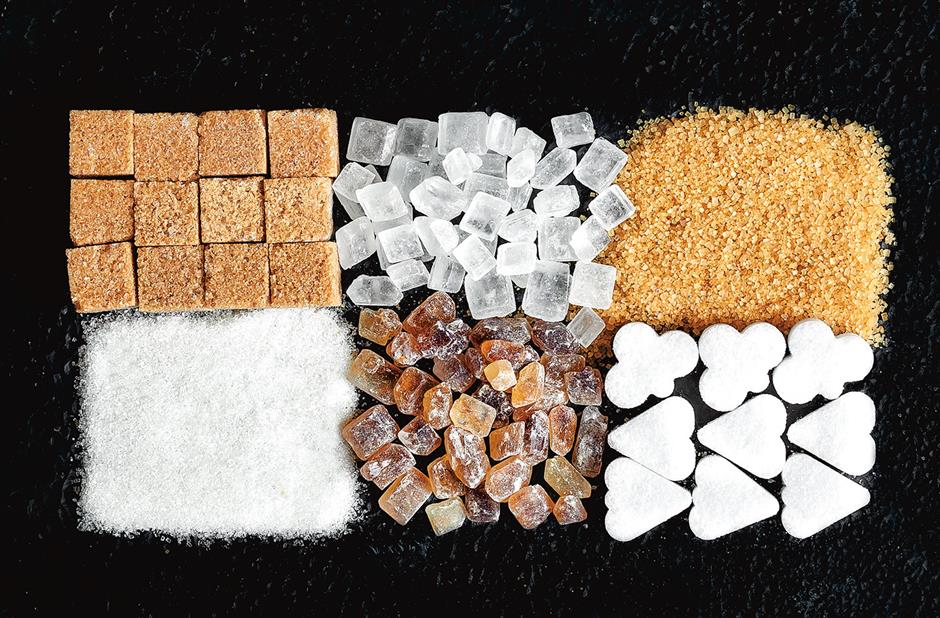 Reducing daily sugar intake in food and drinks can benefit the health and skin.

The WHO guideline on sugar intake recommends “adults and children reduce their daily intake of free sugars to less than 10 percent of their total energy intake. A further reduction to below 5 percent or roughly 25 grams (6 teaspoons) per day would provide additional health benefits.”

Consuming less sugar is crucial to overall health, benefiting not only the body but also the skin, which is another reason why many people are starting to count and control their daily sugar intake.

While cutting down on the obvious sweet snacks, desserts and soft drinks is the first step toward a healthy diet, as well as becoming more aware of the type and quantity of staple food in the diet, sugar from seemingly savory foods is often overlooked.

For example, the very spicy and salty braised duck goods from popular duck snack brand Zhou Hei Ya contain much more sugar than people imagine — sugar is the second ranking ingredient of the braised duck neck (and most other products as well). Every 100 grams of braised duck tongue snack contains 11.9 grams of carbohydrate that mainly comes from added sugar and condiments.

Sauces are the key to cooking delicious dishes and, other than ketchup, a tablespoon of which (17 grams) contains one cube of sugar, salad dressing, sweet chili sauce and fermented flour sauce (tianmianjiang, the condiment usually served with Peking duck) also contain sugar that would influence blood sugar levels.

Pork snacks hold a major place as a snack food in China. Top of the list there’s meat floss, or rousong, the finely shredded pork snack which is usually added to pastries (like meat floss cake roll) or served as a side to congee to boost flavor. The super-thin shreds of dehydrated pork muscle melt in the mouth easily. Meat floss sold in the market often contains other ingredients like pea powder to lower the costs. 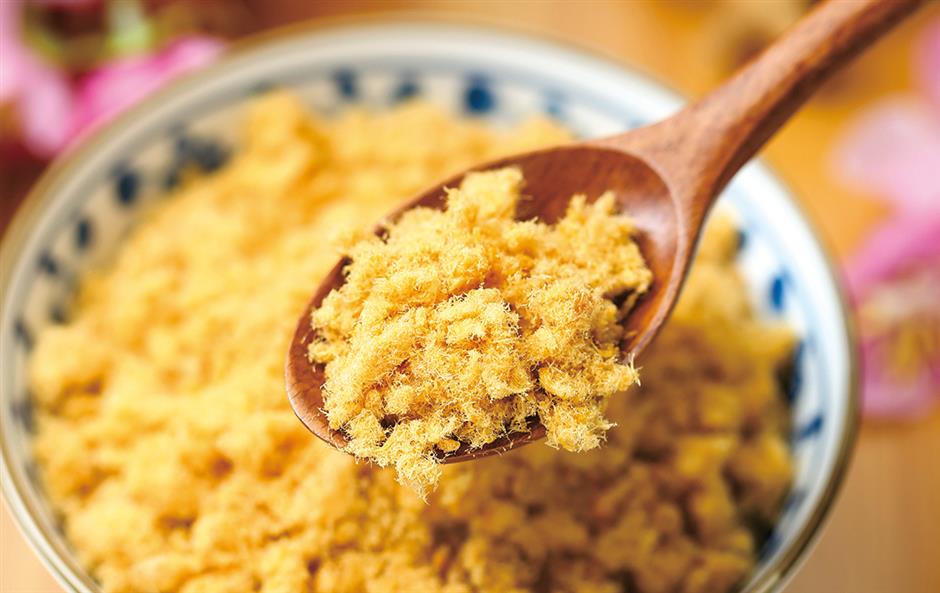 Meat floss is generally a high calorie food that shouldn’t be eaten spoon by spoon directly as a snack. The original pork meat floss from the brand Hsin Tung Yang, which is commonly found in supermarkets, has a calorie count of 476 kcal per 100 grams. Sugar ranks third in the ingredient list after pork meat and pea powder and carbohydrate from both sugar and pea powder account for 42.2 grams.

Making meat floss at home is a simple yet lengthy process of stir-frying cooked lean pork meat with seasonings until the moisture is gone. But it’s a better solution to avoid the excess sugar and other added ingredients.

Zhuroufu, a moist pork jerky snack popular for its sweet and salty taste, is made by marinating and barbecuing the lean pork meat that’s already been ground, seasoned and reshaped into thin slices.

The zhuroufu snack from Singaporean brand Bee Cheng Hiang is made of three ingredients: pork, sugar and fish sauce. Each 100 grams of the pork snack has 352 kcal and 39.8 grams of carbohydrate mainly from the sugar.

Seaweed sheets are a convenient, delicious and cheap snack with an umami taste and thin, crunchy texture. The unprocessed, edible seaweed itself is a healthy food and a rich source of vitamins, 100 grams of raw seaweed contains only 35 calories. But seaweed snacks are another story, as sugar, seasonings and oil are added to make the salty and sweet treat and it’s not as healthy as it looks. 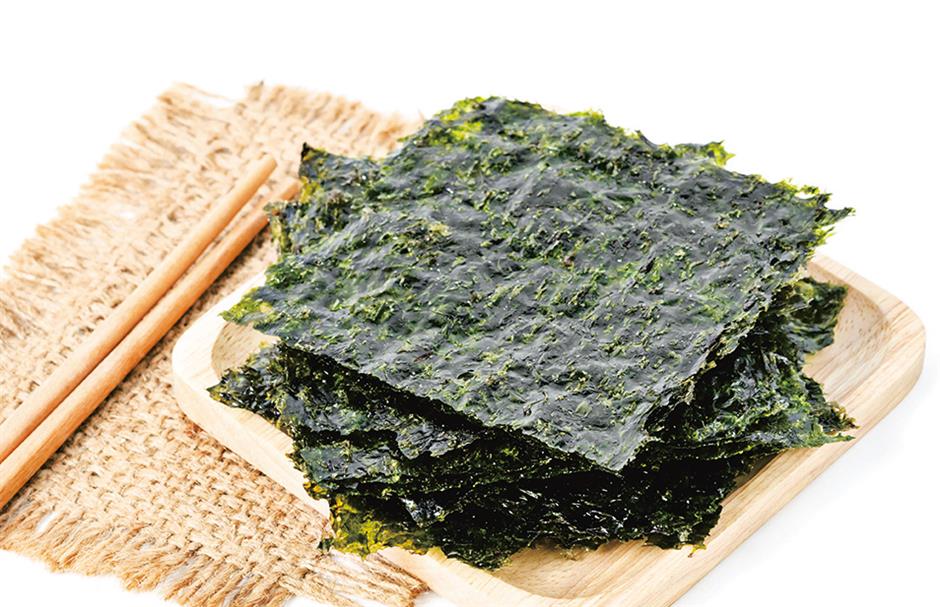 Taking Po-Li Seasoned Seaweed snack as an example, 100 grams of the seaweed snack contains 365 calories and 45.7 grams of carbohydrate that mostly come from sugar and maltodextrin, and a standard pack for one serving is 11 grams. Sugar ranks third in the ingredient list after seaweed and shitake sauce.

Many people are also beginning to realize that only plain, original yoghurt is healthy and low in calories. Flavored yoghurt and yoghurt drinks (the beverages containing lactobacillus) are in fact filled with sugar and additives, and sugar often ranks second after raw milk.

When choosing a healthier yoghurt, it’s best to go for those containing less than 10 grams of carbohydrate per 100 grams.

Yakult, a sweet and sour drink made by fermenting milk and known as a probiotic drink, contains quite some sugar as well. A 100ml bottle of Yakult purchased in China contains 69 calories, but 15.7 grams of carbohydrate. As the beverage contains no starch or fiber, the carbohydrate content is sugar, so that’s about four cubes of sugar and it makes the probiotic drink no better than Coca-Cola in terms of sugar content. Yakult Light is the reduced sugar version that contains about two cubes of sugar.

If you are ordering milk tea and hope to cut down the sugar, in addition to asking for no added sugar in the beverage, avoid the additional boba, coconut jelly, stewed beans, taro or barley, as lots of sugar is added during the cooking of these toppings. A healthy milk tea is possible with good quality tea and fresh milk.

Fresh fruits are healthy when consumed in moderation, but there are some fruits that contain more sugar than others, and they aren’t necessarily the sweetest kind. For example, pitaya is relatively light in taste and not so sweet, but it contains more sugar than papaya (roughly 13 grams compared with 7 grams per 100 grams).

The fruits ranking higher in terms of sugar content include lychee, mango, fig, cherry, pomegranate, persimmon and durian. They should be consumed in moderation and it’s best to brush your teeth or use mouthwash after eating these sweeter fruits.

Despite a sour flavor that many people cannot accept, preserved fruits also contain very high amounts of sugar, such as hawthorn fruit snacks and plums, as sugar not only keeps the fruit from going bad but also balances their extreme sourness. 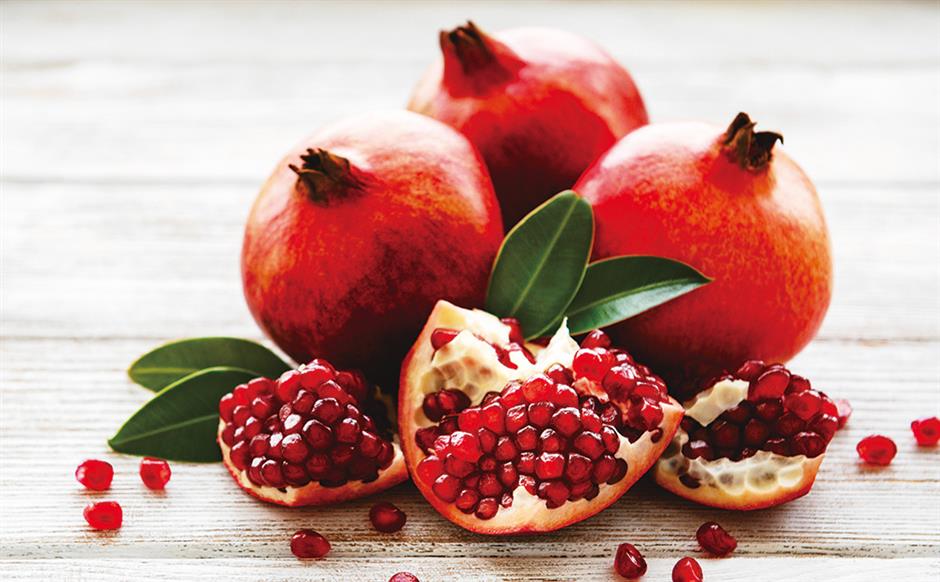