Beyond Burger, the plant-based “beef” pattie from Beyond Meat, is now available at Metro supermarkets and Freshippo stores.

Shanghai is the first city in China to sell the burgers in a value pack that’s still costly at 59.9 yuan (US$8.55) per box, which includes two patties weighing 227 grams in total.

The Los-Angeles based producer debuted in the Chinese market when it collaborated with Starbucks two months ago to develop three dishes, which gained wide attention among consumers.

Aside from making classic burgers, the patties can be used as minced meat in a variety of dishes because the texture of the burger is close to actual meat and can hold its shape when fried or braised.

One thing to note is to be more cautious when adding salt to dishes made of plant-based protein, the products do contain salt and the amount of sodium is prominent: 310mg of sodium is found in 100 grams of Beyond Burger, which accounts for 16 percent of the recommended daily intake. 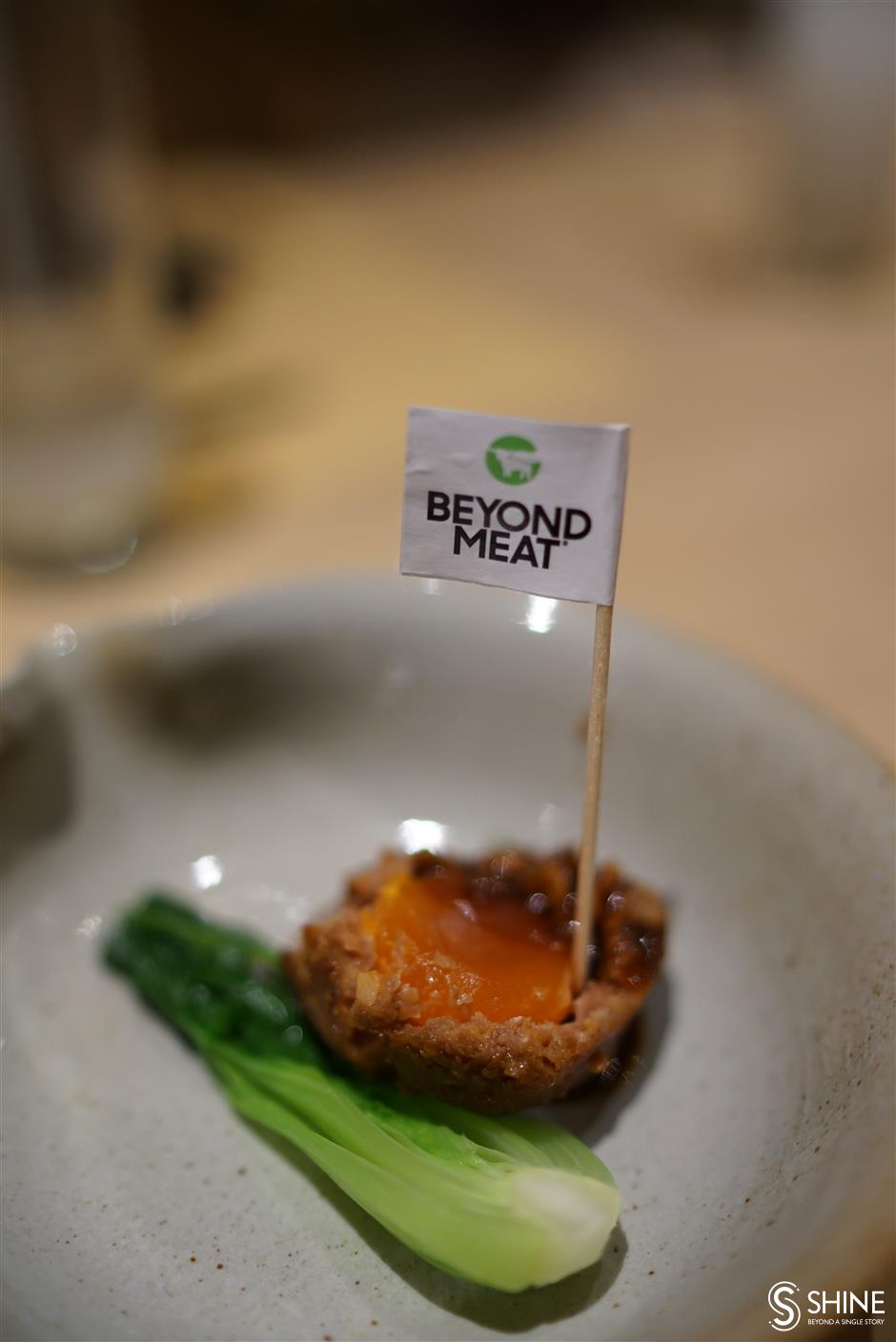 Lion's head meatball with salted yolk filling made with Beyond Burger

While you can purchase household supplies directly in store, IKEA furniture items still need to be ordered online and delivered to your home.

On opening day the waiting time averaged one hour, despite the scorching heat. When the opening rush comes to an end, the IKEA City store will also be a great hangout spot and convenient café to grab a coffee and hot dog, which are very affordable considering the location of the store: a spaghetti and meatball hot dog cost 9.9 yuan (US$1.41), so is an Americano coffee.

Also in the Jing’an Temple area, there are several other new openings recently. In Jiuguang Department Store, there’s a new Pain Chaud branch located on the first floor next to Heytea (on the west side of the mall) and a new Fascino Bakery on the lower level that specializes in bagels and toast.

In Réel Mall, there’s a new La Famille patisserie located on the lower level. The patisserie is renowned for its light, fluffy chiffon cakes and beautiful Bavarois cakes. 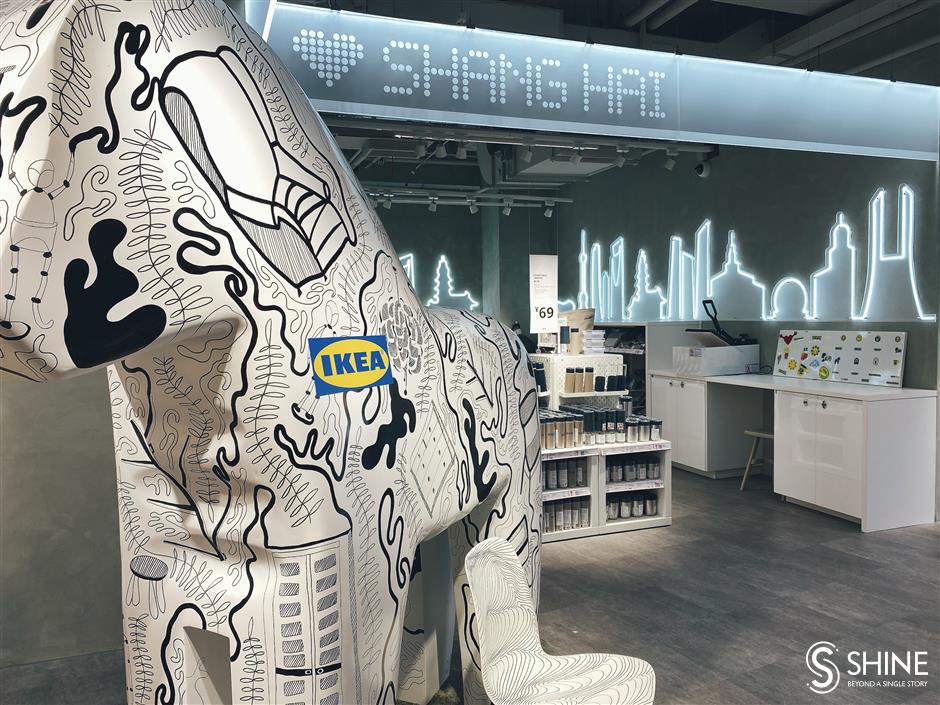 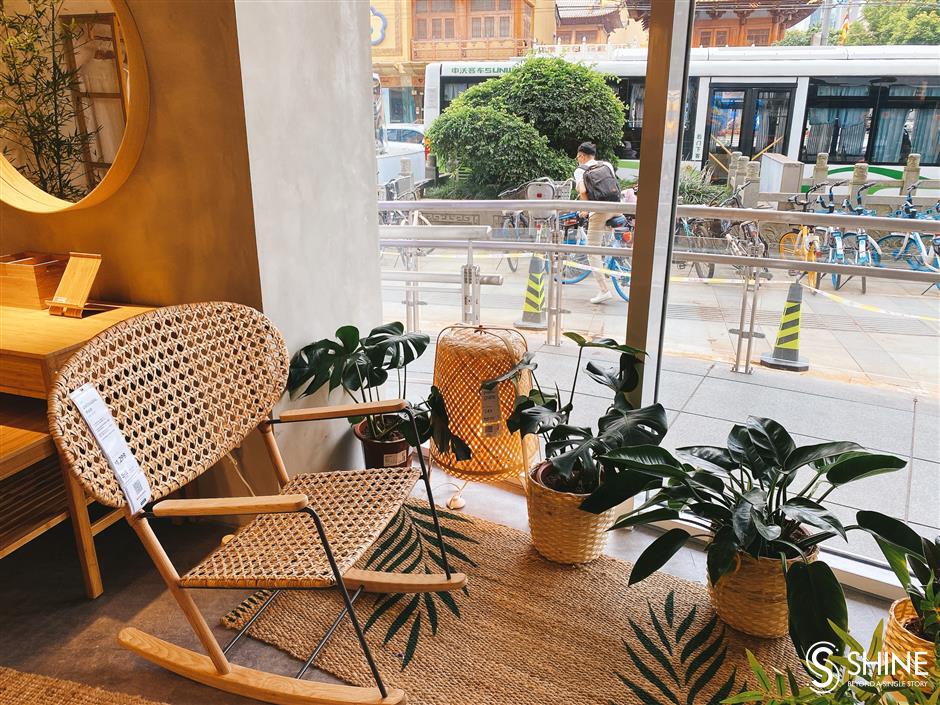 Xindalu-China Kitchen, at Hyatt on the Bund, has launched a summer menu highlighting fresh produce and cheering summer flavors.

For appetizers, the Suzhou-style crab meat jelly and fish roe (108 yuan) and marinated tofu with crystal preserved egg (88 yuan) are not to be missed. The jelly is light, umami and the fish roe has an interesting texture like tiny pearls, while the tofu and preserved egg dish is a summertime classic in China.

Among the hot dishes, the wok-fried fava beans with meat floss and deep-fried preserved vegetables (178 yuan) is a fulfilling creation made of the season’s tender beans. The dish can be enjoyed as a light staple for lunch.

The wok-fried sliced beef with green chili and eggplant (228 yuan) is hot, sizzling and satisfying. The deep-fried eggplant is the star of the dish, which has a crunchy shell and meltingly soft center that takes up the rich sauce and flavor of the beef.

All prices are inclusive of 10 percent service charge and applicable government taxes. 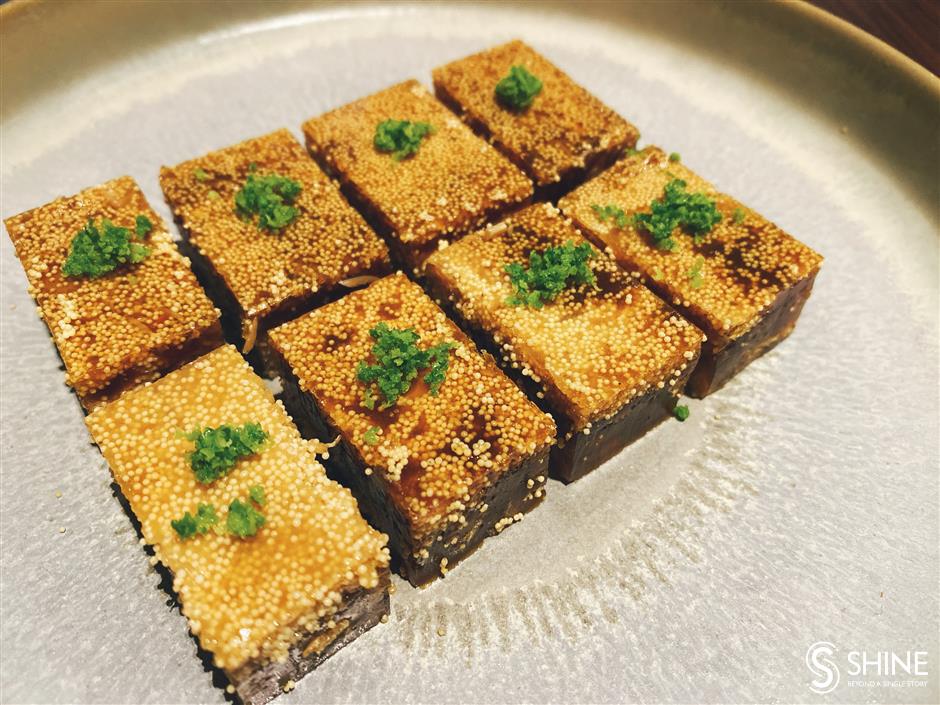 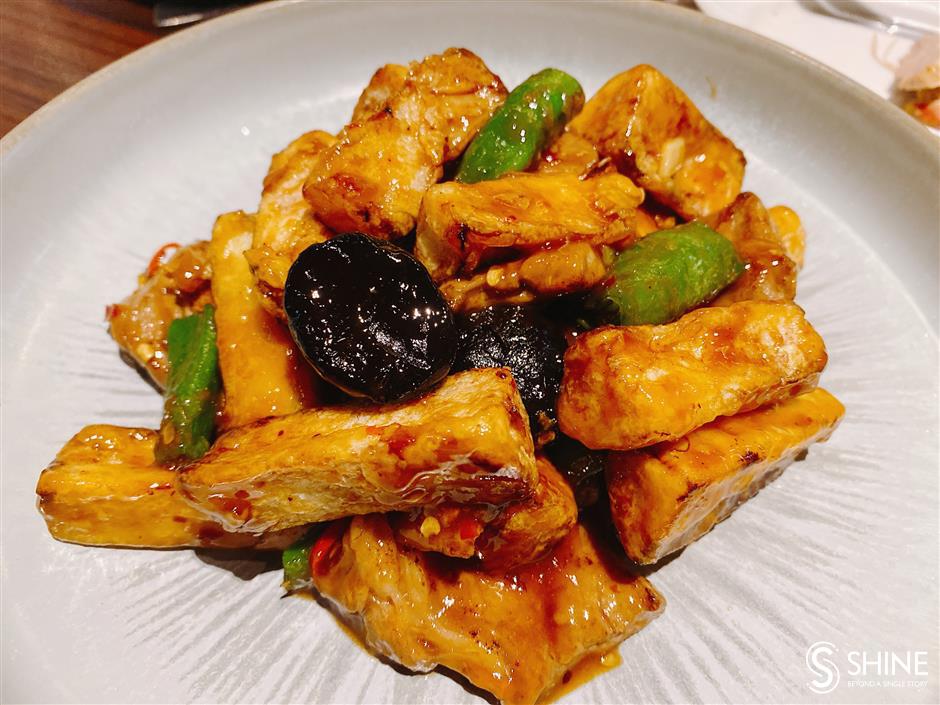 As part of Pudong Shangri-La, East Shanghai and Fosun Foundation’s partner program, Jade On 36 is presenting an Alex Katz-themed afternoon tea until August 9, in sync with an Alex Katz exhibition.

The afternoon tea is priced at 588 yuan for two, subject to a 10 percent service charge. 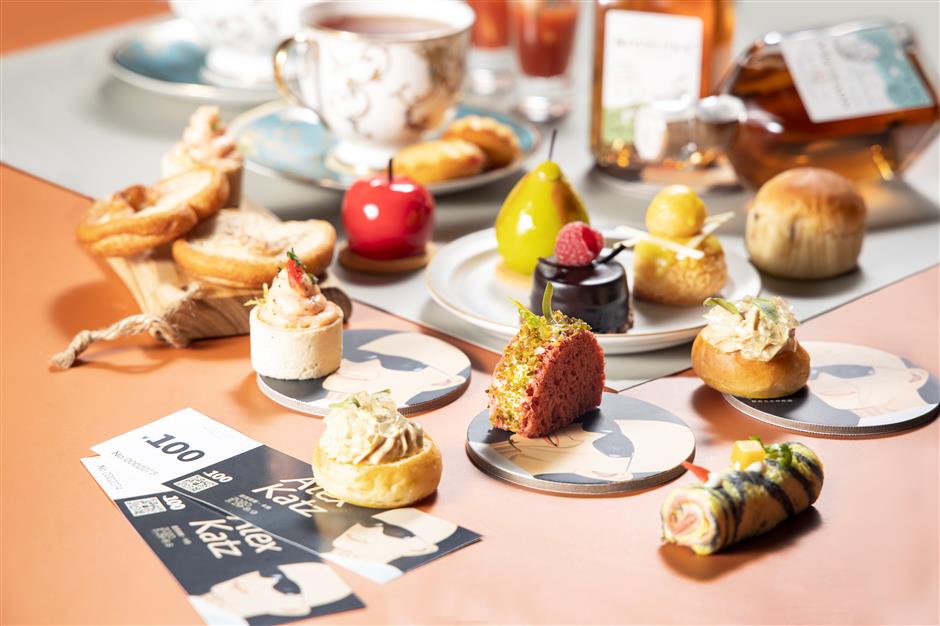 ﻿
Special Reports
ADVERTISEMENT
Beyond Burger, first IKEA City and decadently delicious eggplant
Onions in red wine: delicious & nutritious
Chianti raises glass to world of eggplant
Keep calm and cook with yellow rice wine
Tasty braised goose dish is fit for a king
Gourds a gift to delight and refresh
For a spice of suancaiyu, Tai Er hits the spot
Chilling out with a drink of tea
Keeping it clean in the kitchen
Summer freshening cucumbers and wines
EXPLORE SHINE