A woman left Chinese netizens dumbfounded by hanging herself on a Metro handle bar in Shanghai, calmly browsing her mobile phone with her legs crossed.

Netizens who were shocked by the stunt felt concerned about her personal safety, fearing she was likely to fall down. Some wondered whether her scalp hurt while others said they were impressed by her hair volume.

The woman identifying herself as "Darina" on Douyin (Chinese version of TikTok) turns out to be a Russian trapeze artist from the Shanghai Acrobatic Troupe. She has been practicing the feat for half a year as she told Beijing Youth Daily on Friday. She has shared several videos of similar stunts lately on her Douyin feed. 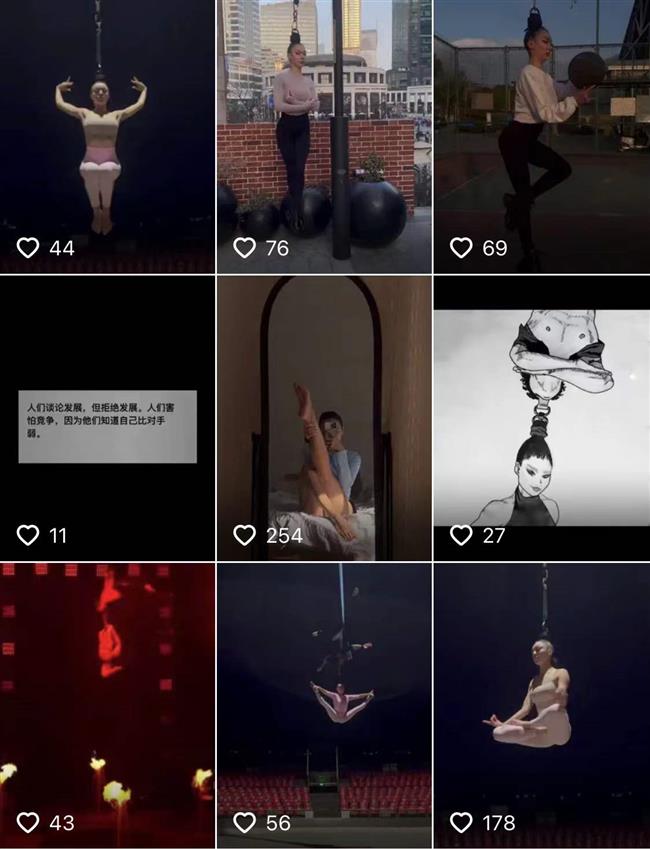 She didn't expect the video, made about a week ago, to draw so much attention, as she intended to make a "neat video," she told the newspaper. She also warned people not to try the risky trick without any training.

She has been a practitioner of circus art since 2013 and invited netizens to watch her show, as 021 Video reported.

Shanghai Metro operators replied earlier that it might have taken place on Metro Line 16, judging from the seat and other features. They alerted passengers to take Metro rides in a proper manner and not to engage in similar dangerous acts.