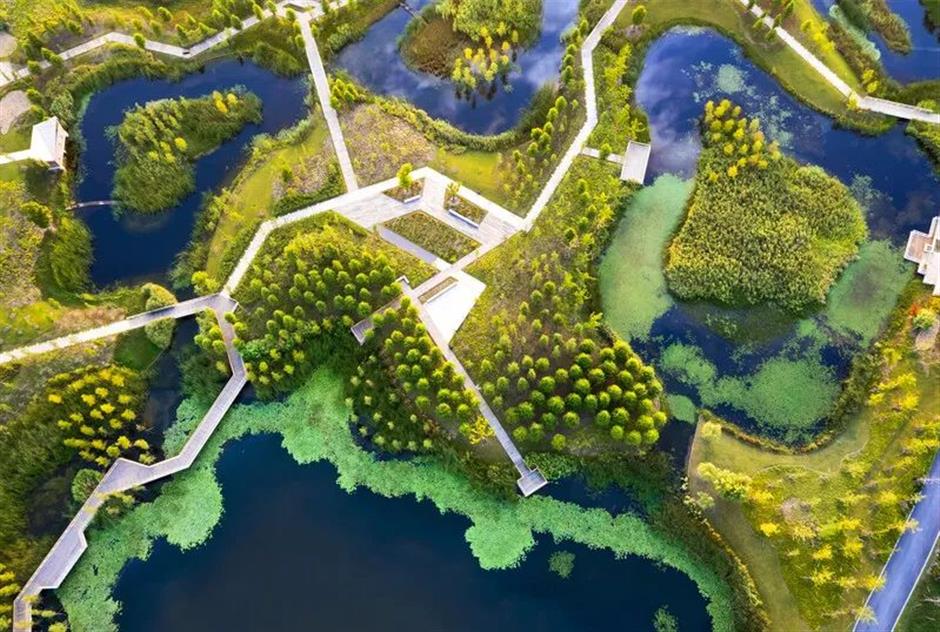 As part of the city's ecological park belt, Shanghai will have four new green spaces totaling more than 300 hectares by the end of 2025.

According to the Shanghai Greenery and Public Sanitation Bureau, the four green lands are Senlan, Biyun and Sanlin in the Pudong New Area, and Taopu in Putuo District. 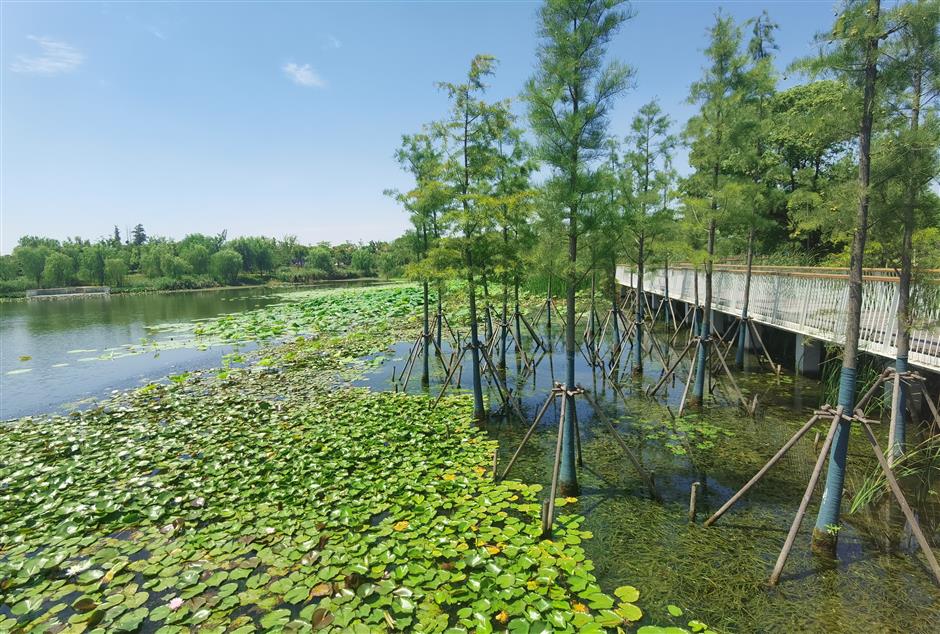 By the end of the year, a forest and a science promotion area in Biyun green space will be open to the public.

The green space, which covers 5.5 square kilometers, includes rich water and forest spaces as well as areas for residents to stroll.

On completion, it will be the largest green space in Shanghai's downtown area, the bureau said.

According to the designers, forests in the green space can adjust the humidity and temperature of the land through clever layout design.

In total, nearly 100,000 plants of more than 200 varieties will be introduced into the green space, forming a multi-layer greenery system based on Shanghai's weather and soil conditions. 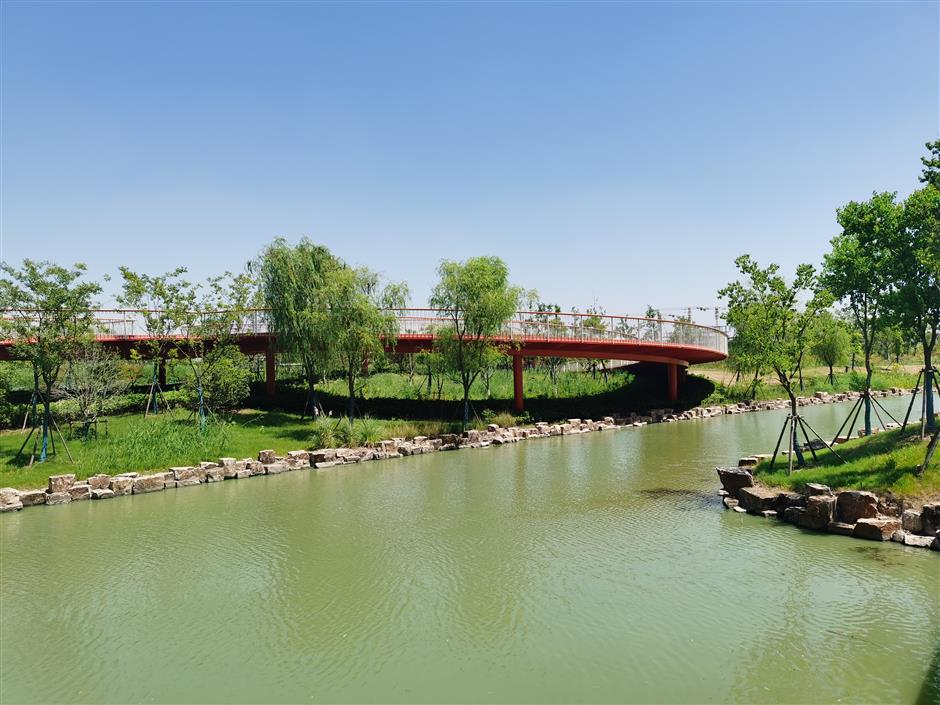 The green space has attracted a large number of birds and ducks.

Meanwhile, research on five new green spaces, including Beicai, Wusong, Dachang, Wusong River and Wuzhong Road, is proceeding smoothly, with over 400 hectares of green areas expected to be added to the city, according to the bureau.