From old to new: smart renovation and transformation 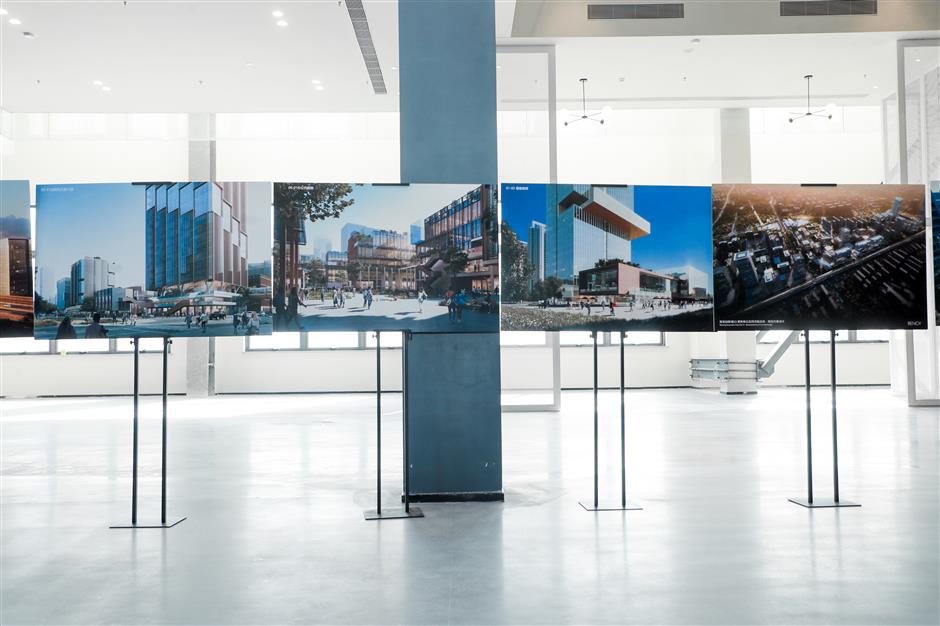 The former iron-steel factories in Baoshan

The first renovation of Shanghai's former iron and steel base has been unveiled to mark the transformation of the city's northern part into a "smart city" of scientific innovation, business and tourism.

The Wusong area in Baoshan District, known as the cradle of China's modern industry, was home to the renowned Baosteel Group and more than 300 other metal refineries and chemical engineering plants dating back to the 1930s.

Most of the factories have shut down or been relocated due to pollution controls.

Now the 26-square-kilometer site will be transformed into the Wusong Smart City, a subcenter with new materials and hardware industries, scientific and cultural innovation parks, commercial and business facilities, residential communities and waterfront attractions.

Shanghai's urban development by 2025 will focus on the five "new cities" in the suburbs and two transformation projects in the southern Jinshan and northern Baoshan districts.

As the inaugural project for the northern transformation, the L-shaped special steel workshop built in 1960 on Baoyang and Tongji roads has been converted into an office building and scientific research lab with preserved industrial relics.

A cloud computing center for the aerospace industry and a new energy firm will be based in the structure.

The 25,000-square-meter workshop with three chimneys has been preserved and doubled its existing size.

"There was a fierce debate on whether to preserve the old factory buildings or build new office high-rises in the superb location," said Gao Hongjun, director of the district's development and reform commission.

The area covering a square kilometer is right beside the Yixian Elevated Road and in the middle of Baoyang Road and Youyi Road stations of Metro Line 3.

"We finally agreed these industrial heritages are valuable resources rather than burdens," Gao said. 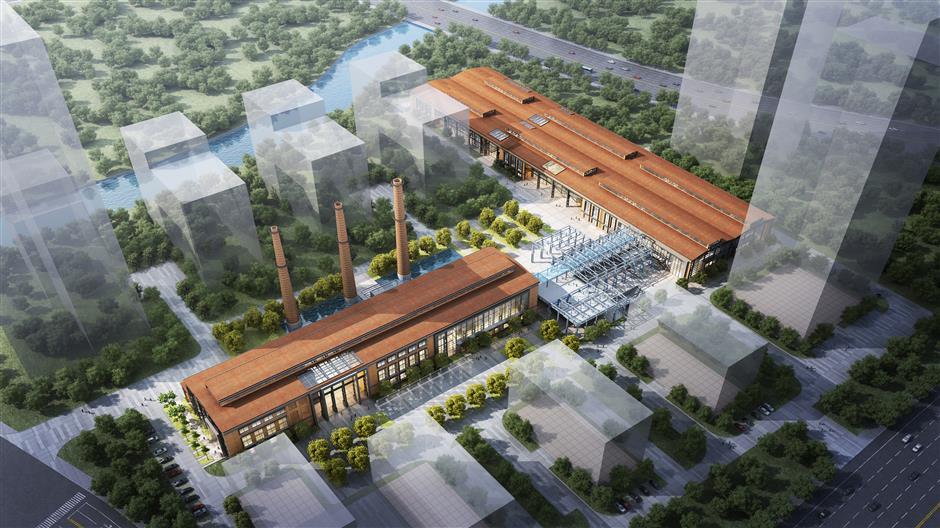 An artist's rendition of the renewal project for a former L-shaped stainless steel workshop in Baoshan.

It has proved to be a wise decision.

A number of state-owned enterprises, including the Baowu, Orient, Huayi and Shenergy companies, established an alliance on Monday to support the redevelopment of the Wusong area.

Some of the companies' key scientific and innovation projects will be based in the renovated special steel workshop, according to the district government.

Baowu, for instance, will move several of its research institutes on green energy and low-carbon to the newly unveiled office building. A carbon-trading platform will also be set up there.

The smart city on Youyi Road, Tongji Road, Changjiang Road W. and Jiangyang Road N. was once home to the city's earliest iron-steel plants – the No. 1 and No. 5 Shanghai Steel Factory – and later became the core production base of Baosteel.

The redevelopment project aims to establish a demonstration for the transformation of old industrial bases across the country, as well as a gathering place for innovation, entrepreneurship and tourism.

The future the Wusong Smart City will have a park at its core along with a business center in the Yanghang area and a cultural center on the waterfront of the Yangtze River, according to the blueprint.

Parks and green lands will account for a quarter of the future smart city, while the abundant waterways will be retained.