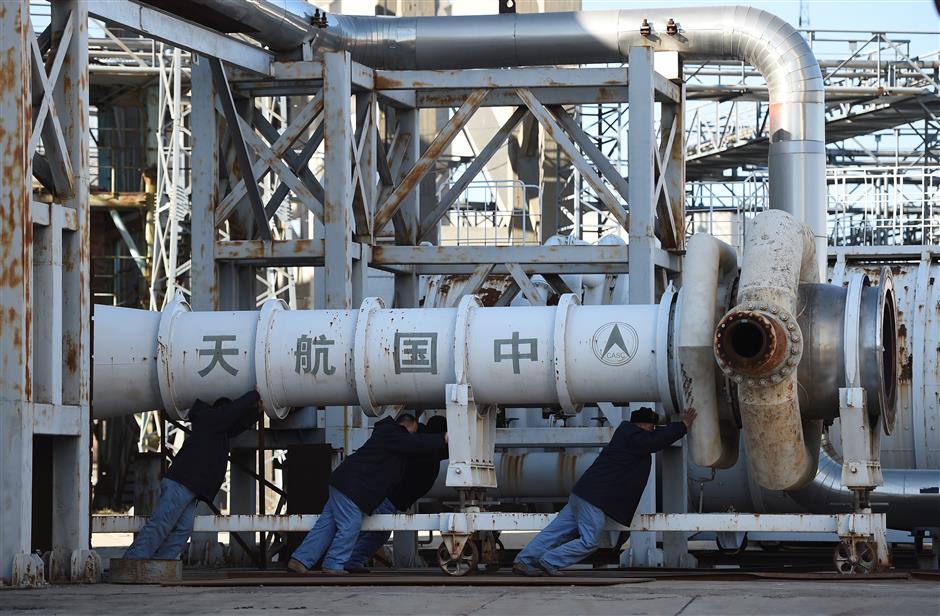 The staff members prepare for the test of the second stage engine of the Long March-8 rocket in Beijing on November 25, 2019.

China has successfully tested the second stage engine of the Long March-8 rocket, preparing for its maiden flight in 2020, according to the China Aerospace Science and Technology Corporation.

The hydrogen-oxygen engine worked normally in the test and was shut down after completing all test procedures.

Developed by the CASC, the Long March-8 rocket is a new type of rocket that uses module design and can be prepared in a short time, making it competitive for commercial launch.

The Long March-8 is being assembled and is estimated to conduct 10 to 20 launches annually.