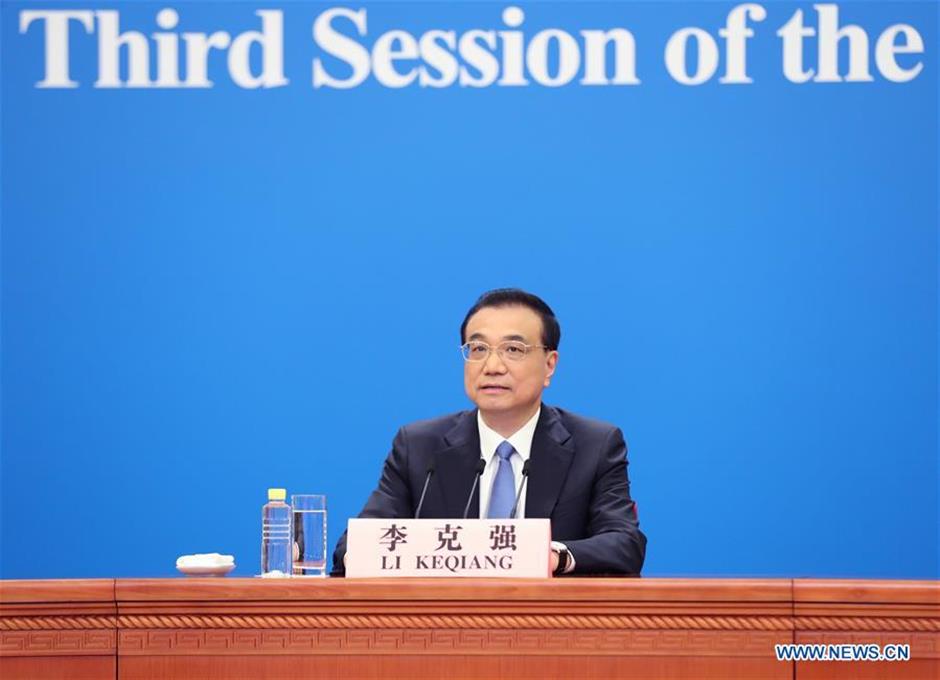 Chinese Premier Li Keqiang addresses the media after the conclusion of the third session of the 13th National People's Congress, Beijing, May 28, 2020.

Premier Li Keqiang said on Thursday that China is expected to achieve positive economic growth this year if security in six key areas is ensured.

Li highlighted efforts to maintain security in the first three areas when addressing a news conference after the conclusion of the annual national legislative session.

China has set no specific target for economic growth this year due to great uncertainties. Instead, it has made practical plans to ensure more than 9 million new urban jobs, give full play to over 100 million market entities, and improve people’s livelihoods.

The policies and measures are designed to provide vital relief to businesses and revitalize the markets, with a particular focus on keeping jobs and protecting people’s livelihoods instead of undertaking large infrastructure construction projects.

“This is because big change has taken place in China’s economic structure where consumption is now the primary engine driving growth, and micro, small and medium-sized companies now provide over 90 percent of all jobs in China today,” he said.

“We will do our utmost to keep China’s economic growth stable, and at the same time we must ensure that all measures taken are well calibrated,” he said.

COVID-19 has taken a heavy toll on the global economy in a way rarely seen before, Li said. “As China’s economy has become deeply integrated into the global economy, it is simply impossible for it to stay immune to the impact.”

China will take targeted measures instead of massive stimulus to boost economic growth “We have repeatedly said that we will not flush the Chinese economy with liquidity. We didn’t do it and we will not do it now.”

“Just as water is important to fish farming, sufficient liquidity is important to economic development. But excessive liquidity will induce froth in the marketplace where some people may attempt to muddy the waters and fish for arbitrage.”

The country reserves policy space on the fiscal, financial, social security and other fronts, and is in a strong position to quickly introduce new measures should the situation call for it without any hesitation.

China will be able to fulfill the tasks and goals for the whole year and complete the building of a moderately prosperous society in all respects, Li said.

It is impossible for any country to achieve further development with its door closed and China will keep to its opening-up policy and will not waver in its commitment.

China, a huge market for the world, is prepared to boost imports, Li said, noting measures to provide relief and revitalize the market are expected to further spur consumption.

“We hope that people will stay optimistic about coming to invest in this big market of China,” he said. 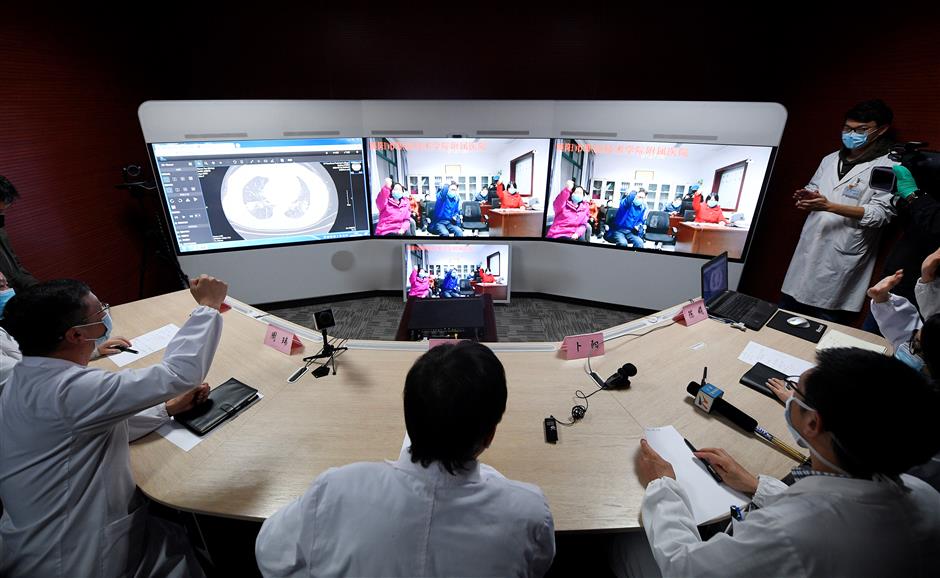 Open approach to COVID-19 is vital

China will continue to adopt a science-based, open and transparent approach in dealing with COVID-19, Li said.

China believes that getting a clear idea about the source of the novel coronavirus is important and will help better contain COVID-19 and contribute to the life and health of people around the world, Li told reporters.

China is open to international cooperation on the research and development of vaccines, medicines and testing reagents for COVID-19, and is willing to share the deliverables with the world.

China has successfully brought the spread of the virus under control with painstaking efforts, and has taken an active part in international cooperation against COVID-19, Li said.

Noting the ongoing global spread of the virus and the sporadic cases in China, Li emphasized efforts to prevent a resurgence of infections. Any infection must be promptly handled and no cover-up will be allowed in China. 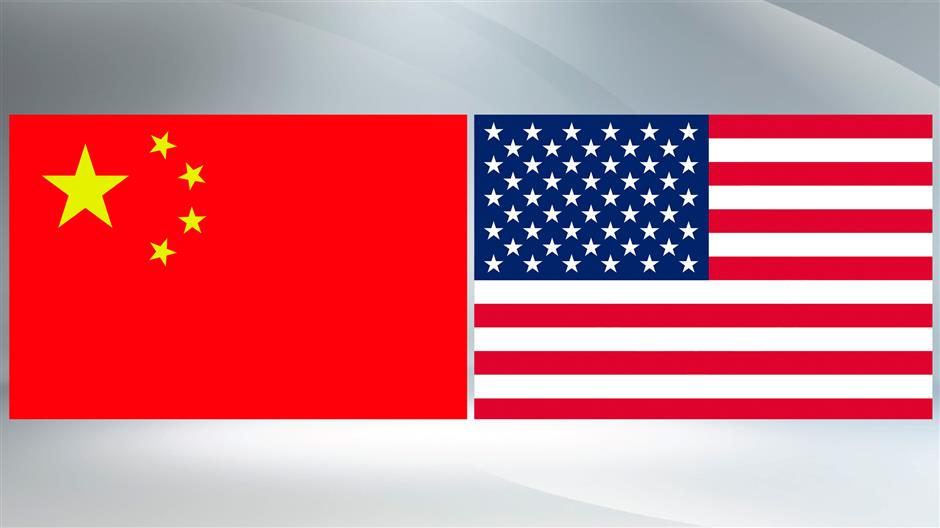 Sino-US decoupling ‘will harm the world’

China-US decoupling does no good to either side and will harm the world as the two countries are major economies and their ties are crucial, Li said.

China-US relations have encountered some new problems and challenges, Li told reporters after the conclusion of the annual national legislative session. China and the US must use wisdom to expand common interests and properly manage differences.

There are many areas where the two countries, as permanent members of the UN Security Council, can and should work together to tackle challenges.

“There are extensive exchanges between the two countries in the economic, trade, scientific, technological, cultural and other fields,” he said. “It is fair to say that there are extensive common interests between China and the United States.”

Both stand to gain from cooperation and lose from confrontation. Getting relations right is in the interest of both peoples and the whole world. 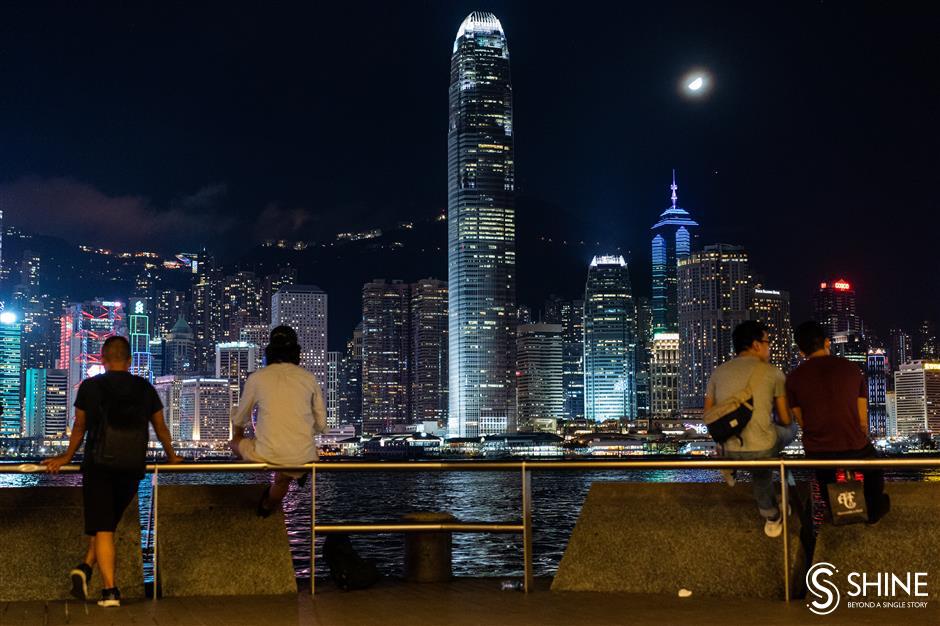 Li said the central government has been fully and faithfully implementing “one country, two systems.”

Li was responding to a media question about a decision on national security legislation for the Hong Kong Special Administrative Region, which was adopted by China’s top legislature at its annual session yesterday. Noting that “one country, two systems” is China’s basic state policy, Li said the central government has all along fully and faithfully implemented “one country, two systems,” “the people of Hong Kong governing Hong Kong” and a high degree of autonomy, acted in strict accordance with the Constitution and the Basic Law of the HKSAR, and supported the chief executive and the HKSAR government in exercising governance according to law.

The decision is designed for the steady implementation of “one country, two systems” and Hong Kong’s long-term prosperity and stability, Li told reporters after the session closed.