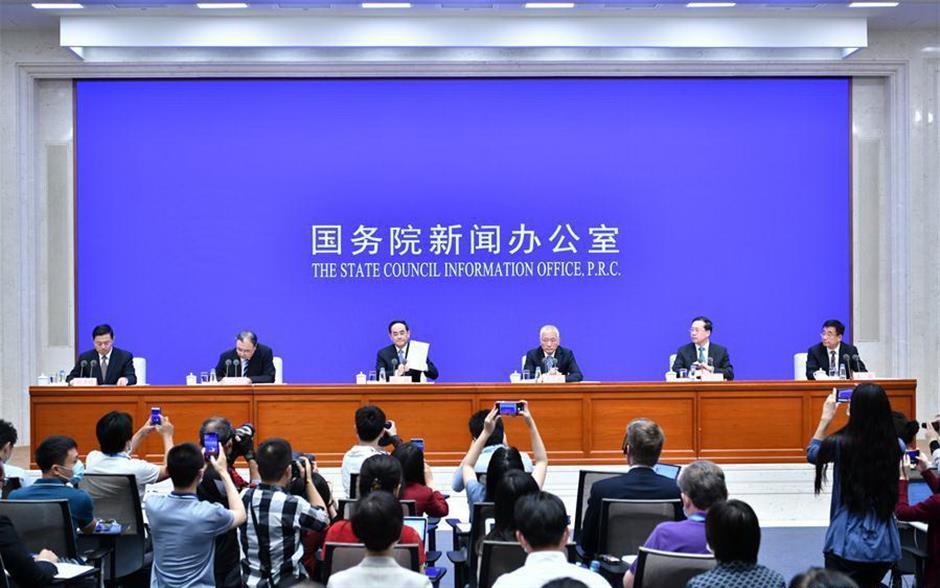 China on Sunday issued a white paper on the country's battle against COVID-19.

The Chinese government released the white paper to keep a record of the country's efforts in its own fight against the virus, to share its experience with the rest of the world, and to clarify its ideas on the global battle, according to the white paper.

The COVID-19 global pandemic is the most extensive to afflict humanity in a century, it said.

Facing the "unknown, unexpected, and devastating disease," China launched a resolute battle to prevent and control its spread, the white paper said.

Making people's lives and health its first priority, China adopted extensive, stringent, and thorough containment measures, and has for now succeeded in cutting all channels for the transmission of the virus, it added.

Having forged the idea that the world is a global community of shared future, and believing that it must act as a responsible member, China has fought shoulder to shoulder with the rest of the world, the white paper stressed.

Noting that the virus is wreaking havoc throughout the world, the white paper said China firmly believes that as long as all countries unite and cooperate to mount a collective response, the international community will succeed in overcoming the pandemic, and will emerge from this dark moment in human history into a brighter future.

"Solidarity means strength. The world will win this battle," said the white paper.

Besides the foreword and afterword, the white paper consists of four parts: "China's Fight against the Epidemic: A Test of Fire," "Well-Coordinated Prevention, Control and Treatment," "Assembling a Powerful Force to Beat the Virus," and "Building a Global Community of Health for All."