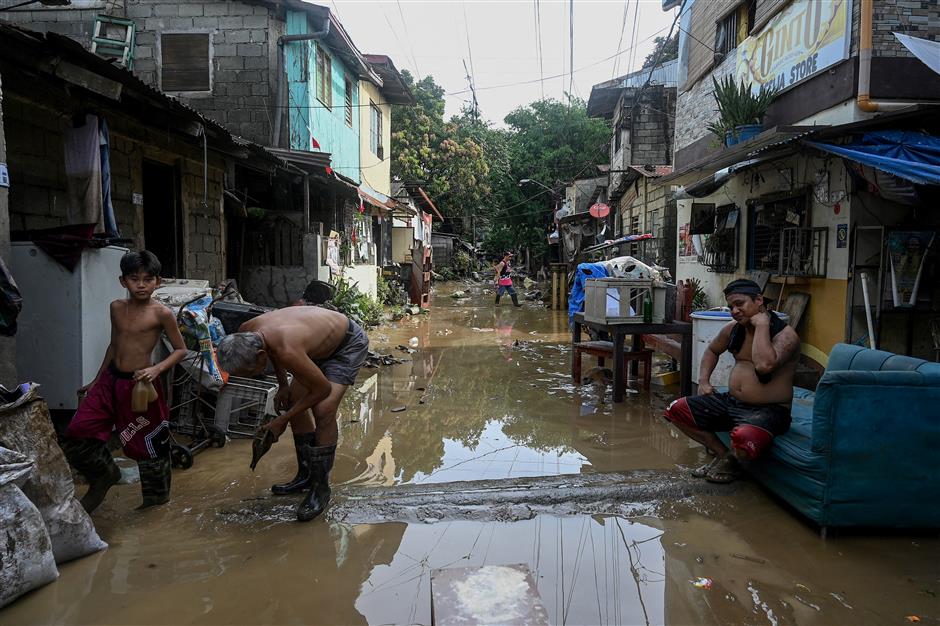 People clean their flooded homes in the aftermath of Super Typhoon Noru in San Mateo, Rizal Province, on September 26, 2022.

Super typhoon Noru slammed Luzon island in the Philippines with heavy rainfall and winds since Sunday afternoon, leaving five people dead, as it blew away from the Southeast Asian country on Monday.

Bulacan province Governor Daniel Fernando said Monday morning that a flash flood washed away five rescuers who were conducting rescue operations in San Miguel town, north of Manila. Some parts of the town are still under muddy water.

The national disaster agency has yet to report the incident.

The state weather agency downgraded Noru to a typhoon hours after its landfall late Sunday afternoon. The bureau said Noru maintained its strength on Monday morning, moving west northward at 30 km per hour, packing 140 km per hour winds and gusts of up to 170 km per hour.

On Monday, Philippine President Ferdinand Romualdez Marcos conducted an aerial inspection of three provinces north of Manila hit by the cyclone. He is also expected to visit Quezon province, where Noru made landfall on Sunday afternoon, to check on the damage.

"The whole range of assistance is prepared and ready to go," he told a news conference.

Noru is the 11th and the most powerful cyclone to enter the Philippines this year.

The Philippines is one of the most disaster-prone countries globally, mainly due to its location in the Pacific Ring of Fire and Pacific typhoon belt. On average, the archipelagic country experiences 20 typhoons yearly, some of which are intense and destructive.