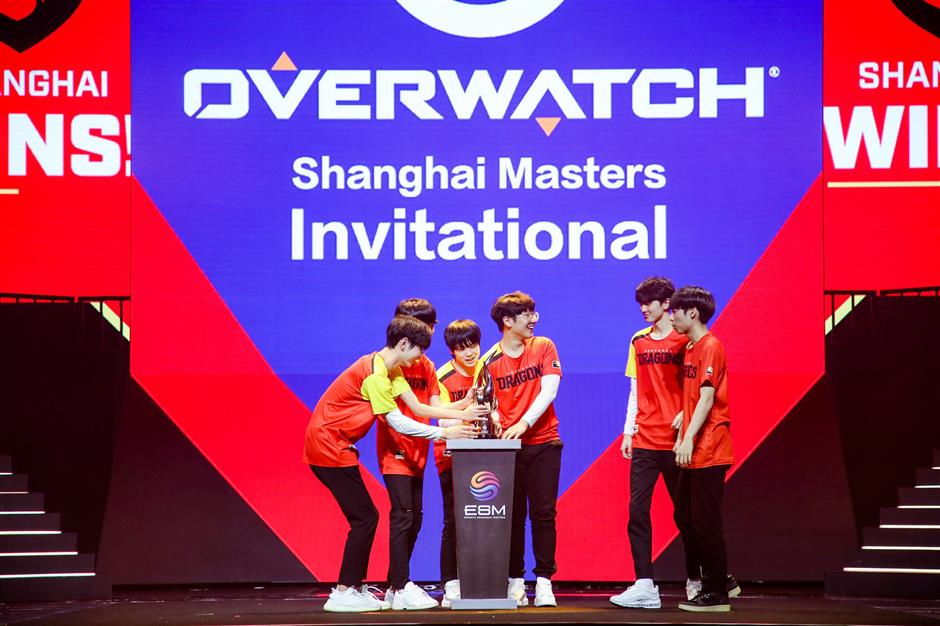 Shanghai Dragons players pose with the trophy after becoming champions of the Overwatch at the inaugural eSports Shanghai Masters on Sunday.

Generally, game operators organize eSports competitions on their own. The Shanghai Masters provided third-party services, including referees, for game operators, who also gained a communication platform.

According to the association, more than 5,000 fans attended the competitions over the past four days. The Masters’ online streaming attracted 30 million visits by netizens. An eSports forum and an exhibition on eSports culture were also held during the event.

Shanghai has set a goal of becoming the capital of China’s eSports industry. Apart from increasing the number of venues and facilities, some districts have unveiled preferential policies for eSports developers and companies. Some universities and colleges have also launched eSports-related majors.

In August, the Shanghai eSports Association issued 85 “athlete certificates” to top video-game players to register them as professional eSports athletes. Over 40 percent of China’s major eSports competitions are held in Shanghai.