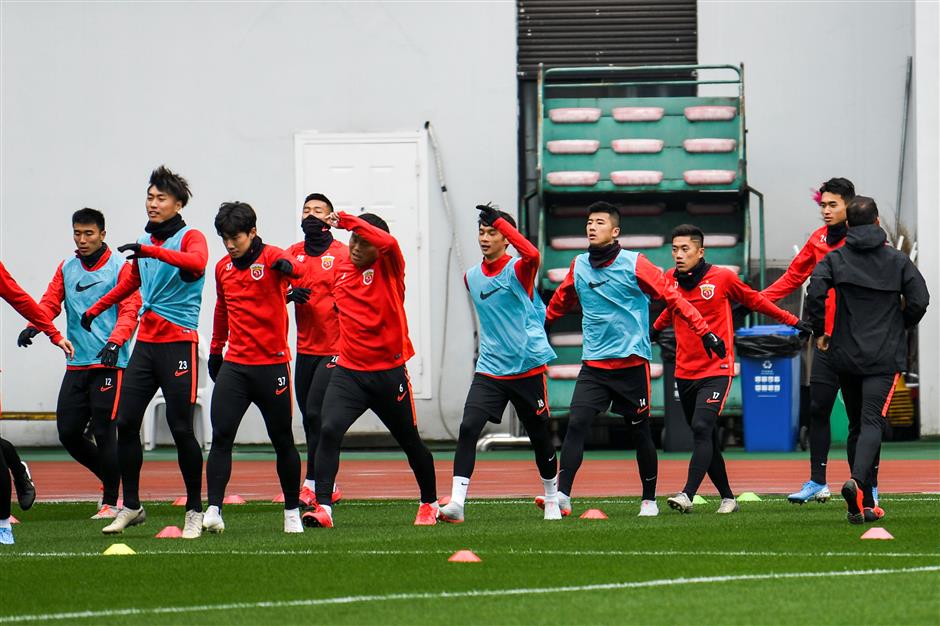 Players of Shanghai SIPG train at Yuanshen Stadium in Shanghai on January 23.

Shanghai SIPG will play their AFC Champions League qualification playoff against Buriram United at an empty stadium to avoid the spread of the novel coronavirus, the Chinese Football Association announced on Saturday.

The tie was scheduled to take place on January 28 in Shanghai.

"Considering that novel coronavirus cases have appeared in many places of our country, and in order to reduce cross infection from crowd gathering, Chinese Football Association, after consultation with the Asian Football Confederation, competing teams and Shanghai Football Association, decided that the match will be held as scheduled without spectators," CFA said in a statement.

The Chinese football governing body also announced on Saturday, the postponement of the Chinese Supercup which had been set to be played on February 5 in the east Chinese city of Suzhou between Guangzhou Evergrande and Shanghai Shenhua.

"In conformity with the requirements to prevent and contain the spread of the novel coronavirus, and to avoid crowds gathering, the Chinese Football Association has decided to postpone the 2020 CFA Supercup after cautious analysis and assessment," CFA said in a statement.

The CFA will decide on a new date to hold the Supercup according to the 'situation development', said the statement.

The new coronavirus pneumonia first broke out in the central Chinese city of Wuhan and then quickly spread across the country. By the end of Friday, a total of 41 people had died and 1,287 cases had been confirmed in 30 provincial-level regions, the National Health Commission said.