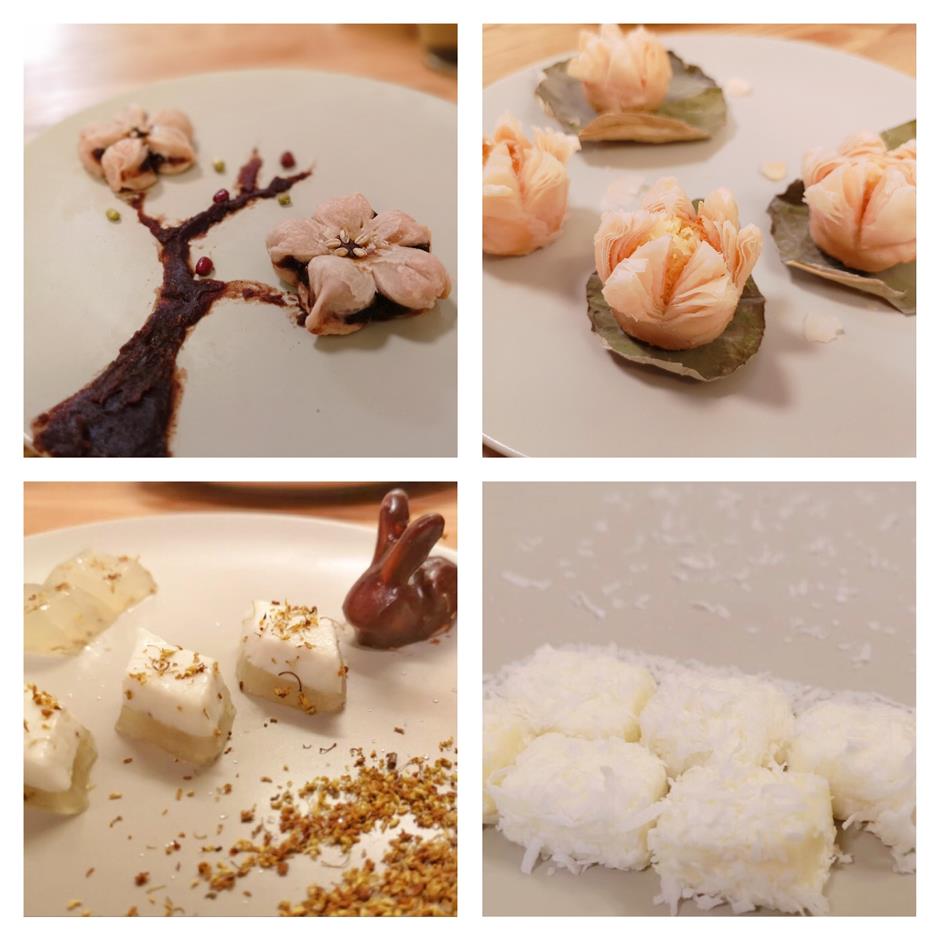 Dim sum in the theme of flowers made by Tang Shumei

As students are stuck at home around the world, the Youth League at Shanghai New York University organized a virtual cook-off, in which faculty and students whipped up homemade dishes inspired by some of their favorite regional Chinese cuisines.

Tang Shumei from the Class of 2021 made assorted dim sum in the theme of flowers from the four seasons.

“I missed Chinese food while in New York. At the time, I was learning how to make dim sum, so I chose to present my impression of the four seasons,” she said. “As most people are in self-quarantine, I hope these ‘flowers’ can cheer them up. Although we encountered a bitter winter, spring is not far away.” 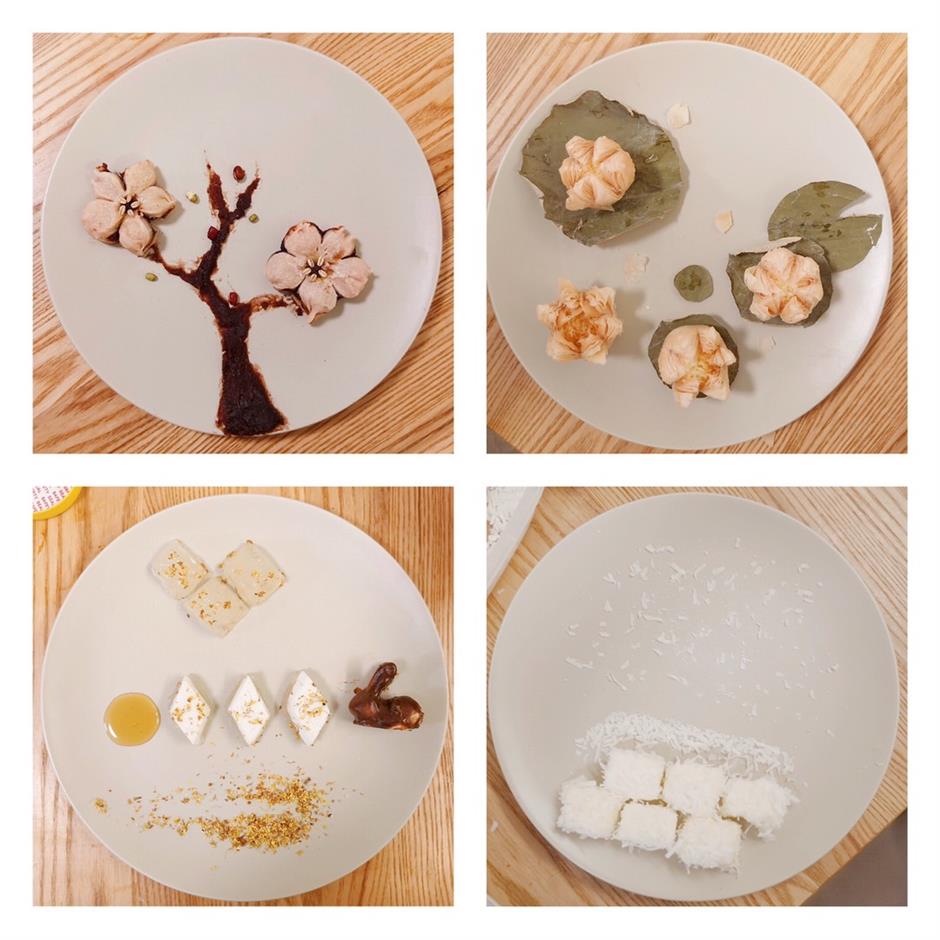 Milly Yin, the university’s study-away program coordinator, made Korean-style hotpot, also known as army stew, when South Korea was experiencing the outbreak of COVID-19. She hopes to encourage South Koreans with the dish.

She said: “When I was a high school student, I liked watching South Korean dramas and was a fan of Korean stars. In 2014, when I was a graduate student, I went to a South Korean university as an exchange student. Although I did not stay there for a long time, I always recall my experience whenever I have South Korean food, and making Korean food always brings me back to that period. I wanted to make this dish to encourage Koreans.” 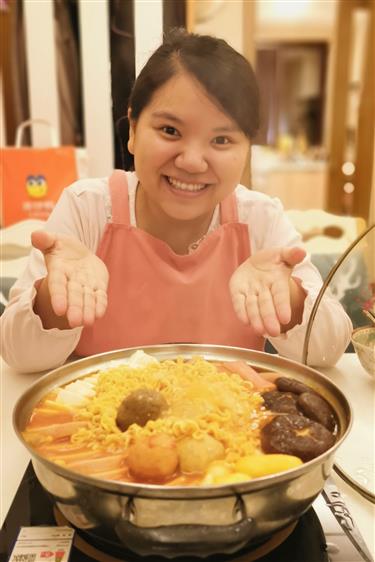 Zhou Yanxin from the Class of 2023 made hongtuan, or red rice cake. Unlike qingtuan, a kind of dumpling popular during the Qingming Festival, hongtuan is popular in Fujian Province for celebrations of happy occasions, such as the Spring Festival.

“The pleasant smell of hongtuan is one of my childhood memories,” she explained. “I used to spend Spring Festival at my mom’s hometown — a small town in Fujian Province. As a kid, I would sneak into the kitchen and watch my grandmother making these beautiful hongtuan. Their round shape symbolizes reunion, and their bright red color brings a smile to your face. They are an important part of life in Fujian. Whenever young couples are married or new babies are born, people send them as a gift with their blessings.” 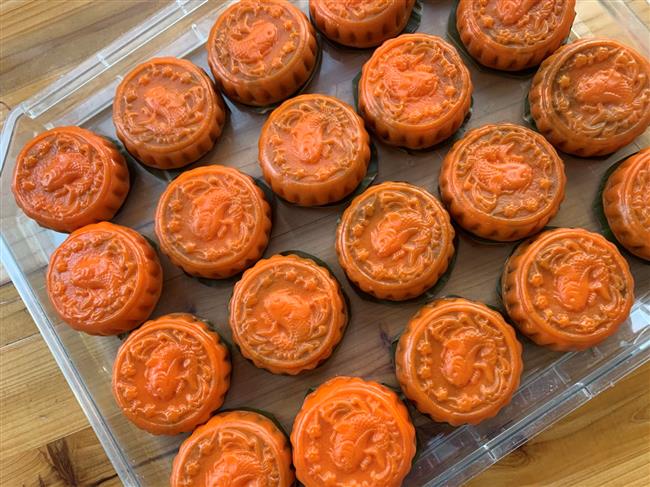 Hongtuan is a significant cultural symbol in Fujian Province.

Zhang Hanlu from the Class of 2020 made jianbing guozi, a popular breakfast pancake in Tianjin.

“It’s made of mung bean flour. Compared with traditional flour, it has a more delicate fragrance of beans and will not stick to your teeth,” said Zhang. “Tianjin people are very strict with the seasoning in the pancake. Anything other than fermented bean curd, sweet bean sauce and green onion will be laughed at. As the soul of the pancake, youtiao, or fried dough sticks, often determines the reputation of a pancake shop.” 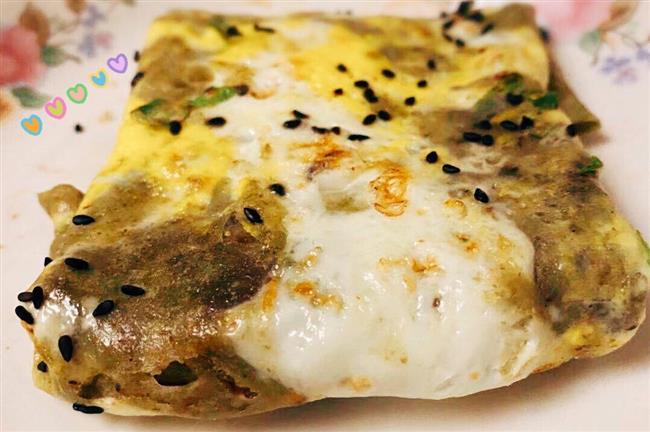 Xiao Jingchen from the Class of 2023 made spicy “big-tray” chicken.

“The Xinjiang Uygur Autonomous Region is my second hometown and the Xinjiang cuisine prepared by my grandma is a part of our family reunion,” said Xiao. “Grandpa and grandma have lived in southern Xinjiang for their entire life. During the 2020 Spring Festival, my grandma taught me how to make the spicy chicken in a big tray at home in Beijing, and it once again redefined the concept of home for me. This is a tradition that persists year after year, and time seems to go back to the past, back to the season when they could breathe freely in their youth.” 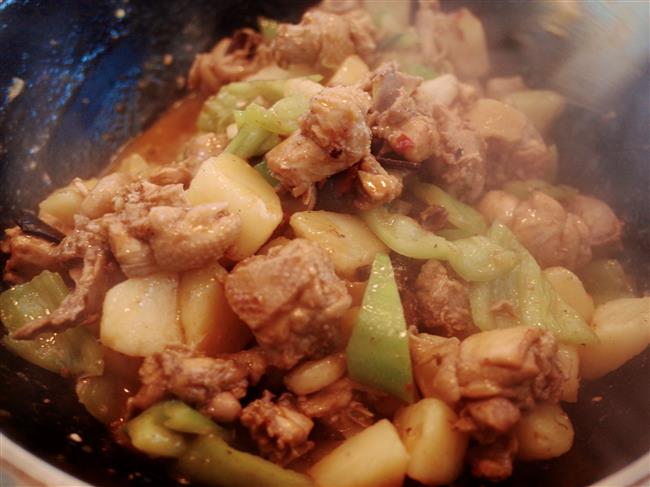 Cheng Gongyu, an inbound mobility advisor at the university, made sweet-and-sour pork ribs, a famous dish in Jiangsu and Zhejiang provinces.

“It’s a must-order in my hometown, Changzhou,” he said. “The special feature of this dish I made is that I replaced crystal sugar with jam when preparing the sweet-and-sour sauce, not only adding a sweetness of fruit, but also making it fresher and healthier.

"I remembered that when I go back to my hometown during the Lunar New Year, I would cook this dish and share it with families and friends. Life is like this, sour and sweet, but always has a lingering flavor.” 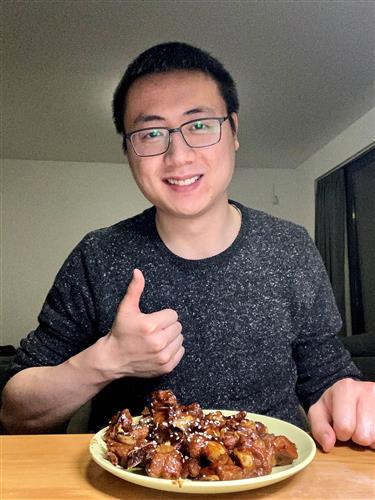 Cheng Gongyu gives a thumbs-up to his sweet and sour pork ribs, a renowned dish in Jiangsu and Zhejiang Province.

Zhang Yanqi from the Class of 2023 made tanghulu, or crispy sugar-coated haw. She said it’s a symbol of Beijing.

“It always appears together with the red walls of the Forbidden City, the gray tiles of the alley and the calls of street vendors,” she said. 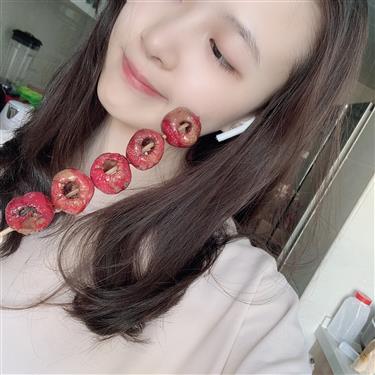 Zhang Yanqi poses with tanghulu, a typical delicacy from Beijing.

Huang Runming from the same class made braised pork in Mao-family style.

“I’m from Xiangtan, Hunan Province, the hometown of Chairman Mao Zedong,” he said. “This dish is named after Mao to commemorate him. I improved it by adding a little syrup while keeping the rest of the steps, to add a sweet flavor to the cold epidemic season.” 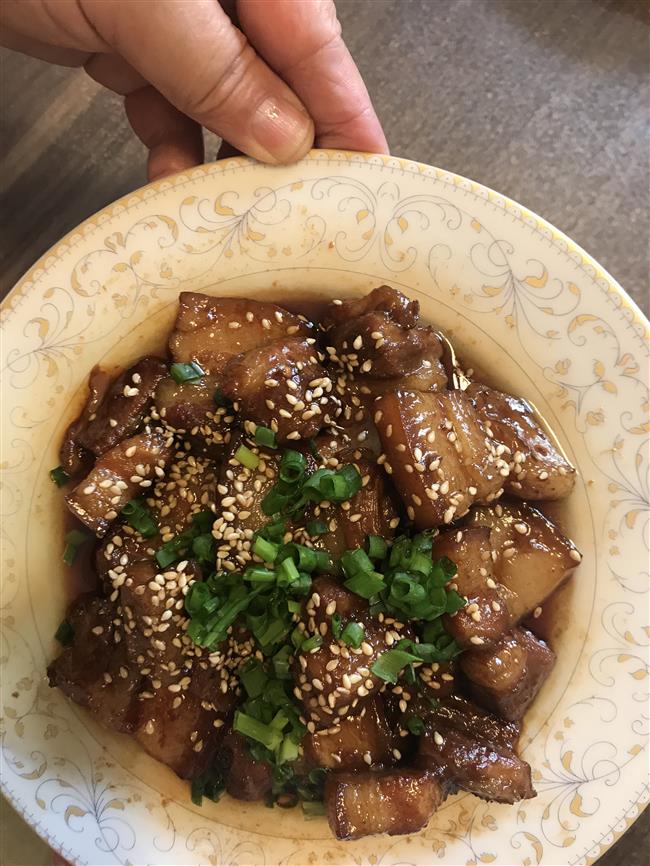