Jiangwan Wetland is located in an area that used to be one of the biggest airports in Asia – Jiangwan Airport. It was later turned into a natural wetland when the airport went into disuse.

Many parts of the wetland have since been developed into commercial or residential areas but a small part of wetland was preserved, where a few wild animals and rare birds live. 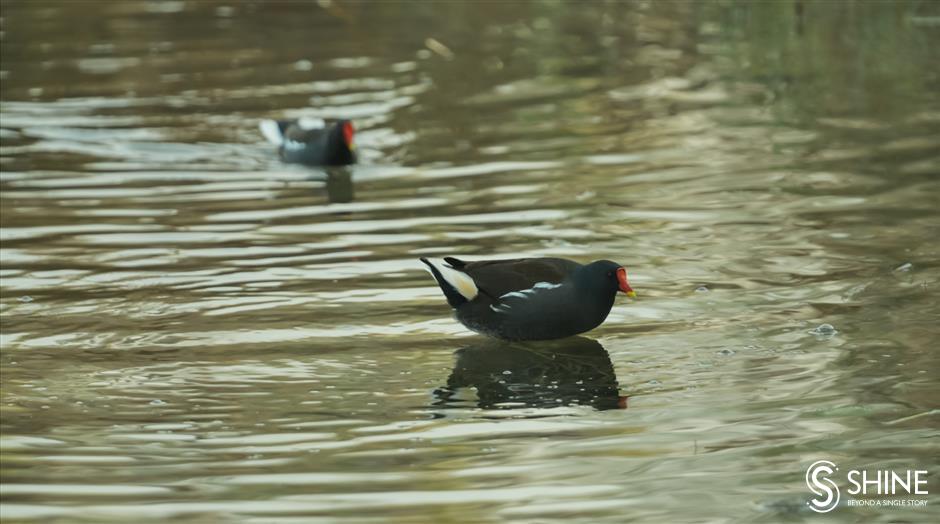 As indicated by the name, the species is widespread and common in wetland habitat. It has red forehead and bill, with yellow tip. It likes to move its tail up and down, when you can see the white patches under the tail. The long toes allow them to be good at both walking on the ground and swimming. They are omnivorous, consume lots of water plants and catch some small aquatic lives also. 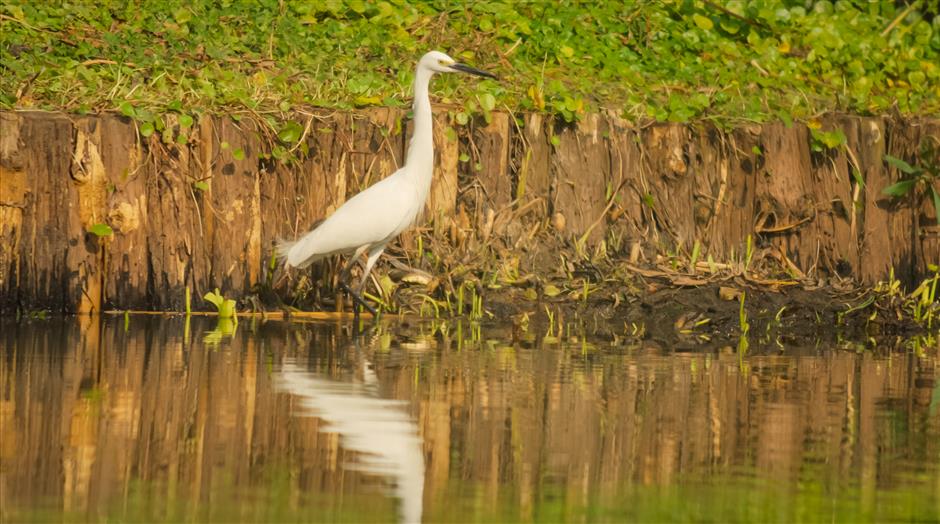 It's the most common white egret in Shanghai. You can find them in many different wetlands, like rivers, small ponds and even paddy fields if filled with water. They prey on fish and other aquatic lives. The long feet and legs make them good at walking in shallow water. They sometimes shake their feet in the water deliberately to disturb the prey and quickly catch them with the pointy beak. 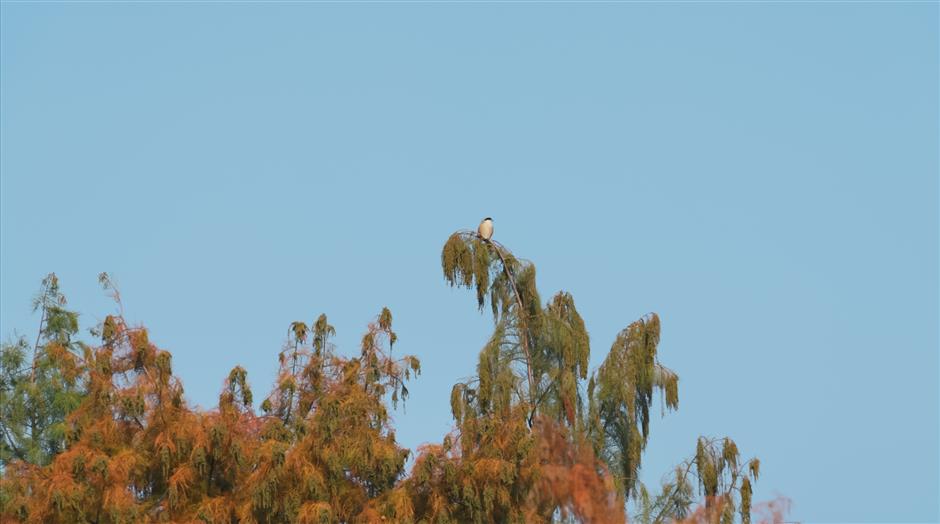 A small but clever predator. Their hooked beak and strong claws indicate that they are good at catching small animals. Their victims include insects, small birds and other animals. They are often found in obvious places like on top of a tree, where they stand to find prey. Like other Shrike species, they like to hang their prey on the tree, making it easier to tear them apart and store the food. 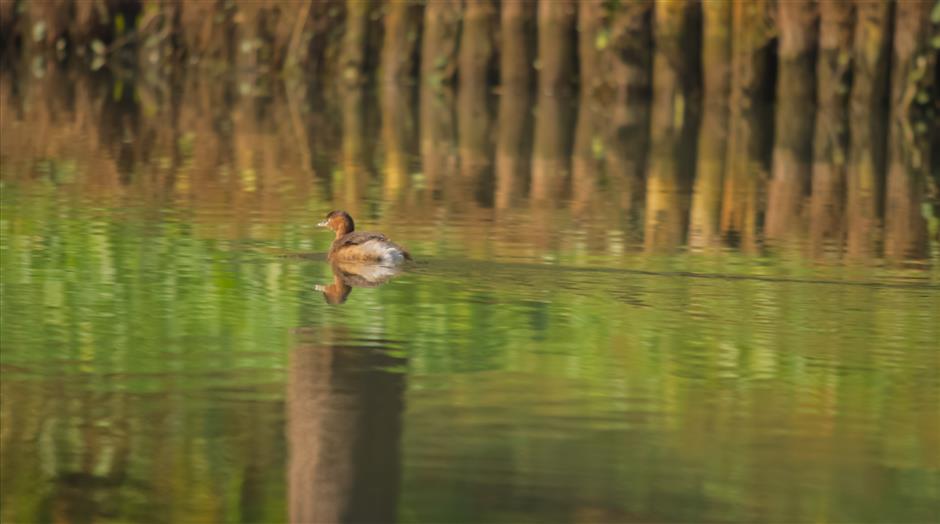 This species is common in Shanghai. Many people will mistake them as small ducks as they are quite good at swimming and diving. They can dive into the water for several minutes to find fish and other prey. Their toes are not fully webbed like ducks, but paddle shaped which help them to swim well. Their feet are placed rather at the back of the body which gives them the strongest push during diving but makes them rather clumsy on the ground. 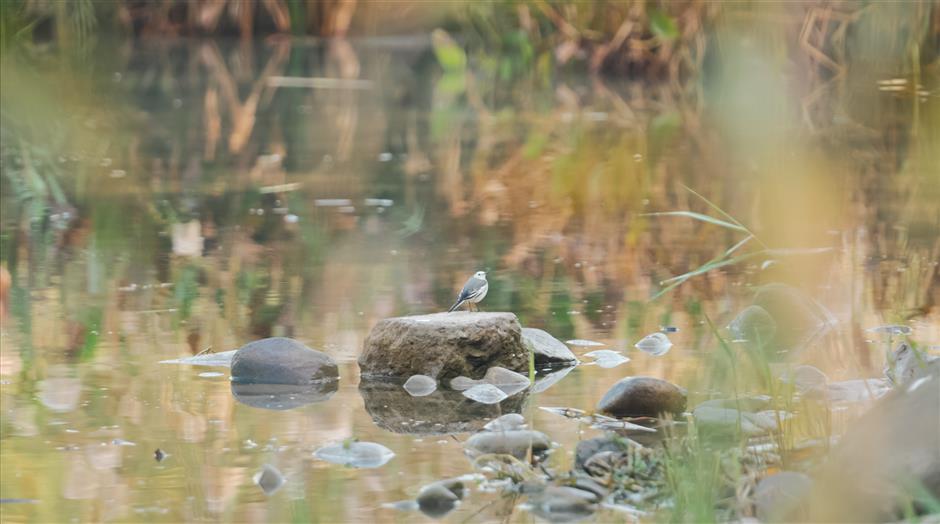 Common birds and easy to identify. They are all black and white but different subspecies have different color patterns. They like to wag their tail gently, from which they get their name. They mainly feed on insects but sometimes eat seeds and plants. In the city, they learn to forage on paved roads where they can see and pursue their prey easily. 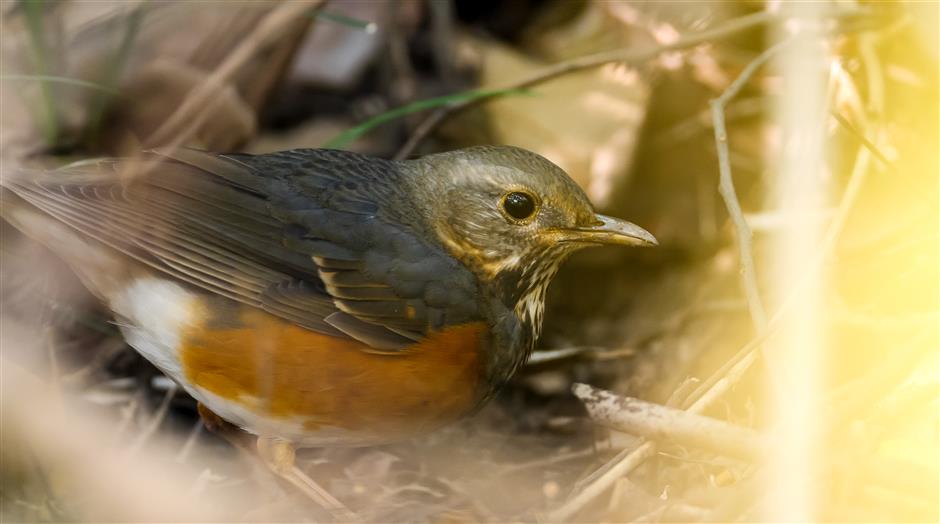 Common wintering birds in Shanghai. They have grey back and orange part under the wing, which is obvious during flight. They like to forage on the ground for insects and earthworms, sometimes also eat fruits and seeds on the trees. 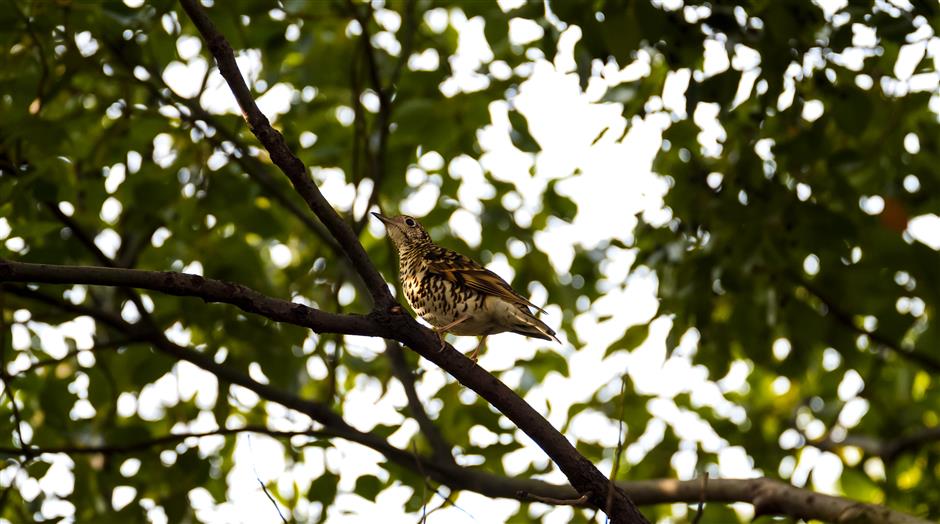 Also wintering birds in Shanghai. They were previously considered a subspecies of the scaly thrush. The scaled pattern of the feather is a good camouflage, making them blend in the forest environment.