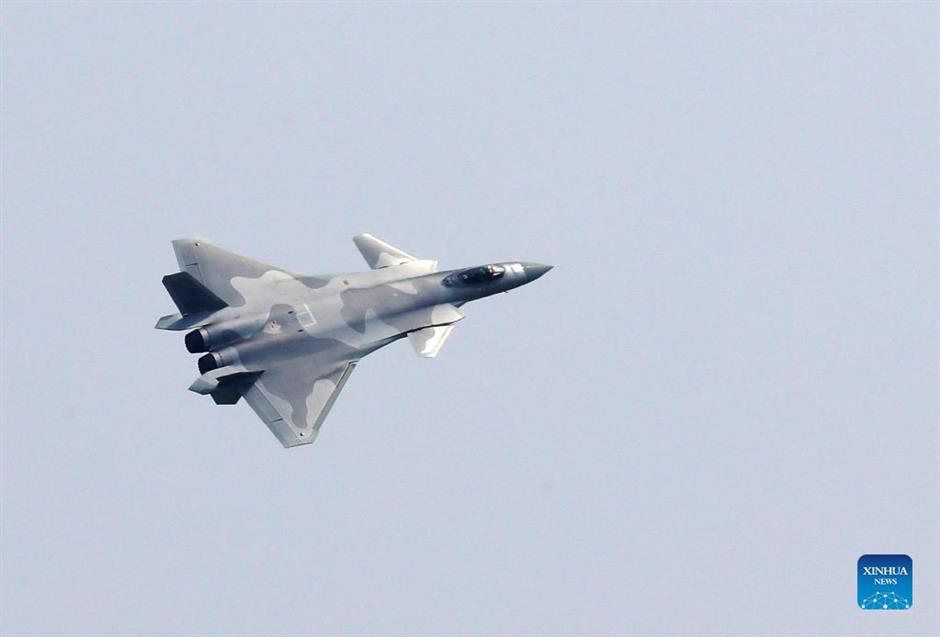 A J-20 stealth fighter jet performs during the opening ceremony of the 13th China International Aviation and Aerospace Exhibition, or Airshow China 2021, in Zhuhai, in south China's Guangdong Province, on Tuesday.

Two of China's new J-20 fighter jets flew with domestically-made engines for the first time at the ongoing Airshow China in the southern city of Zhuhai on Tuesday.

"It's just the beginning. In the future, we'll do more in mechanization and information technology," said Yang Wei, chief designer of J-20. 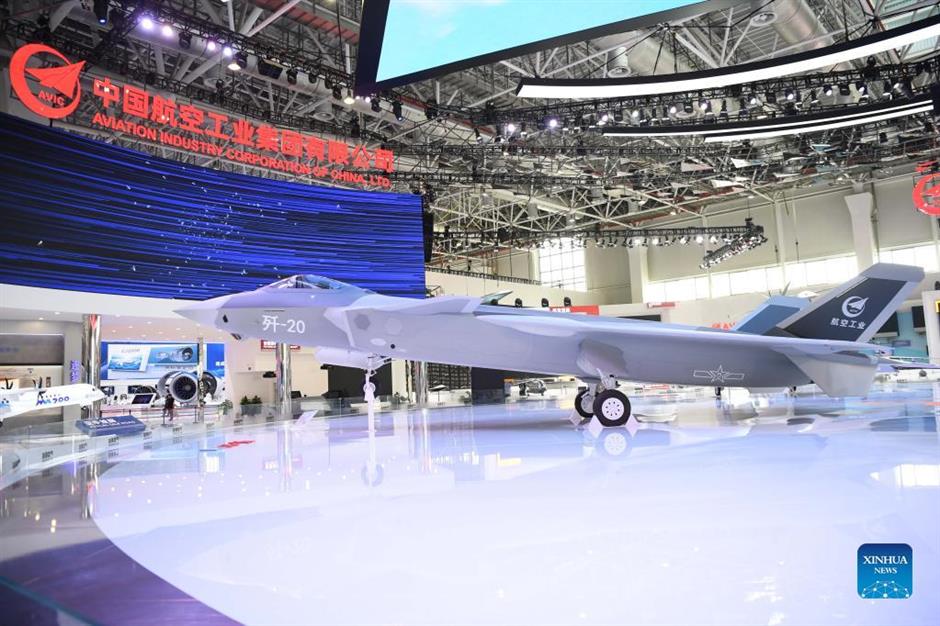 A photo taken on Monday shows a model of the J-20 stealth fighter jet displayed at the pavilion of Aviation Industry Corporation of China at the 13th China International Aviation and Aerospace Exhibition, or Airshow China 2021, in Zhuhai.

On November 1, 2016, the J-20 fighter using Russian-made engines completed its first show at the Airshow China in a two-plane formation.

During the military parade on July 30, 2017, in celebration of the 90th anniversary of the founding of the Chinese People's Liberation Army, the fighter flew in a three-plane formation, which formed the shape of an arrow.