Featuring a nice spread of videos, paintings, animation, installations and sketches created by Tang in recent years under the theme of the “ink-wash project,” the exhibition immediately engages visitors the moment they step into the dark and narrow passageway leading to the entrance.

At the end of the passageway, a video entitled “Uncle Mountain” shows a man repeatedly chiseling through a narrow crack trying to break open a rock stuck between two steep cliffs high above in the air.

The accompanying sound sample was taken by the artist during the 2016 Fukushima tsunami in Japan — the actual sound of the Earth’s crust colliding along the rim of the Pacific Ocean.

Go further. The spotlight of the exhibition goes to “River Breaking,” a multi-screen video theater consisting of several daunting screens, each recording the same scene through different angles.

On the screens, a laborer pulls down on a rope traversing a river as if “breaking” its torrent with huge splashes. The torrent’s roaring sound, the splashing water and the worker’s panting strengthen the connection with and understanding of humanity in a larger sense.

The huge screens seemingly suck viewers in. The muddy water, the tapping of the rope on the torrent and the changing of the moving ripples are surprisingly reminiscent of a Chinese ink-wash painting, or at least the artist finds the core of ink wash in his video.

When mentioning the pursuit in the new possibilities of ink wash, many have been disappointed, as only a handful of artists can dispose of all the shackles and bandages in this traditional art form.

However, Tang belongs to a rare group, especially when similar aesthetic and moving images are seen in his videos and animation. 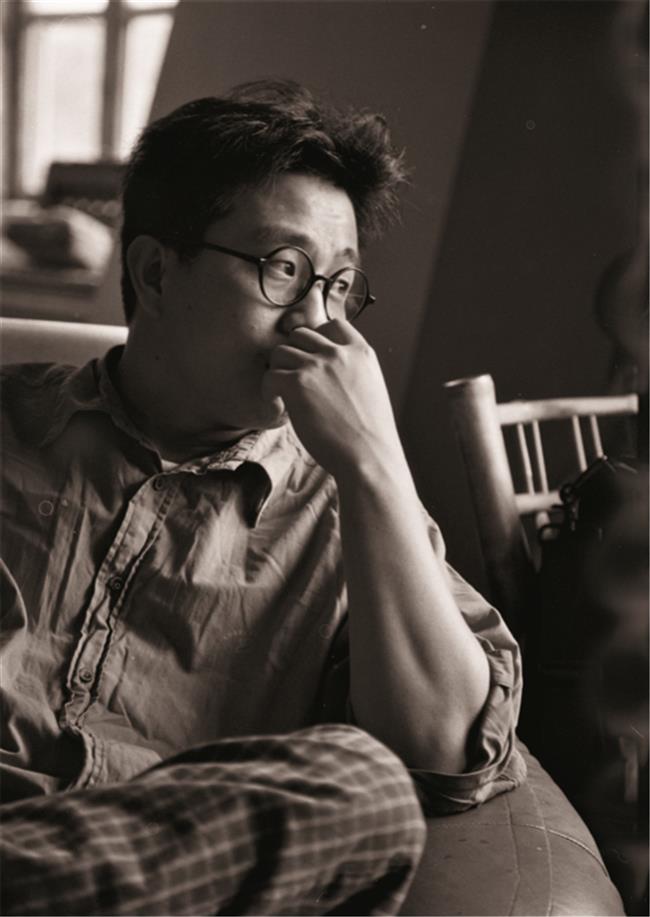 Born in 1969 in Fujian Province, Tang received his post-graduate degree from the college of fine arts at Xiamen University in 2004. He then furthered his studies at China Academy of Art in Hangzhou until 2009. Unlike his peers, Tang spent seven years working toward his doctorate, a reflection of his personality.

“Around the beginning of 2016, the term ‘996’ began to prevail (working from 9am to 9pm six days a week) in some of the high-tech companies in China,” Tang said. “I found that those people around me, whether rich or not, were fully occupied and complained a lot about such a busy life, which in my eyes is the ‘real virus’ in society.”

Tang confessed that some of his works showcased at the exhibition were conceptualized on the road last year.

“There was a small team during the trip that consisted of my curator, poets and friends,” he said. “We started in Lanzhou on a 37-day trip with no plans. It was a luxury to be part of this group where we could just wander for more than a month. The inspirations and improvisations just emerged one after another along the way.”

When talking about the purpose of the exhibition, the artist said “I hope visitors can stand in front of my works for a while, thinking quietly or just empty themselves. If you ask me, ‘work at sunrise and rest at sunset’ — the traditional farm lifestyle — evokes the joy of living in nature’s bounty.”

Another interesting artwork is an animation called “Chaos.”

“In the past decade, I drew a lot of ink-wash paintings,” Tang said. “I am curious about the original state of ink wash in the eyes of ancient people. The landforms then must have been dramatically different than now. I want to find the timeline for the time of chaos.”

An animation team works with Tang to finalize the visual effects he wants to present, but sometimes his ideas can’t be implemented.

“Documentation materials and sketches are also displayed, which includes some of my unfinished ideas. But I can wait for the development of technology,” Wang said. 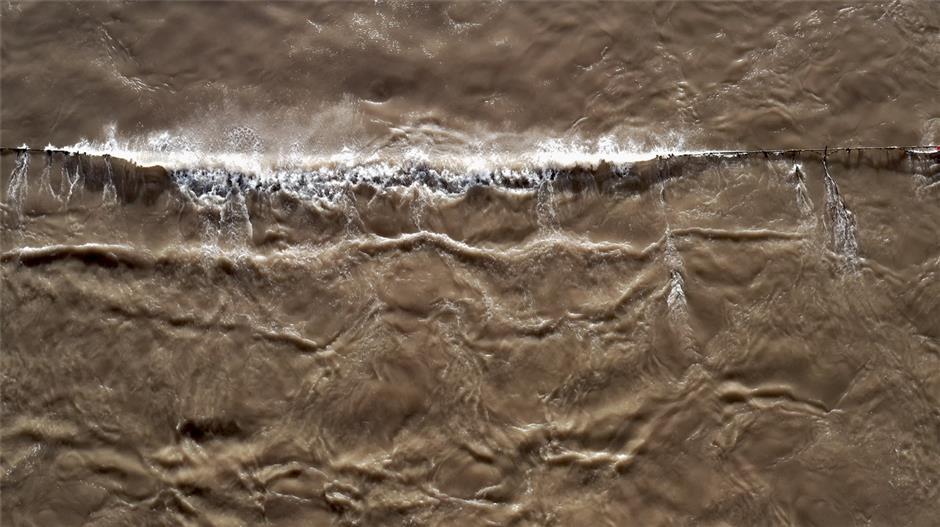 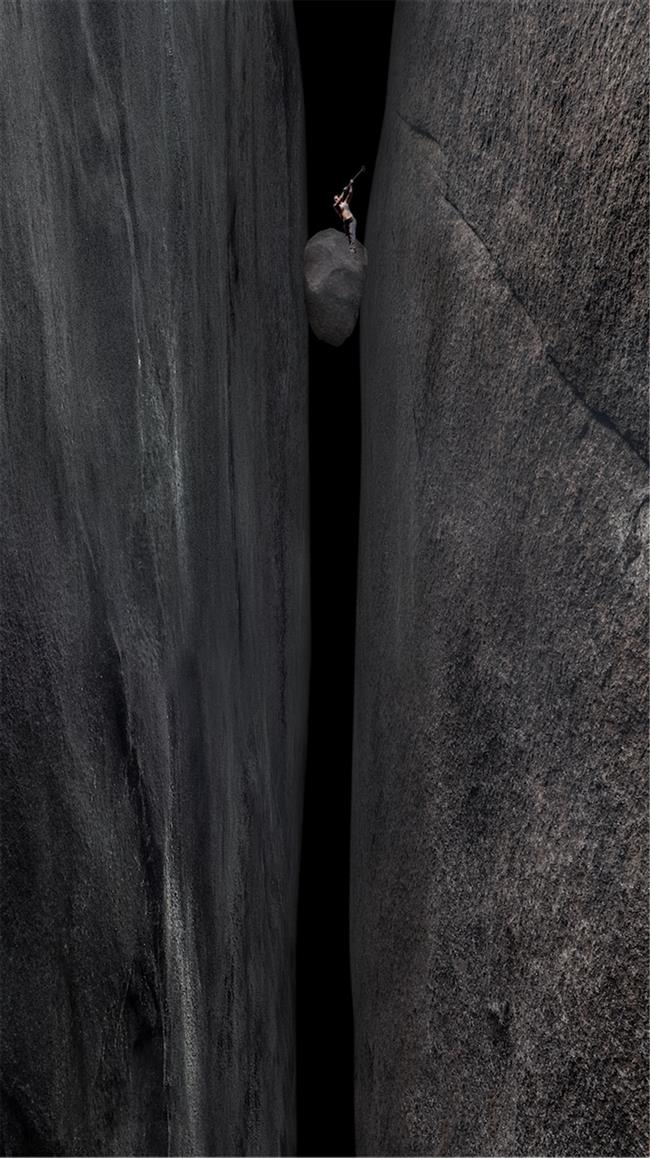