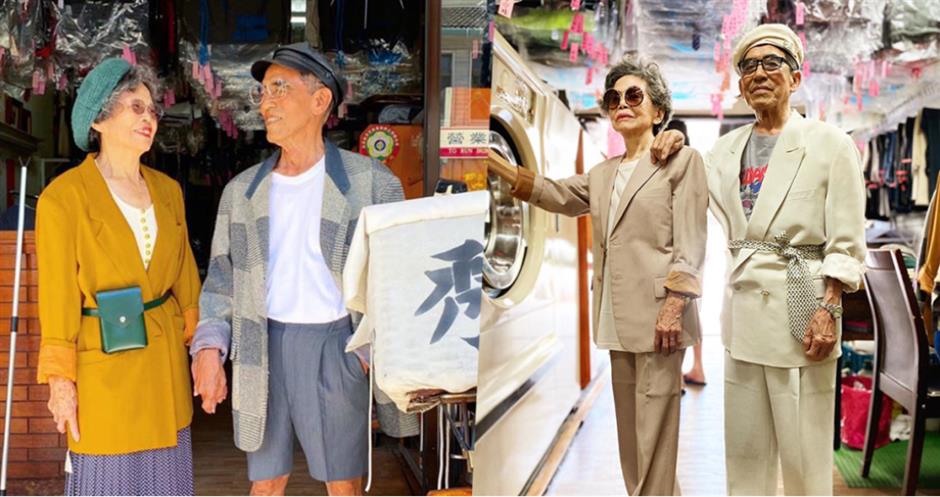 Sho-Er (left) and Wanji, an elderly couple from Taiwan, becomes an online sensation after their Instagram account was created one month ago.

Wanji (万吉) and Sho-Er (秀娥), an elderly couple from Taichung City, Taiwan, have become an overnight sensation on Instagram.

Their account, which was created less than a month ago, has already accumulated over 50,000 followers, of which over 14,500 are foreigners.

These followers are also sharing the couples’ retro outfits on Reddit and other social media platforms, making them one of the most trendy couples on the Internet.

Wanji and Sho-Er, aged 83 and 84 respectively, have been married for 60 years. They have run Wan Sho Laundry in Taichung’s countryside for nearly 70 years.

Their grandson couldn’t bear to see his grandma and grandpa getting bored at work, and wanted to make use of the many clothes abandoned by customers in the shop.

To this end, he decided to create an Instagram account for the elderly couple through which he shared their daily outfits.

Surprisingly, the couple’s retro-chic photos have become an Internet sensation, attracting a great number of fans. 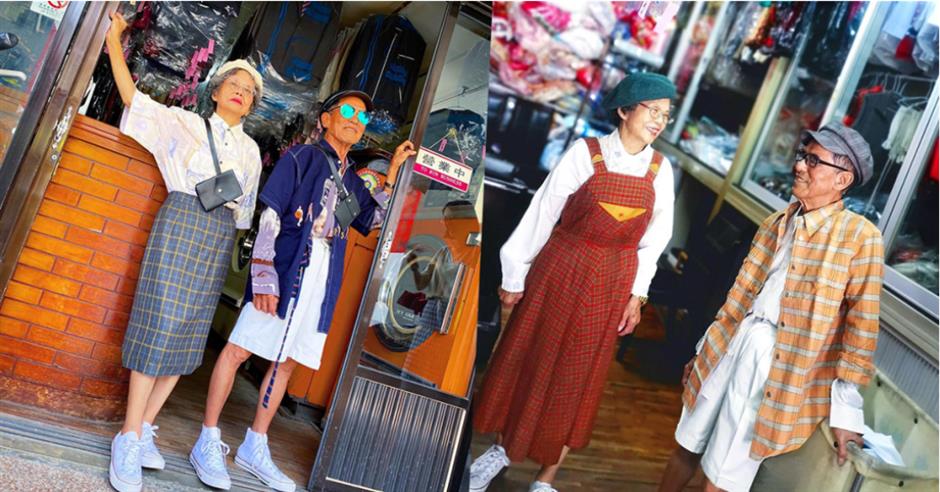 In one of the photos, grandma is wearing a leather hat, a white-and-brown outfit, and Loafers shoes, which echoes her grandfather’s white shirt and black shoes.

In response to the chic pictures, many commented: “They are so adorable!”

To help his grandparents understand what Instagram “followers” means, their grandson used an analogy, saying: “10,000 followers equals 10,000 people subscribing to a newspaper.”

On Tuesday, the number of followers exceeded 50,000, and the grandparents recorded a special video on Instagram to say thank you in Chinese, English and Japanese. 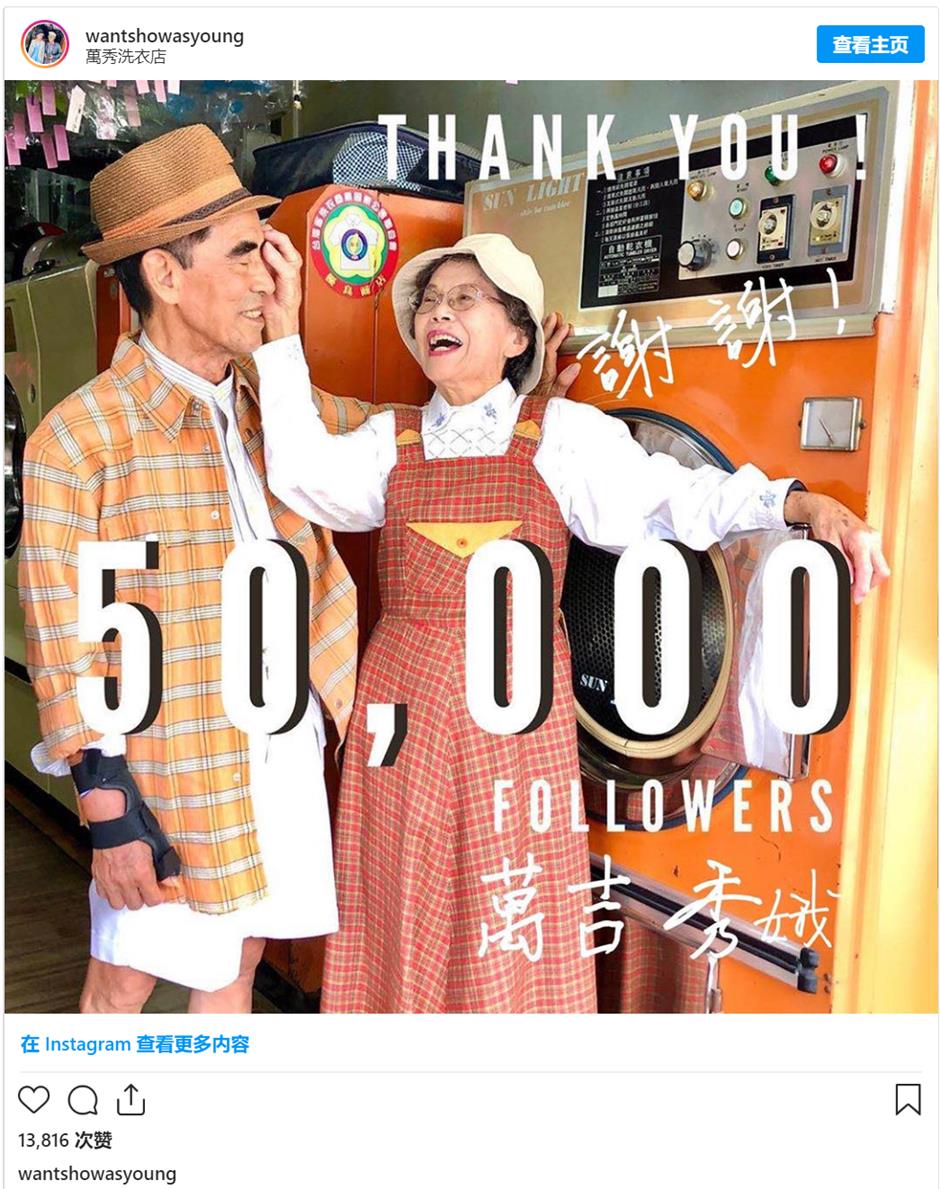 ﻿
Special Reports
ADVERTISEMENT
Grandparents-turned-fashionistas become #Instafamous
Trendy shops add fresh vitality to historic street
Charity exhibition redefines the meaning of home
Get animated at the CCG Expo 2020 in Shanghai
Keeping the 'eyes on the street' wide open
Living better by learning more about death
If it looks like a duck and quacks like a duck, it may be a pet
Master chef cooks up a taste for classics
Check out Yuyuan Garden delights on a budget
Meme's the word: How Eggman struck a chord
EXPLORE SHINE