It's a scorcher as city issues first orange heat alert 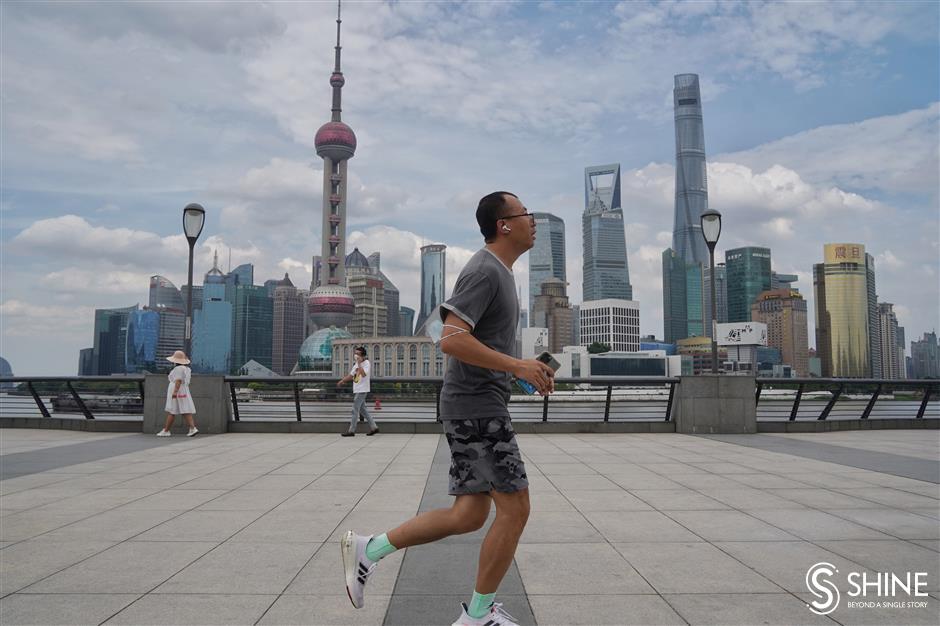 A man runs on the Bund of Shanghai on scorching Thursday. 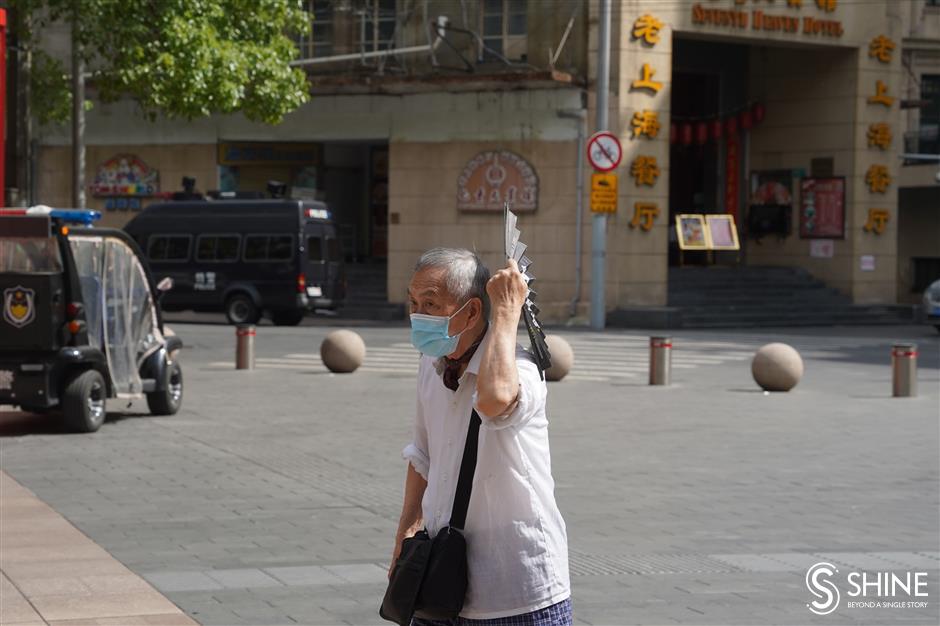 A pedestrian uses a fan to protect himself from the sun. 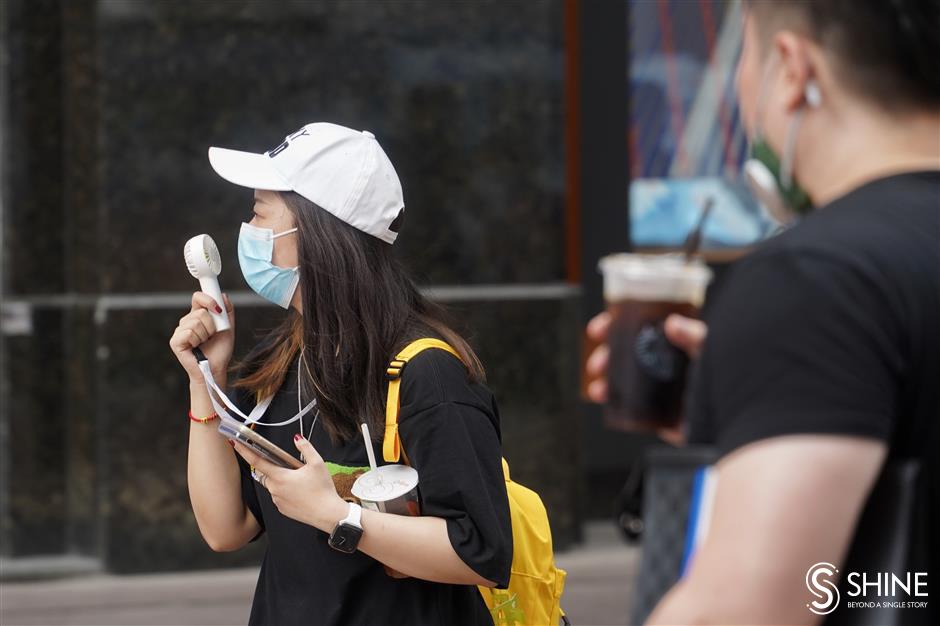 A woman uses a small electric fan to cool herself in the sizzling hot weather.

Shanghai issued this year's first orange heat alert on Thursday, marking the day as the hottest since the start of the year.

The city's meteorological bureau issued the lowest yellow alert at 11:05am.

But it was then updated to an orange alert (the second lowest in the four-tier system) at 2:20pm, warning the temperature would exceed 37 degrees Celsius in some areas because of a subtropical high pressure system.

The high is expected to drop below 30 degrees on Friday as the heaviest rain since this plum rain season, will arrive in the city with wind and lightning from tonight.

The short-term precipitation is predicted to reach 30 to 50 millimeters within an hour.

The local flood prevention officials have issued a lowest alert on Thursday afternoon, to remind relevant departments to fully prepare for the coming rain.

Residents are advised to stay inside but take precautions against heat stroke when going out in the sizzling day. 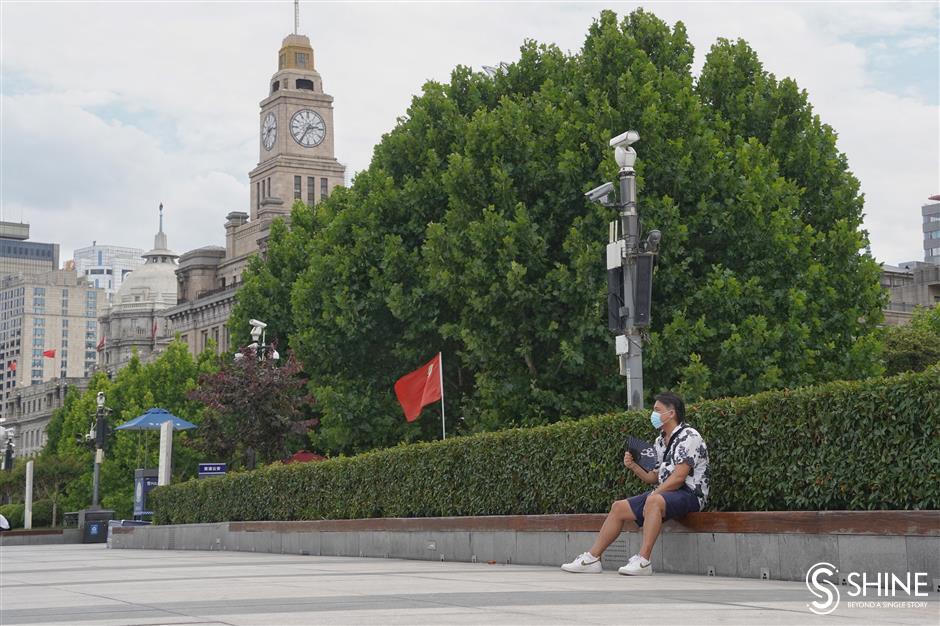 A man uses fan to cool himself in on hot Thursday.

People savor a cool ice-cream as a break from the day's scorching heat.