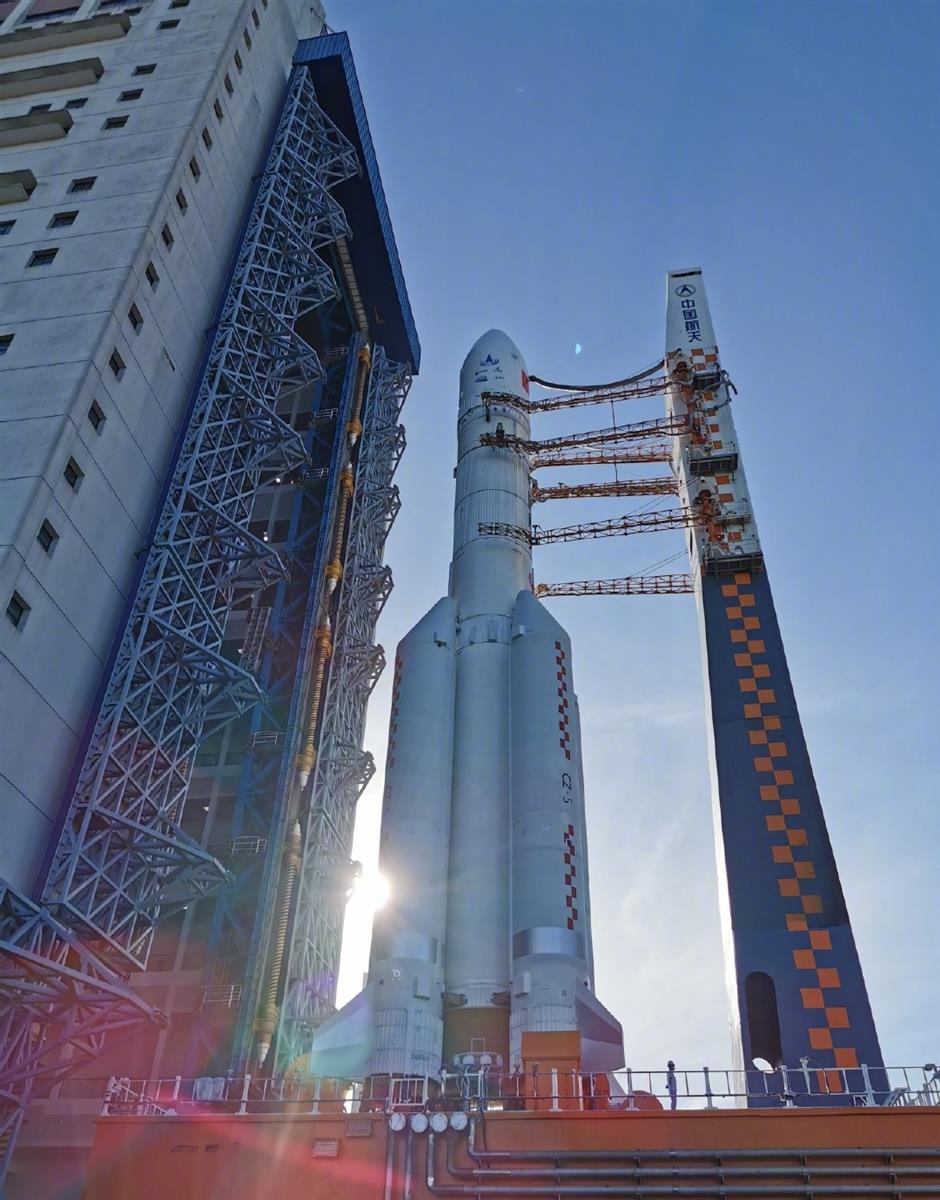 The Long March-5 rocket is vertically transported to the launching area at the Wenchang Space Launch Center in south China's Hainan Province on Friday. 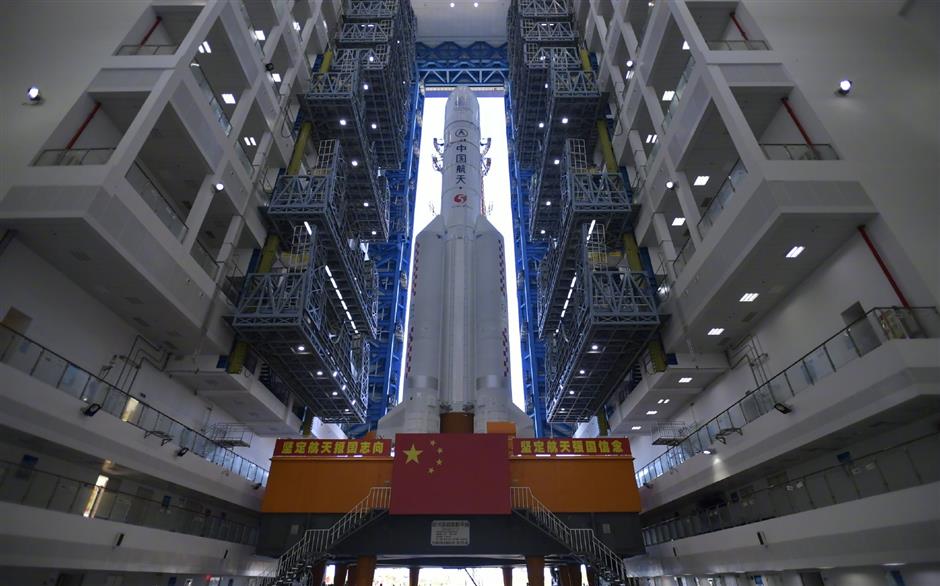 The fourth Long March-5 rocket, to be used to launch China's first Mars exploration mission, was vertically transported to the launching area at the Wenchang Space Launch Center in south China's Hainan Province on Friday.

The carrier rocket, coded as Long March-5 Y4, is planned to be launched in late July or early August, according to the China National Space Administration.

Space engineers have conducted a general assembly and tests on the rocket, after it was transported to Wenchang at the end of May.

It took about two hours to vertically transport the large rocket to the launching area of the center on Friday morning. Final examinations and tests will be conducted on the rocket before the launch.

This is the first time the Long March-5 carrier rocket, currently China's largest launch vehicle, to be put into practical use after three experimental launches. The rocket is expected to send the Mars probe into the Earth-Mars transfer orbit, which is also the first such mission to be carried out by China's carrier rocket.