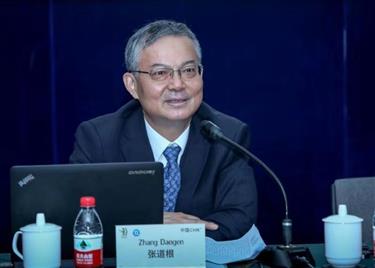 China’s success in turning a backward, isolated country into one of the world’s most robust powerhouses within a generation has been the subject of media and scholarly obsession.

Experts who attended the 8th World Forum on China Studies over the past two days have added their voices to the literature on China’s success story.

Zhang Daogen, President of Shanghai Academy of Social Sciences, pointed out succinctly that as a result of China’s meteoric rise, many superlatives have been bestowed on it.

These achievements are also reflected in more concrete terms of human empowerment. The average life expectancy in China rose from 41 in 1950 to 76 by 2018. Meanwhile, the country also reduced the rate of illiteracy to less than 2 percent in 2018, down 38 percent from 1950.

No national government has pulled off a more stunning feat than the Chinese leadership in alleviating poverty, said Zhang. Poverty reduction has been central to the agenda of successive Chinese governments from the early 1950s.

A total of 760 million rural dwellers have been lifted out of abject poverty. China has set an even more ambitious goal — to eradicate abject rural poverty once and for all by next year, according to Zhang. He added that the metamorphosis China has gone through owes a lot to its adherence to socialism with Chinese characteristics that keeps abreast of the times.

Examples abound, but he noted that reforms initiated in the countryside were the most decisive as they set the ground for four decades of spectacular development.

The household contract responsibility system implemented in 1978 freed up rural productivity and heralded more substantial reforms on land ownership rights and the overhaul of state-owned enterprises.

“These changes were not foisted upon us,” Zhang said. “They were rooted in Chinese conditions and reality; they resulted from constant exploration and bold experiments.”

China’s transformation is also a process of deepening engagement with the world and assimilation into the world economic system.

Never has the world economy been as interdependent as today. Despite recent setbacks caused by the rising tide of protectionism, practically no country is able to disentangle itself from the global trade and investment system.

Nor can it break away from the global division of labor and supply chain, Zhang told the forum. In his opinion, China’s recent history is a testament to the merit of increasing integration with the world economy. When it was founded, the country was predominantly an agricultural economy, confronted with the challenge to fast industrialize for the then leadership.

Changing dynamics in global politics required that China opt for a seismic shift from reliance on the Soviet-style planned economy in the 1950s to a new growth model characterized by more openness to global capital in the late 1970s.

The absence from the world economic system from the 1950s to 1970s cost China dearly in lost productivity and development opportunities.

Up until the late 1970s, Chinese trade volume as a share of its gross domestic product was even below the levels of 1952. The inflow and outflow of capital was almost zero. What’s worse, the country missed out on an historical opportunity as manufacturing shifted from the West to Asia, Zhang claimed.

After the right policies and incentives were put in place, China began an audacious journey of catch-up. A raft of reforms such as setting up special economic zones along its coast and receiving foreign investment catapulted the country to decades of almost uninterrupted, breakneck growth.

What happened next is a tale widely repeated in the global media.

China’s expanding economic ties with other countries heralded a boom in exports and investment.

In the meantime, it benefited from the influx of advanced technology, management expertise and international norms and practices. Priding itself on the record of its global involvement, China will continue to follow the highest standards, and open up further under a set of arrangements formulated in line with a new round of reform, said Zhang.

Special Reports
ADVERTISEMENT
61909
,
Reflections on China's effective containment tactic
Living under the shadows of two pandemics
Amid times of uncertainty, app preserves messages of hope and happiness
Vlog: Is Shanghai really getting back to normal?
Vlog: How does quarantine in Shanghai compare with New Zealand?
Inconvenient truth about the missed opportunity
The West's long learning curve in mitigating pandemic's economic impact
China success in containment of COVID-19 valuable
A simple way to keep COVID-19 economy working
A financial review of the pandemic control
EXPLORE SHINE