Matchmaking for CIIE buyers and exhibitors 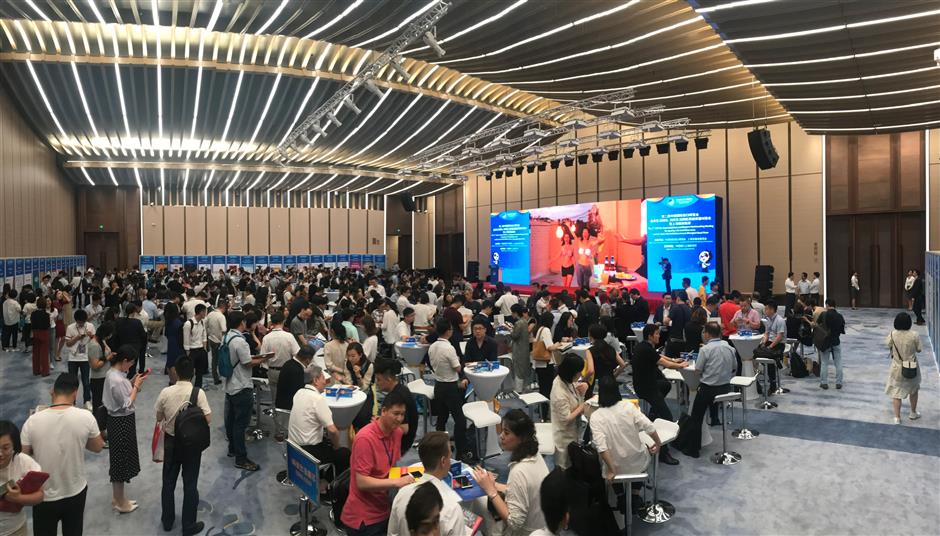 A pre-expo exhibitors and buyers matchmaking meeting for the second China International Import Expo was held on Friday in the National Exhibition and Convention Center.

The session was to support communication and connection among participating companies in the quality of life exhibition and sci-tech life areas at this year's CIIE.

This marked the first matchmaking meeting for exhibitors and buyers in preparation for the second CIIE as well as the fourth leg of the roadshow after Hangzhou, Nanning and Shenzhen.

More than 200 companies including over 60 exhibitors and over 130 purchasers took part in this meeting to communicate and connect with potential business partners before the six-day expo in November.

According to Cao Pei of the China International Import Expo Bureau, the matchmaking meeting was organized after detailed research to ensure the efficient and targeted connection between buyers and exhibitors.

Participants at the first CIIE were mainly large companies. More roadshows in various cities are being held this year to attract more SMEs and private companies, helping them better understand the meaning of the expo and the opportunities it can bring, Cao said.

During the second import expo, a larger number of supportive activities will be held compared with the 176 activities during the first CIIE, and the bureau will set up over 20 meeting rooms of small and medium sizes, Cao said.