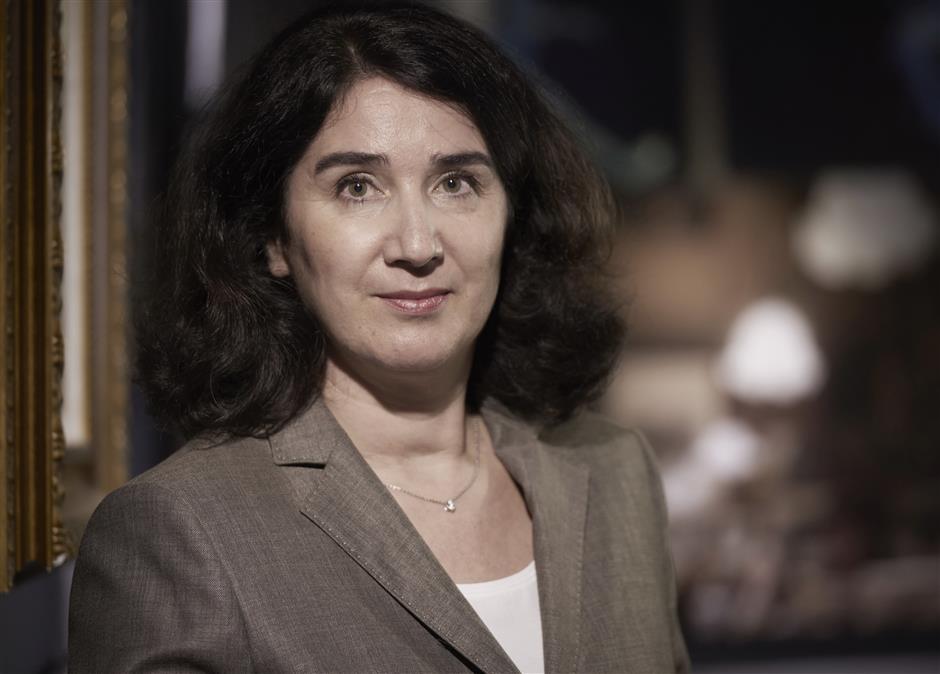 When I came to China and worked as executive coach, I met so many talented, confident and highly motivated women in senior management functions that I decided to research their leadership and career building for my PhD.

Existing Western research often paints a less favorable picture of women in management in China, which is often interpreted as oppressed or less motivated.

People in the West are curious about my findings but also astonished. I believe that women and men from everywhere in the world can learn from the experiences of these Chinese women in senior management.

The results of my research have now been published in Chinese. I am happy and honored that my work received the award “Excellent Top Price” of the BIBF (Beijing International Book Fair) National Silk Road Writing Project.

Contrary to what most people in the West might expect, China has a higher proportion of women in senior executive roles than other countries in the world, far outstripping Western countries such as the US, France or Germany.

To find out, I interviewed 35 Chinese in senior level functions, women who I came into contact with through my work as an executive coach in China for my PhD research with the University of Burgundy in France.

The result is a unique research project, the “Global Women Career Lab,” which analyzes the mechanisms, attitudes and carefully planned career paths that enabled these women to rise to senior positions at multinational corporations in China.

Women who participated came from 25 international companies and more than 12 different business sectors. Career paths are in several cities, including Wuhan, Guangzhou, Nanchang, Beijing and Shanghai. Many of the women interviewed had worked or studied overseas.

In the book, women share their career experiences, and shed light on the capabilities and strengths that enabled them to move into higher management roles.

After returning to Europe I continued my research in a second phase with women in top management functions in economic leaders Germany, France, Russia and Japan as well as Chinese women working in Europe.

To date the “Global Women Career Lab” has collated results from more than 107 interviews with women in top management roles worldwide. The new global data is based on the model for the research, the “FemCareer Model,” which was developed in China and offer insights in how women see their career chances.

Equal opportunity in China is rated 8-10 points on a scale of 0-10 by the interviewed women. Chinese women rated their environment stronger in terms of gender equality compared to women from other nations.

German and French women rated their environment as “average” with 5 to 6 from 10 points, and Japanese women were united in their conclusion that much more needs to be done in Japan.

Chinese women working in France or Germany confirmed these ratings and reported on some of the difficult challenges that women are still facing in these two countries.

The top managers interviewed in China feel highly respected in society and their image as leaders is extremely positive.

“Gender is no topic,” is a common response when they are asked about differences between women and men in management. Women in the West draw a different picture, pointing out that there is a long way to go to reach equality in the top management levels of their countries.

Chinese women have had female role models for several generations, with many mothers and grandmothers working full-time in good careers.

In a comparable, good environment for women’s careers in China, these female executives are characterized by above-average intercultural skills and global mindsets.

Their career orientation is high.

Through targeted career planning which utilizes their skills and personality traits, which are in particularly high demand in global corporations, these executives are catapulting to the top. Women from all over the world can use the insights to reflect on their own career strategies.

Women in this research possess extremely good education backgrounds, some of them have two or even more Master degrees in prestigious universities such as Stanford, Harvard or INSEAD. Others went to the best local universities in China. Of the 35 women, 26 have worked and/or studied abroad spanning a wide range of countries. Their language capabilities are high.

The interviewed female top managers were characterized as extremely flexible concerning work content, working in different teams and with different people and work locations. They are embracing change and are constantly looking for new things to learn.

The most preeminent characteristic is their global mindset. This is the ability to “move between cultures” and use the appropriate leadership skills.

As a result of strategic career planning, the constant expansion of their own international business competence and a team-oriented management style, each of the 35 women attained a top position in a global corporation in one of China’s economic centers in a relatively short time.

“Going where the odds are waiting,” was one of the typical answers to the question of their career strategy. This could serve as advice for other women worldwide to test their own flexibility and willingness to take risks.

My analysis concludes that successful Chinese women and their careers can serve as role models for women around the world.

Women in China and from all over the world can use the insights from my research in China to reflect on their own career strategies, to make their career planning more successful, to think outside the box and to maximize their opportunity to rise to top management.

Based on the results of the theory driven research from China, I developed a three step self-assessment for women in management functions.

The 3-step “Al-Sadik-FemCareer-Assessment” can be used during workshops and coaching to support women to clarify what they need to further develop.

The new concept of this assessment is “Made in China,” and will be used by myself and certified trainers here and in Western countries.

Dr Bettina Al-Sadik-Lowinski is an author, researcher and experienced executive coach who has worked many years as an executive at a series of multinational companies.

﻿
Special Reports
﻿
Reflections on China's effective containment tactic
Living under the shadows of two pandemics
Amid times of uncertainty, app preserves messages of hope and happiness
Vlog: Is Shanghai really getting back to normal?
Vlog: How does quarantine in Shanghai compare with New Zealand?
Inconvenient truth about the missed opportunity
The West's long learning curve in mitigating pandemic's economic impact
China success in containment of COVID-19 valuable
A simple way to keep COVID-19 economy working
A financial review of the pandemic control
EXPLORE SHINE