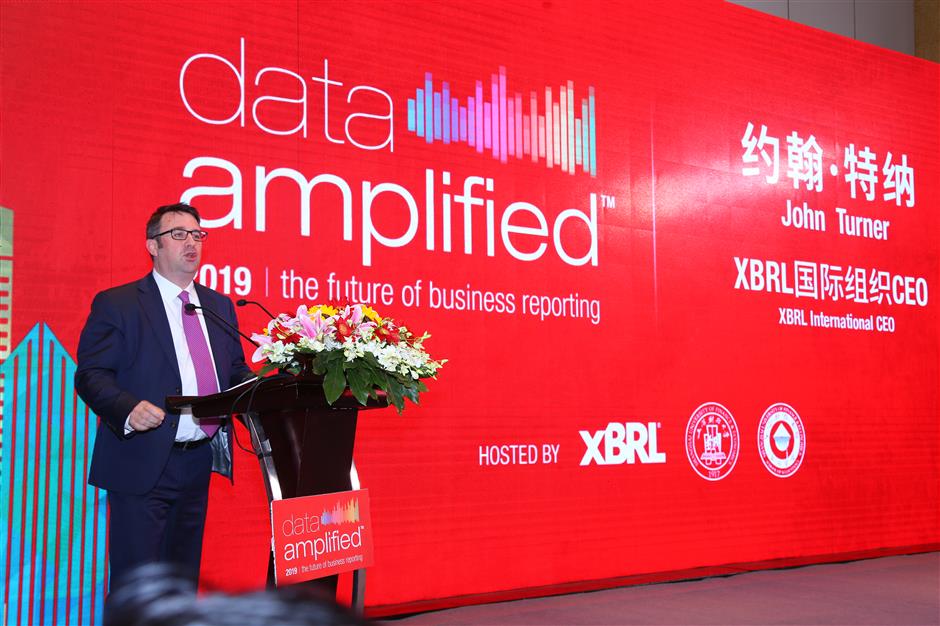 An increasingly integrated business world is in need of a common language to enhance information-sharing and supervision coordination, and thus the extensible business reporting language (XBRL) is offered, according to participants at the ongoing 2019 XBRL International Summit held in Shanghai.

John Turner, CEO of XBRL International, said at the summit that business reports around the world have applied the same accounting standard, and they should also be presented in a standard language to reduce misunderstanding and misuse.

So far, regulators in more than 150 countries and regions have demanded local companies use XBRL in their business reports, and China is one of them.

The 2019 XBRL International Summit was held for the second time on the Chinese mainland. XBRL China was set up in 2010, when the summit was held in Beijing.

The three-day summit, running through Thursday, is in partnership with Shanghai University of Finance and Economics.