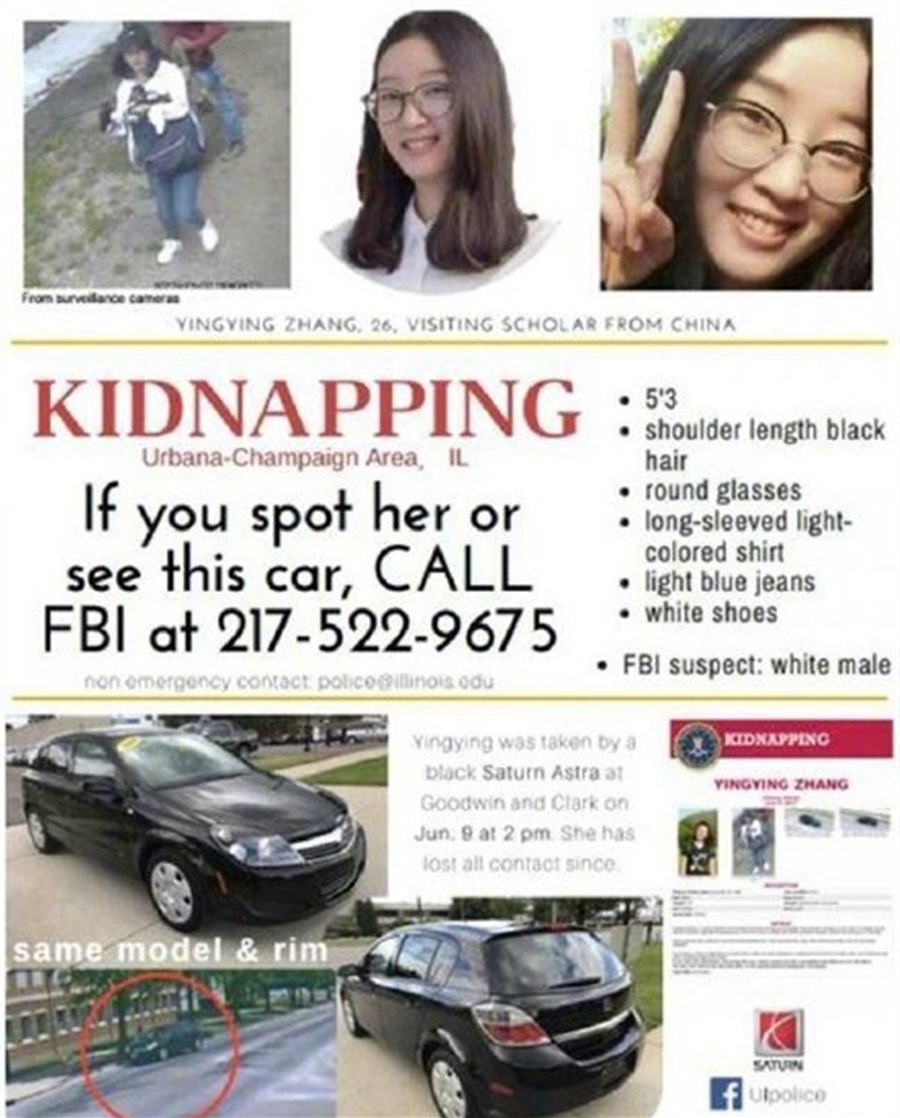 The FBI has located the vehicle related to missing Chinese scholar Zhang Yingying who was studying at the University of Illinois at Urbana-Champaign (UIUC), according to local media ABC7.

"The car was described as a black Saturn Astra four-door hatchback. The University of Illinois Police Department and FBI have received numerous leads regarding the vehicle, and we are announcing we have located the vehicle." the FBI said in a news release.

But FBI refused to say where or when the car was found.

"The Consulate General of The People's Republic of China in Chicago has been in close contact with UIUC, police department and FBI. Before the news was released, FBI Chicago field office already informed us of this," Yu Peng, Chinese Deputy Consul General in Chicago, said to Xinhua during an interview.

The disappearance of 26-year-old Zhang has been labeled as kidnapping but police have not ruled out other scenarios. Surveillance video on June 9 showed her getting into the vehicle.

While the car was found, Zhang was not, and the FBI is still asking for information.

"We have developed several additional leads and would like to remind the public that this is still an active investigation," the FBI said in the news release. The FBI continues to offer a reward of up to 10,000 U.S. dollars for information leading to the location of Zhang.

Besides, FBI and Crimestoppers promised to offer an additional 40,000 U.S. dollar reward for information leading to an arrest of any individual involved in the apparent kidnapping of Zhang.

Zhang's father arrived at the UIUC with her aunt and boyfriend on June 17, hoping to find her. According to a UIUC spokesperson, the university has provided apartments for Zhang's family, and the Chinese Student Scholars Association is providing meals to them.