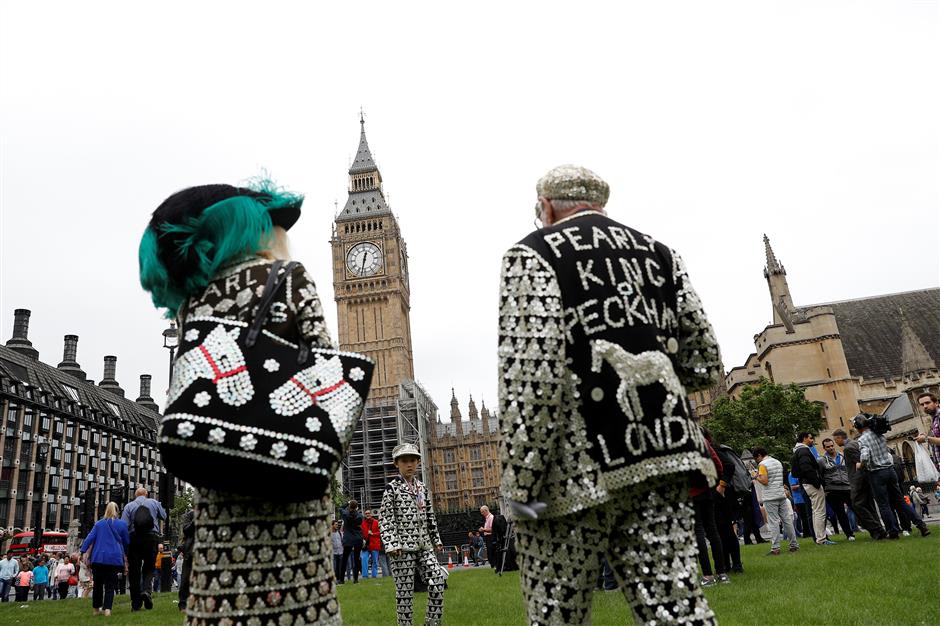 A crowd stands in front of the Elizabeth Tower, which houses the Great Clock and the ‘Big Ben’ bell, at the Houses of Parliament in London today.

London landmark Big Ben fell silent for four years starting today, as a political outcry mounted over renovations that will rob Britain of a cherished symbol at a time of national uncertainty.

The 12 bongs from the famous bell rang out for midday in front of a hushed crowd of over a thousand people assembled in Parliament Square to mark the longest silence in its 157-year history.

“I can see it from where I live. I do live my life by it. I’m 72 and I’m worried it might be the last time I actually hear them!” said Denise Wiand, one of the spectators, who lives on the other side of the River Thames from parliament.

Thomas Moser, a 54-year-old German tourist, said: “The crowd were really listening. We are here, we want to hear every single sound. It’s almost a historical moment.”

Westminster’s Elizabeth Tower, which looms over the Houses of Parliament and is one of Britain’s most popular tourist attractions, is due for conservation work.

The famous clock’s bell has been stopped over health and safety concerns, silencing an emblem of continuity as Britain grapples with Brexit negotiations.

The decision will protect builders working on the site, amid fears that prolonged exposure to the 118-decibel bongs from the 13.7-ton Big Ben bell, which chimes out the hour, could damage hearing.

But the debate has swiftly moved into the political sphere.

The shutdown will coincide with Britain’s impending departure from the European Union, a period set to be politically turbulent and economically fraught.

The bongs are a venerated part of British life, used at the start of radio and TV newscasts and the midnight countdown to New Year’s Day. The sound is also familiar to many people beyond Britain, as it is broadcast on the BBC World Service.

Pro-Brexit members of parliament have criticized the decision to shut down the chimes.

Prime Minister Theresa May is among those who have raised concern.

“Of course we want to ensure people’s safety at work, but it can’t be right for Big Ben to be silent for four years,” she said.

She said she hoped a House of Commons commission would “look into this urgently so that we can ensure that we can continue to hear Big Ben through those four years.”

The Commons has said that it “will consider the length of time that the bells will fall silent.”

“Of course, any discussion will focus on undertaking the work efficiently, protecting the health and safety of those involved, and seeking to ensure resumption of normal service as soon as it is practicable,” it says.