Chess queen always one move ahead of the rest

Chinese chess grandmaster Ju Wenjun gives people the impression that she is quiet and patient ─ but beneath that cool facade lurks something much more ruthless and determined.

Ju started playing chess at the age of 7. Her father was a Chinese chess follower, but gave full support to Ju when she showed interest in the more international discipline of the game.

“I first played chess in an extracurricular hobby group in Jiangning School when I was in Grade 2. I just thought it was a fun game,” Ju told Shanghai Daily during a visit to her alma mater on Children’s Day. She played simul and communicated with young chess players at the school.

“Willpower is crucial in the sport. When you are in an inferior position, you have to hold on to yourself and try and pull the situation back,” she says. 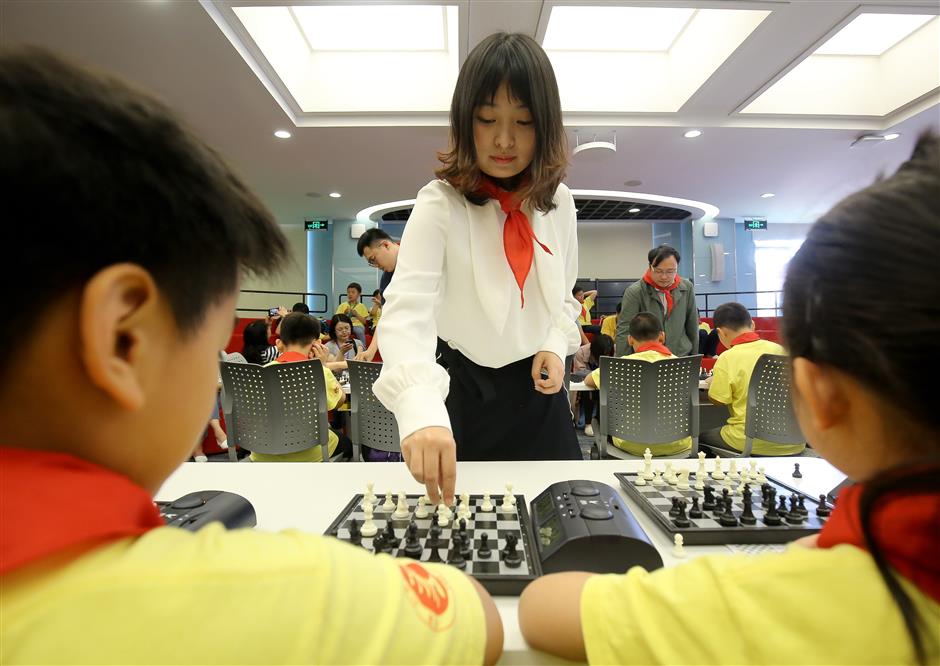 Students at Jiangning School hold photos of Ju to greet her.

Ju lost to long-term rival and friend Tan in the world championship last year, as well as in the National Games.

“Last year I had some low moments. I trained a lot, but did not play well in competitions. I was not in my best form in those two encounters. I felt under pressure before that (winning the world championship). Now I’m more relaxed,” she says.

Ju says hardworking is what “distinguishes” her from contemporaries. “I’m always thirsty for knowledge about chess and have probably spent more time than others on training and analyzing games,” she says. “My coaches have all said the same about me.

“Also, I like playing against opponents who are stronger than me. Some players are good in the opening of a game, some are good in middle or in the end. I can always learn from them and improve myself.”

“I was a quite naughty girl,” Ju reflects, “but chess slowly changed me into a quiet person. It’s a basic requirement for a chess player to stay cool and calm.

“I also feel weary when match schedules are too tight. When it is like that, I’ll take a couple of weeks’ break to listen to music or simply blank out, relax and recover. 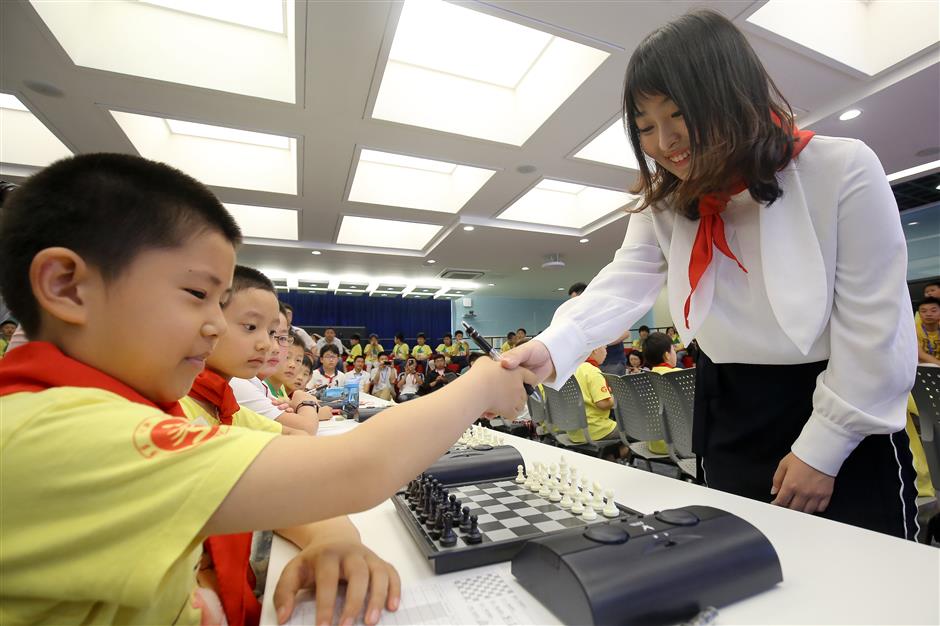 Ju doesn’t really agree that chess is “one person’s battle.”

“I think communication is still necessary, especially with other chess players,” she says. “When you are not sure about what choice to make in a certain game, opinions from teammates and other players can often inspire me and help me make judgment.”

Ju keeps in touch with her former teachers. Some still keep “tipping her off” regarding chess strategy.

Xu is currently a teacher on high polymer at Shanghai Institute of Technology. As a member of Shanghai chess squad and national chess team in the 1970s, Xu taught chess at Jiangning School in the 1990s.

“Ju was in Grade 3 when I started to teach her in 1999,” says Xu. “She was good at self-examination. I taught her how to decide an opening and encouraged her to challenge opponents with better skills so as to improve herself. But frankly, I didn’t expect her to eventually become a world champion.

“Now I have to learn from her,” Xu adds, laughing.

Having realized the world champion dream at the age of 27, Ju says her new goal is to help promote the sport.

“I want to keep improving in chess and contribute to the sport by getting more attention from the public. I want more people to know about the game. Chess is a good sport for logic and mental training,” says Ju.