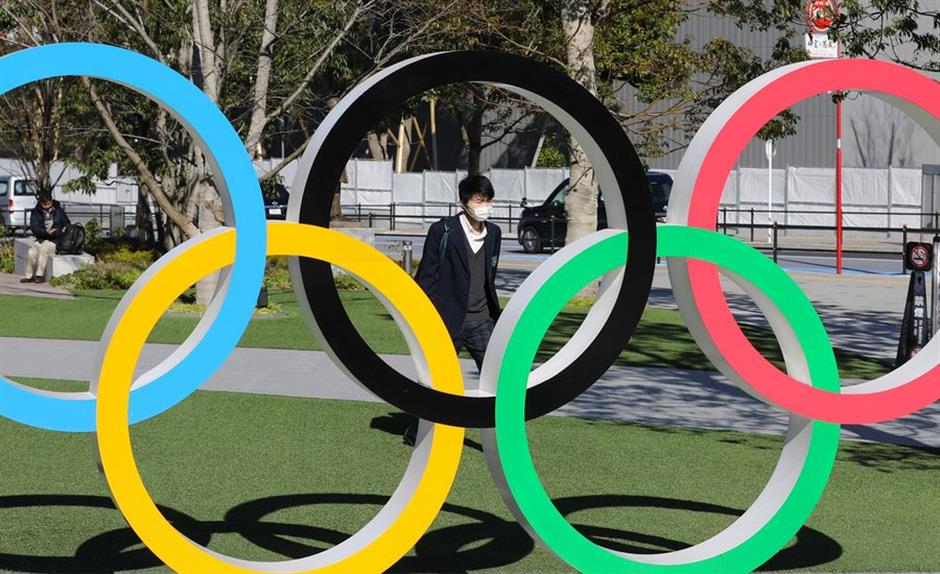 The postponed Olympic Games will now begin on July 23 next year and run until August 8, the head of the Tokyo 2020 organizing committee said on Monday, as the coronavirus pandemic made it impossible to plan and prepare for them properly this year.

The Games were postponed last week — the first such delay in the 124-year history of the Olympics. The move was a huge blow for Japan, which invested US$13 billion in the run-up to the event and raised US$3 billion from domestic sponsors.

Yoshiro Mori, the head of the Tokyo 2020 organizing committee, confirmed the new dates after he made the decision with the International Olympic Committee. Mori said the Paralympic Games would run from August 24 to September 5.

“The Tokyo Olympics Games and the successful delivery of these Games will be how we overcome all the problems that the world is facing and that the Olympics could be a symbol for this,” Mori said. “These Games are going to have great historical significance.”

Only hours earlier, Mori had said he expected a decision from the International Olympic Committee during the course of the week. But late Monday, he said an emergency teleconference had been held with the IOC and the date finalized.

“We agreed that the timing of the event will be in summer as originally planned, considering the coronavirus ... and a certain amount of time needed for preparations, selection and qualification of athletes,” he added.

In a statement, the IOC said the new dates would give health authorities and organizers “the maximum time to deal with the constantly changing landscape and the disruption caused by the COVID-19 pandemic.”

The decision would also cause “minimum” disruption to the international sports calendar, the body said.

The Tokyo 2020 Olympics were due to open on July 24 this year and run for 16 days, but the pandemic forced the first postponement of the Games.

The IOC and Japan had for weeks insisted the show could go on but the rapid spread of COVID-19 prompted growing disquiet among athletes and sporting federations.

The Olympics was the highest-profile sporting casualty of the coronavirus that has wiped out fixtures worldwide.

The postponement has handed organizers the “unprecedented” task of rearranging an event seven years in the making, and Tokyo 2020 CEO Toshiro Muto has admitted the additional costs will be “massive.”

According to the latest budget, the Games were due to cost US$12.6 billion, shared between the organizing committee, the government of Japan and Tokyo city.

The postponement affects every aspect of the organization — hotels, ticketing, venues and transport being among the major headaches.

Hotels have had to cancel bookings and some venues that had booked events years in advance will potentially have to scrap them.

Earlier Monday, Muto, said the committee was moving “in the direction” of honoring tickets bought for the 2020 Games at the rescheduled event, or providing refunds in case of scheduling changes.

“We want to honor the hopes of all those who purchased the tickets amid high demand,” Muto said, adding, it was too early to say what the additional costs of the delay would be.