Operations as usual despite allegation 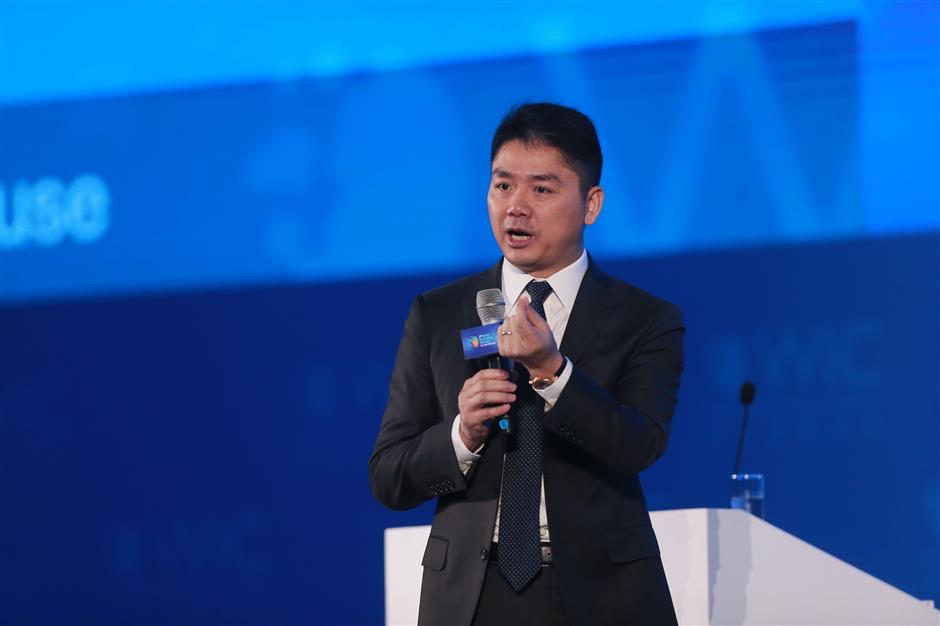 In this file photo Liu Qiangdong, chairman and CEO of JD.com, speaks at the main forum during the second World Intelligence Congress, also known as WIC2018, in Tianjin, China, on May 16, 2018.

JD Chief Executive Liu Qiangdong said that the company’s daily business operation will remain largely unchanged despite uncertainty over whether he will face criminal charges over a rape allegation in the US earlier this year.

Liu told a conference call after the e-commerce company filed its third quarter financial results that he would be handing some of his responsibilities to others in the senior management team to focus more on new businesses.

Third quarter profit almost tripled to 3 billion yuan (US$484 million) but was mainly due to a one-off gain from the public offering of luxury platform Farfetch in which the company holds a minority stake.

Revenue in the third quarter rose 25 percent to 104.8 billion yuan, the lowest pace since it listed in the NYSE in 2014. The number of annual active customers on the JD platform was up 14.6 percent to 305.2 million but was down 2.7 percent from the previous quarter. Operating losses widened to 650.7 million yuan from 502.4 million yuan a year ago due to a slow down of consumers’ spending on big ticket items.

It expects sales in the fourth quarter to be up 18 percent to 35 percent from a year ago to be between 130 billion yuan and 135 billion yuan.

Liu was arrested in suspicion of rape in Minneapolis earlier this year but later was released without bail. Local prosecutors are still deciding whether to file criminal charges.