Jiading District is springing back to work! 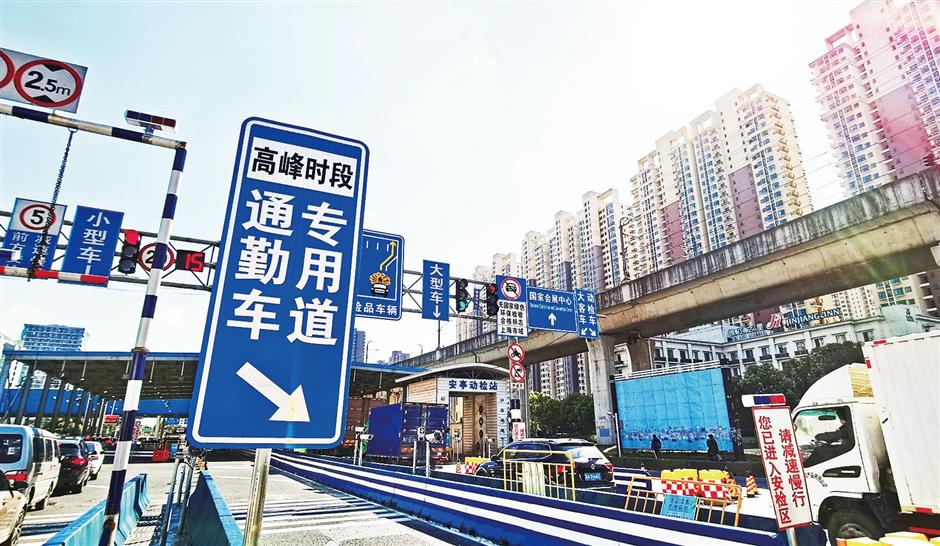 Cars queue up ready to accept inspection at the Anting checkpoint on Cao’an Highway.

Instead of waiting for winter to pass, it is better to take the initiative to welcome the arrival of spring.

With more and more enterprises resuming operations in Jiading, frontline workers have done a good job in epidemic prevention and control on the one hand, and made full preparations for ensuring production on the other, to let development become a strong support in dealing with the epidemic.

As of 9pm on February 16, 2,027 enterprises have resumed operations in Jiading, accounting for nearly 30 percent of the total and involving 72,000 workers.

Among enterprises with an annual business income of 20 million yuan (US$2.86 million) and above, 841 have resumed operations, accounting for 68.3 percent of the total.

Although the enterprises in Jiading resumed operations one after another, the lack of human resources is a key issue which tests their ability in overall planning and allocation, as well as efficiency in management and technological innovation.

Aptiv Electrical Centers (Shanghai) Co was one of the earliest in Anting Town to resume production. It quickly increased its production capacity by 45 percent with just 25 percent of human resources.

In Shanghai Fengge Nonwoven Co in Xuhang Town, the factory director becomes an operator and the sales manager works as a warehouse keeper.

Affected by the epidemic, no more than a quarter of frontline personnel went back to work on the first day when the company resumed operations. However, the company dispatched sales and administrative personnel to the forefront to maintain the full load operation of a production line.

An antibacterial non-woven mask developed by the company has obtained qualification and will be put into production soon. It is reported that the mask has a long-term antibacterial effect and can be used for a long time.

Another medicine produced by the company — chloroquine phosphate tablet — has been found to be one of the three drugs that inhibit the virus at cellular level, and the inhibition effect is significant in the late stage of clinical trials.

Hence, the company resumed the production of the tablet immediately and delivered the first batch on February 14. At present, nearly 40 percent of the company’s employees have returned to work.