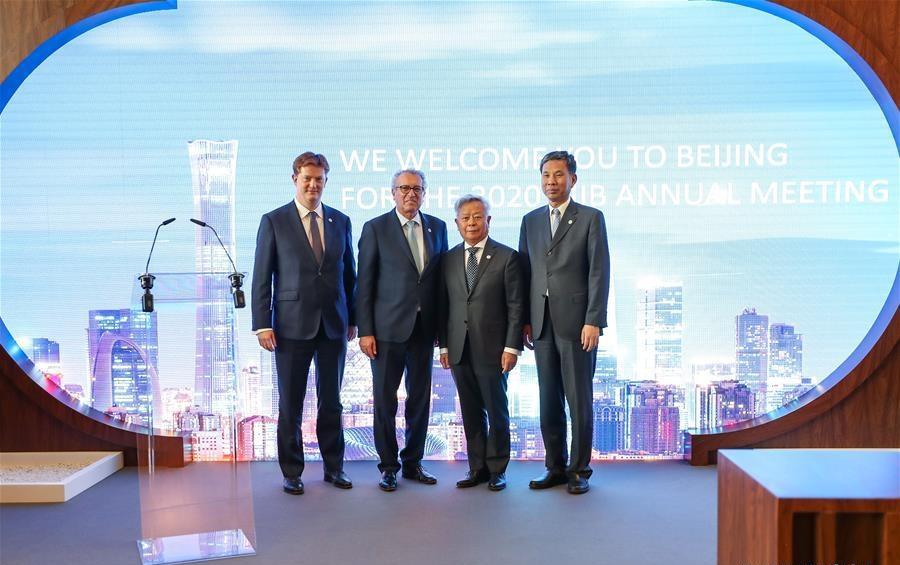 The three-year-old Asian Infrastructure Investment Bank on Saturday further expanded its membership to 100 with the approval of the African newcomers of Benin, Djibouti and Rwanda.

The decision was made unanimously by AIIB's Board of Governors at its fourth annual meeting held in Luxembourg.

The three prospective non-regional members will officially join the AIIB once they complete the required domestic processes and deposit the first capital installment with the bank.

In the meantime, the bank's meeting elected Chinese Finance Minister Liu Kun as chairman of the board.

With its approved membership increasing to 100, and the volume of approved financing expanding to US$8.5 billion, the AIIB has become an important member of multilateral development system, said Liu at the bank's annual meeting.

The China-initiated multilateral financial institution began operation in January 2016 with 57 founding members, with an agenda focused on supporting sustainable development through infrastructure and other productive sectors in Asia and beyond.

Lauding the progress the AIIB has made over the last three years, Liu said that the AIIB has been granted permanent observer status by the United Nations General Assembly, issued its first US-dollar-denominated global bond, as well as developed a series of important strategies and policies.

"AIIB members collectively account for 78 percent of the world's population and 63 percent of global GDP. With the backing of all of our members, we are building a lean, clean, and green institution that can help to support their sustainable development,"said AIIB President Jin Liqun.

On the bank's continuous enlargement, AIIB Vice President and Corporate Secretary Sir Danny Alexander commented, "That another 43 members have joined in the last three years is recognition that AIIB has established itself as part of the rules-based international system, with strong governance and high international standards."

According to him, the widely-represented bank takes interest in expanding its business in Africa.

"We now have members on every continent, and we welcome the growing interest of African countries in AIIB. We look forward to working with Benin, Djibouti and Rwanda to support their development in the years to come," he said.

Under the theme "Cooperation and Connectivity," the two-day annual AIIB meeting kicked off in Luxembourg on Friday for the first time outside Asia. It drew over 1,000 AIIB officials, representatives from members and partner institutions, business leaders and experts.

The bank's board of governors decided to hold its fifth annual meeting in Beijing on July 2-3, 2020.

The AIIB has approved 46 projects worth US$8.5 billion in 18 members, such as building highways and power plants.

The remarkable results have testified to the bank's operational efficiency, according to Luxembourg's Finance Minister Pierre Gramegna. "We are glad we contributed from the beginning to the setting-up of AIIB, because this bank is a real success story," he told Xinhua.

In particular, he expressed his belief that multilateralism is the only way to solve the worldwide issues like poverty and climate change, and the AIIB is an important instrument.

"If we do not embark on sustainable development, if we do not try to save countries with a low standard of living through sustainable investment, if we don't do these things well, climate change will make sure that the temperature would rise above two degrees and that our planet may basically not survive," Gramegna noted.