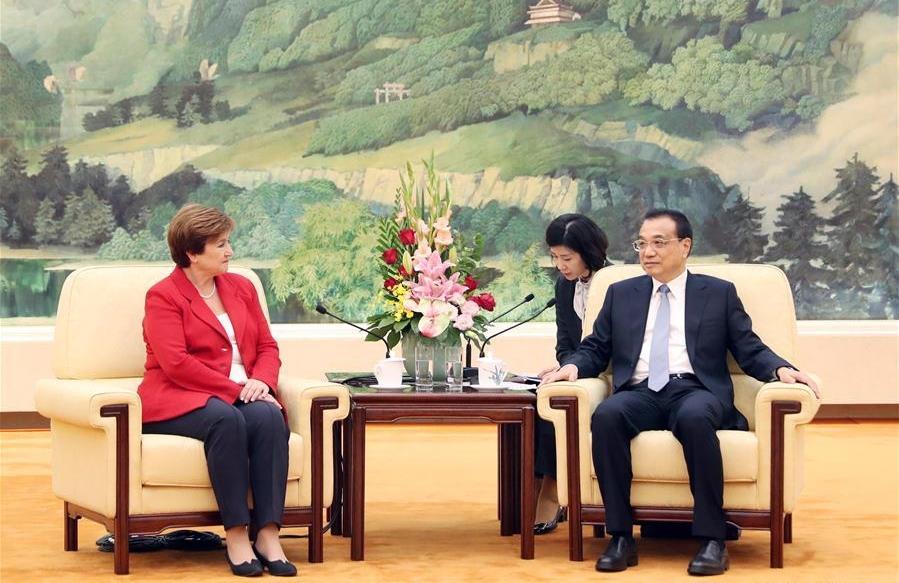 China's current economic operation is generally stable but faces downward pressure, Li said. "China will further its reform and opening-up and stimulate the market's vitality to counter the downward pressure."

Noting that financial opening-up is a key area in China's further opening-up, Li said the country will continue to expand opening-up in the fields of banking, insurance and securities and work toward allowing the establishment of wholly foreign-owned banks which are granted full-service license.

China will maintain the basic stability of the exchange rate of its currency RMB at a reasonable and balanced level, and continue to advance market-oriented RMB exchange rate reform, said Li, adding that the country will not engage in competitive devaluation of the RMB exchange rate.

China has always supported a strong, quota-based and adequately resourced IMF, Li said, noting that China is ready to work with the IMF to continue deepening cooperation, and work with other countries to jointly cope with downward pressure on the world economy.

She added that the Chinese government has adopted a positive fiscal policy, carried out taxes and fees cut, implemented prudent monetary policy and supply-side structural reform, which are conducive to raise China's medium and long-term competitiveness.

The IMF stands ready to work with China to enhance cooperation in all fields and jointly promote sustained development of the global economy, Georgieva said.