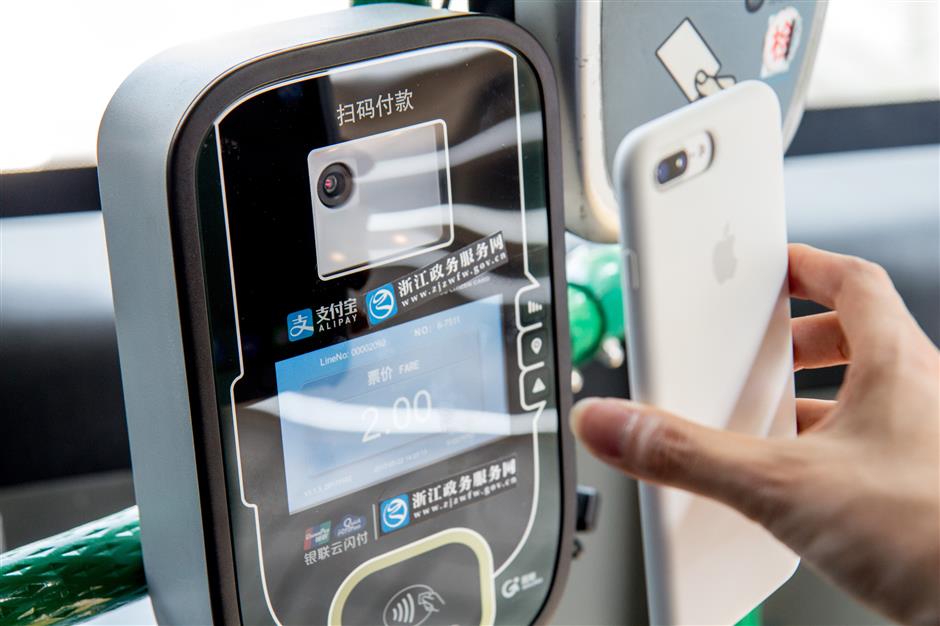 Guizhou and Shanxi are the top ranking provinces in terms of mobile payments through Alipay, with 92 percent of payments conducted through users' smartphones, according to the latest figures from Alipay.

Residents in central and western provinces generally adopt mobile payments faster than anywhere else in the country, with the nationwide mobile payment proportion at 82 percent, Alipay said today.

Mobile payments made up 71 percent of the overall number of payments in 2016, and a growing number of consumers no longer find it necessary to bring along their wallets whenever they're dining or shopping.

The mobile payment platform is increasingly popular when paying for public transportation, too.

Overseas expansion also picked up in the past year. Alipay is now connected with tens of thousands of merchants in 36 overseas countries and regions. The total number of payments in these regions increased three times from a year ago.

Apart from connecting with both online and offline micro and mini merchants, Alipay has also been pushing forward environmental protection strategies that are closely linked with its payment business.

Ant Forest, an environmental initiative to encourage Alipay users to keep track of their low-carbon activities, such as selling second-hand home electronics and using public transportation, has been launched.

Last year, a total of 10.46 million Shanghai Alipay users adopted the initiative, the highest among a nationwide user group of over 280 million.

Social security, public transportation, civil affairs and a number of government administrative services are now also accessible through Alipay's platform, which have attracted more than 200 million customers in the past year.

And starting tomorrow, Alipay users will be able to see the details of their individual annual expenditure on the app.