Technology glosses the golden age: elderly care without the loss of dignity 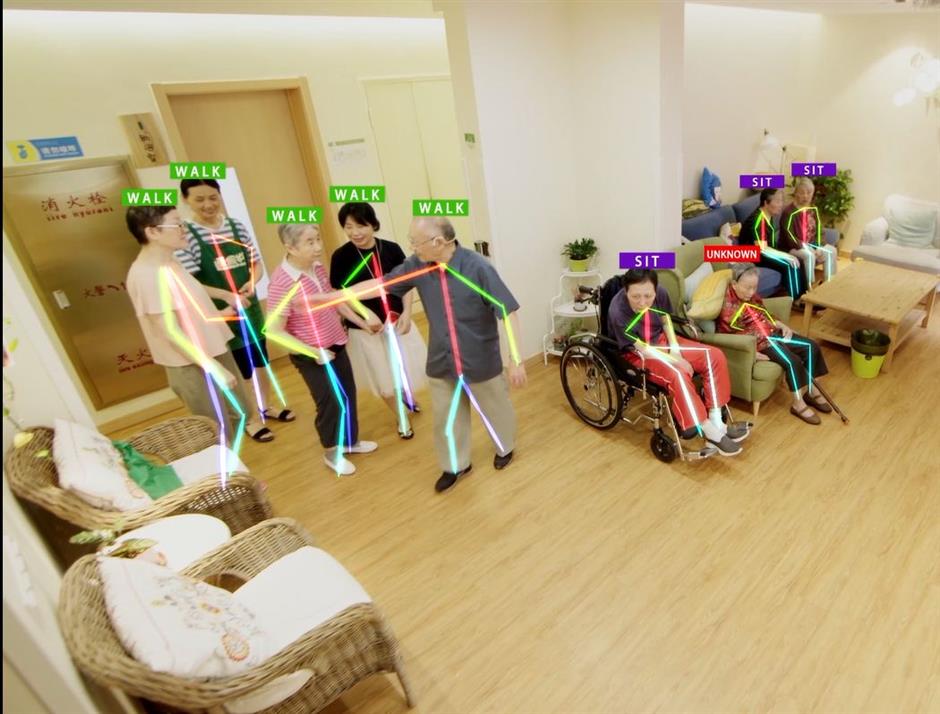 Ding Yong’s team installed sensors in every conceivable corner of wards, covering every aspect of an older person’s daily routine. Data generated by the activities of the seniors, accumulated over time, reveal patterns. An occasional aberration could mean a situation, like a stumble, warrants immediate intervention. — Photos courtesy of iZhaohu

Meet Ding Yong, the “costkiller” of China’s elderly care industry. At first glance, the founder and chief executive of Shanghai-based iZhaohu looks no different from any other mild-mannered, middle-aged Shanghai man.

But make no mistake, this is a man with bold plans to redefine how China’s citizens receive care in old age.

In a recent interview with Shanghai Daily, Ding summed up his ambitions as simply “drastically reducing the costs of long-term senior care through technology.”

He cited statistics from US counterparts, noting that many of elderly people and their offspring are paying more than necessary for care in nursing homes.

In fact, 70 percent of the daily care seniors need can actually be delivered in the comfort of their own homes by non-professionals like spouses, children or other relatives.

It certainly doesn’t make much economic sense to pay for a whole day’s services if those services can be delivered in several hours, he said.

He came to this realization as a result of his own personal experience with his father. The 51-year-old Shanghai engineer returned home from California’s Silicon Valley in 2007 after his father was diagnosed with Parkinson’s disease.

Ding created software to enable him to check up on his father through video images when he was at work or away from home. 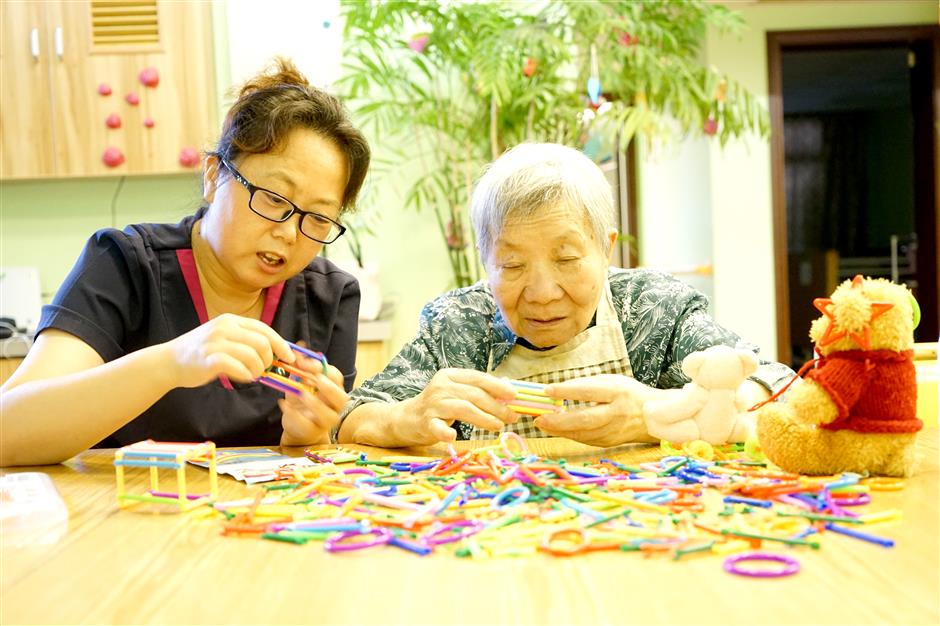 Ding’s approach encourages seniors to do small tasks, where possible, without a carer’s intervention.

The primitive technology he devised subsequently received a big boost from advances in artificial intelligence, the Internet of Things and Big Data. Ding incorporated them all into a model he called the “intelligentized, all-inclusive care community.”

Specifically, his team installed sensors in every conceivable corner of wards or rooms, covering every aspect of an older person’s daily routine.

For instance, sensors fitted to bedding could guard against seniors lying motionless in one position too long, running the risk of bedsores. A trip to the bathroom that took longer than usual would trigger an alarm and result in calls to emergency contacts. One stand on a scale could flash up vital statistics like body mass index, projected onto a mirror. Sensors under a sofa could issue a warning if an elderly person sat too long in front of the TV.

Data generated by these activities, accumulated over time, reveal patterns. An occasional aberration could mean a situation, like a stumble, warrants immediate intervention.

None of this would have been possible five years ago, when the Internet of Things and artificial intelligence were still in their infancy.

“We are lucky to be on the crest of a technological wave,” said Ding. “Both the algorithms and computing power of artificial intelligence have expanded exponentially.”

This represents his core concept of senior care — which predates the company he founded in 2015 — that information technology has an increasing role to play in assisting human care-givers.

Many older people want to remain in their homes and not go into nursing facilities. That idea is gaining traction, thanks to government programs encouraging seniors to be left in familiar home settings, where they can spend their final years with dignity.

In Shanghai, almost 90 percent of the population 60 years or older want to live out the rest of their life at home. At the same time, many of the elderly are “empty-nesters,” whose children live elsewhere, often far away. The services offered by companies like Ding’s are increasingly sought after.

Ding is convinced that his services, driven primarily by data, have advantages — not just in terms of technology, but also in the conceptual framework regarding senior care.

A common problem he perceives in nursing homes is that they deprive seniors of the chance to complete small tasks they are capable of doing, such as feeding themselves or walking on their own. People, in common parlance, become institutionalized.

“It’s a bit like what Maria Montessori said about depriving children of their right to do something by themselves,” said Ding, referring to the Italian pioneer in early childhood education.

The consequences of such deprivation can be dire. Ding said it can accelerate the loss of certain physical capabilities. Once lost, they can never be recovered.

As mean-spirited as it may sound, many care-givers, despite their good intentions in assisting seniors with minor tasks, may actually be worsening their plight.

He went on to decry the logic upon which the entire senior care service model is built. In his opinion, many service providers are not properly evaluated and appreciated for their good work in delaying the onset of diseases like Parkinson’s or dementia.

“The care-givers’ job is to make seniors feel like they are normal human beings like everyone else,” Ding said. “After all, who likes to be spoon-fed?”

The commitment to preserving dignity in rendering services has played out in his team’s development of a robotic arm that provides assistance to help frail seniors use their spoons. “But our goal is never to feed them in their stead,” he observed.

His company iZhaohu now operates more than 40 care homes for the elderly across Shanghai, officially known as “senior care homes.” There, services are priced at 1,500 yuan (US$220) or 2,000 yuan a month, depending on the length of the stay.

Ding said there is a science behind the relatively low rates. The monthly pension in Shanghai averages around 4,000 yuan, and the rule of thumb is that senior care costs shouldn’t exceed 70 percent of that sum.

“So, 2,800 yuan is the ceiling, and we take every precaution to not go beyond that,” said Ding.

In addition to 40-plus outlets in Shanghai, iZhaohu also has established a toehold in more than 500 communities in a dozen cities, including Ningbo, Hangzhou, Beijing and Wuhan, serving 200,000 people. Ding’s plan next year is to expand to Hong Kong and South Korea. 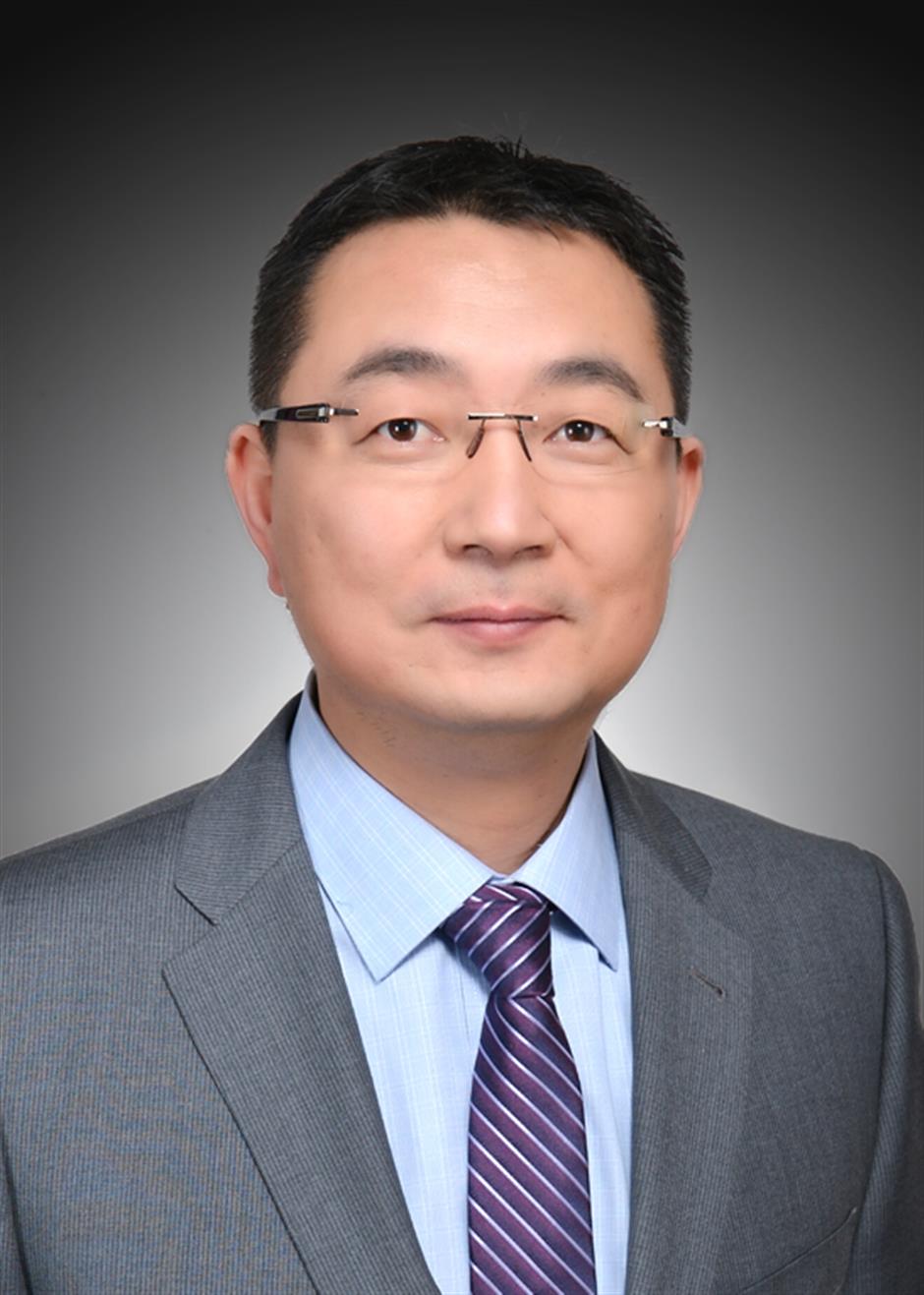 Filial piety is a Chinese virtue cherished in the company. Ding is far from the only one who left a well-paying job to care for ailing parents at home. He said one colleague quit his job in Australia to return to China to care for his bedridden mother a decade ago. He did not marry until his mother died.

“Almost every one on our team has a strong sense of destiny to do what we are currently doing,” said Ding. “Because we’ve all been through similar experiences, we know how tough it is to care for seniors.”

Ding has imposed a rule throughout the company requiring every employee — from care-givers to coders and product managers – to attend vocational training and take a few tests to become fully eligible for the job.

Each is issued a passport-like booklet with different “visa” pages listing the qualifications the holder has achieved.

The scope of training looks set to be widened to include senior citizens and the relatives who care for them.

This year alone, Ding’s company coached 1,000 residents in nine neighborhoods in Putuo District on how to address risks associated with aging. He said there will be more of such sessions in the future.

During those sessions, seniors walk with rubber bands strapped around their legs — a method used in Canada to help the elderly develop a better sense of balance and reduce the risk of falling, which is the top killer of older people.

Technology, too, can play a role in reducing risks. Computer vision powered by artificial intelligence can automatically study the gait and movement of seniors on video footage. When they deviate from the norm, care-givers can be notified to intervene.

“For example, if an elderly person looks out the window, it might be read as a desire to go home or to venture outside,” said Ding.

The worst nightmare for caregivers is the oldster with dementia who wanders off and gets lost. But instead of restricting their activities or locking them up, Ding said the best solution is to play along with their desire to “escape.”

“Sometimes, it’s more like a premeditated prison break than accidentally straying off,” he said.

He recalled an incident where a nursing home resident with dementia told his care-giver his plan to escape and was chaperoned on his way out. But upon discovering the map prepared by his “guide” was wrong, he instinctively headed back into the home.

“If you start to see them as normal humans, as we try to do, you can figure out more effective ways to control the risks of their behavior,” said Ding. 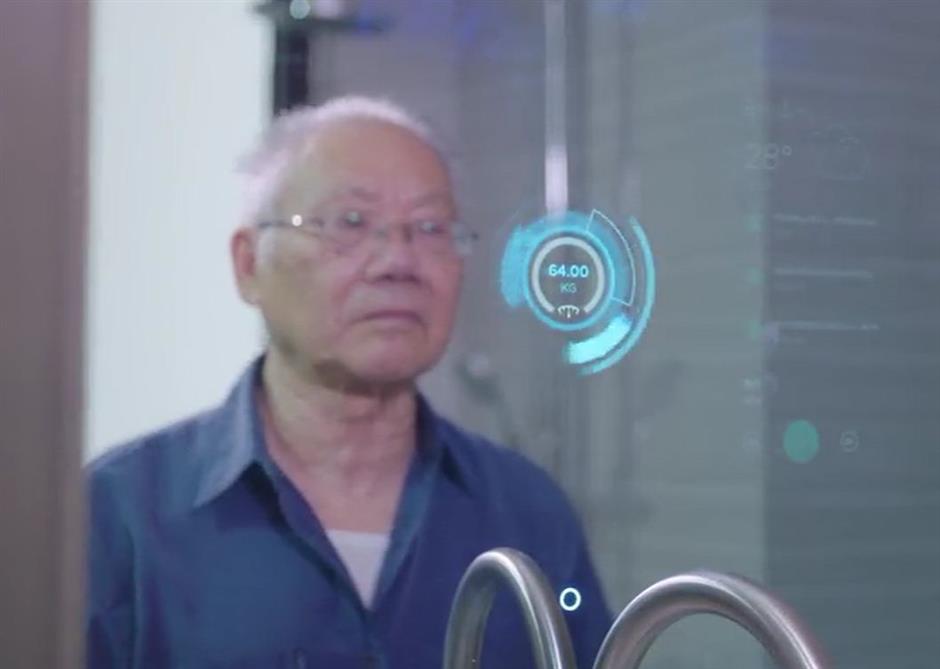