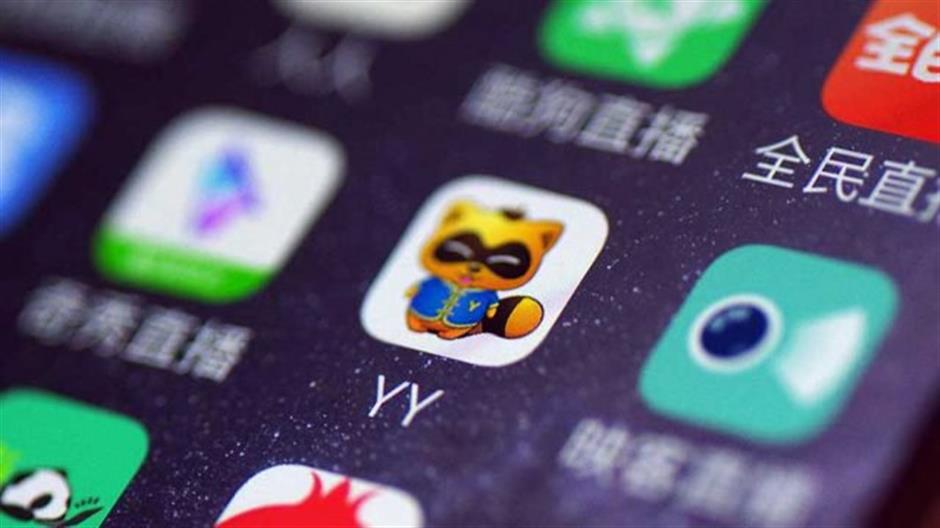 As a platform, YY can take commission from broadcasting agencies and live-streaming providers that seek popularity among YY's 9.6 million paid users.

Chief Financial Officer Jin Bing told a conference call after the earnings release that the company expects its overseas live-streaming site Bigo to break even by the end of this year as it plans to increase content marketing and boost advertising income.

"Based on what we've seen in China, we currently expect limited impact on our overseas live-streaming business as user engagement and interaction continued to climb higher," said Li Xueling, chairman and chief executive officer of YY.

The company has spent heavily to promote short video to gain a strong foothold and market share as Internet users are embracing new digital entertainment formats, and said it intends to boost synergies between different sites among both domestic and overseas customer bases.

YY estimated its revenue in the first quarter to be between 6.75 billion yuan and 6.85 billion yuan, representing 41.2 percent to 43.3 percent annual growth.