A fusion of Moroccan traditions and contemporary flair that inspired Yves Saint Laurent, a museum to the famed fashion designer has been unveiled in his beloved Marrakesh.

Following three years of work, technicians carried out final checks in a minimalist exhibition hall at the venue in the city that helped shape Saint Laurent's imagination after he first arrived in the 1960s.

Iconic creations _ from the black "Le Smoking" tuxedo to the Mondrian dress _ will go on display, with the museum hoping to attract 300,000 visitors in its first year. 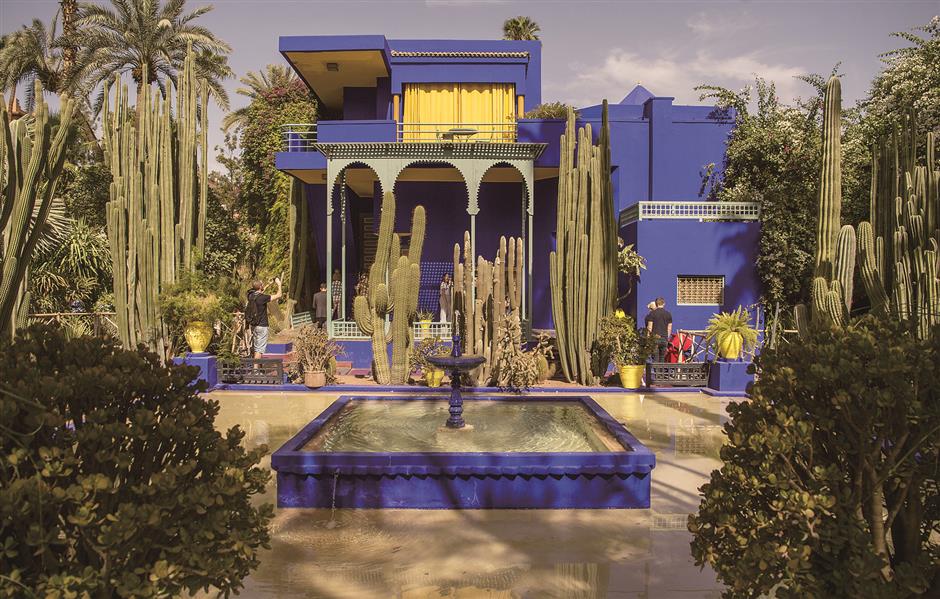 The Majorelle Garden in the Moroccan city of Marrakesh.

The legendary French couturier was entranced by the "ochre city" when he discovered the vibrancy and easy-going atmosphere of its busy streets, overlooked by the Atlas mountains, with his partner Pierre Berge in 1966.

"It was the place of our meeting, of our love, of our work together," said Berge, describing it as "a time when morals were free and sexuality more unbridled."

After dedicating his final years to "transforming these memories into projects," the man who was both Saint Laurent's business and life partner for 40 years died aged 86 in September.

When Saint Laurent came to Marrakesh, he was a designer known for working in black, but he said he "discovered color" in the city and the traditional dress of the women.

Along with Berge, he acquired a villa _ which their foundation also hopes to open next spring _ and in the 1980s took over the spectacular Majorelle Gardens, where a mausoleum was built to the designer after his death in 2008.

Along with his ground-breaking designs, the new museum also contains a wall of photographs retracing reclusive Saint Laurent's life and career, accompanied by the voice of his friend, actress Catherine Deneuve. 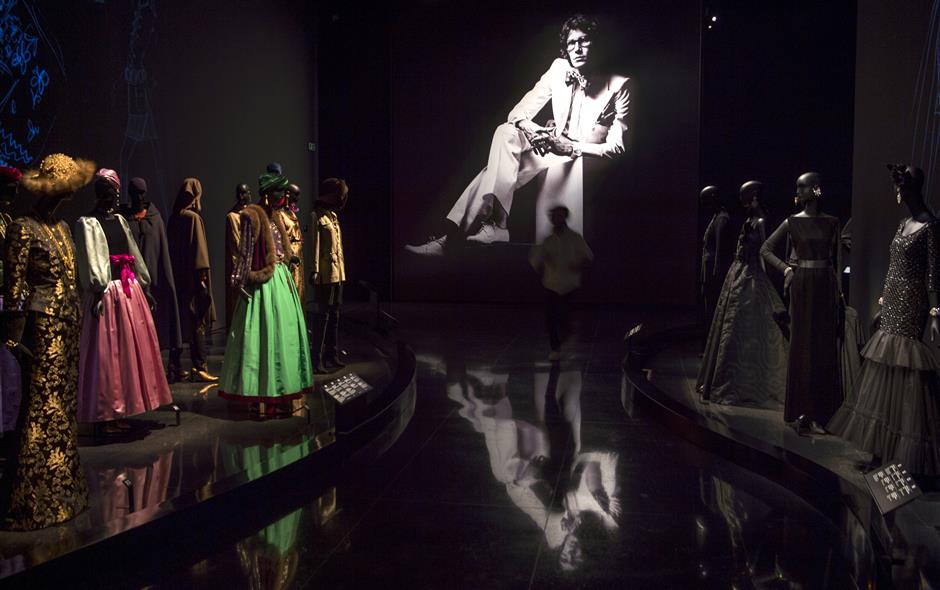 A fusion of the Moroccan traditions and contemporary flair that inspired Yves Saint Laurent, a museum to the famed fashion designer is recently unveiled.

Marrakesh and its UNESCO-protected Old City is now packed with tourists from all over the world. But back when Saint Laurent and Berge first arrived it was a draw for hippies and artists _ from the Beatles and the Rolling Stones to beat poet Allen Ginsberg _ attracted by the Bohemian freedoms and drug-fuelled party scene.

Funded by the sale of YSL and Berge's art collection, the museum combines orientalist paintings from Jacques Majorelle with works by current artists from Morocco and the Middle East.

And while Berge _ the driving force behind the museum did not live to see it open _ it still bears his indelible stamp.

"He saw everything, he followed it all from the beginning," said Berge's widower Madison Cox, who now runs the Pierre Berge-Yves Saint Laurent foundation.

"This was a first for Pierre Berge, to build something from scratch."