Winter Solstice celebrated with as much festivity as Spring Festival 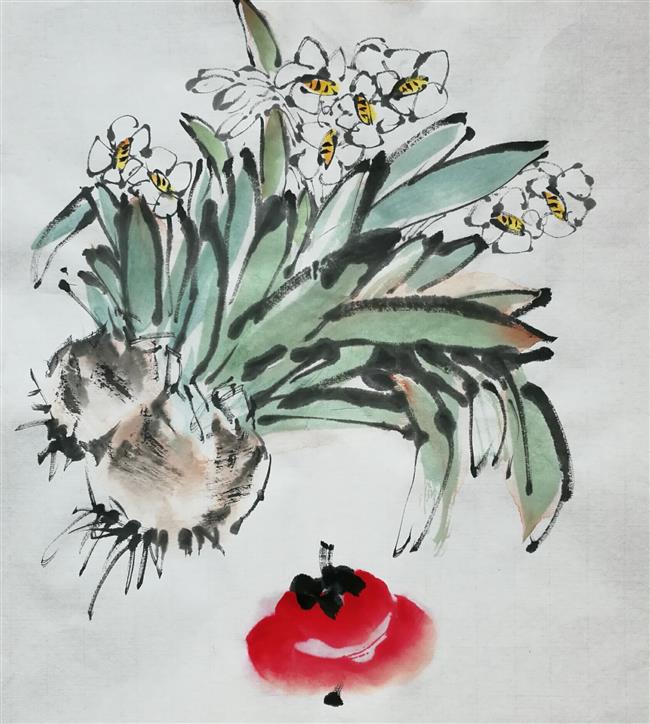 In many parts of China, as well as some ethnic minority groups, dongzhi or Winter Solstice is considered a very important day. The celebration of the last solar term of the year indicates that a new year is fast approaching.

This year, dongzhi arrives tomorrow when the northern hemisphere will experience the longest night of the year.

On dongzhi, the sun’s celestial longitude reaches 270 degrees, meaning it is over the Tropic of Capricorn. Though the daylight gradually lengthens after the Winter Solstice in the northern hemisphere, the temperature keeps dropping as it is the beginning of midwinter.

In Chinese culture, yang (warm) energy starts to grow from that day.

A Chinese proverb describes the 15 days after Winter Solstice as three periods of waiting — waiting for earthworms to curl up their bodies, waiting for elks’ antlers to break off, and waiting for springs in the mountain to flow, which are all signs of yang energy sprouting.

As a turning point of yin and yang, Winter Solstice has been a significant solar term in China since the Spring and Autumn period (770-476 BC).

It is said that in the Shang (1600-1046 BC) and Zhou (1046-256 BC) dynasties, Winter Solstice was seen as an auspicious day and celebrated in many ethnic groups across the country like Chinese New Year.

In the Han Dynasty (206 BC-AD 220), Winter Solstice was treated as dongjie, or the winter festival.

Even in many Western mythologies and traditions, the Winter Solstice is endowed with the concept of rebirth. Mithra, the Zoroastrian angelic Divinity of Light in Persian culture, and Jesus, the central figure of Christianity, are generally believed to have been born on December 25, the day around the Winter Solstice. 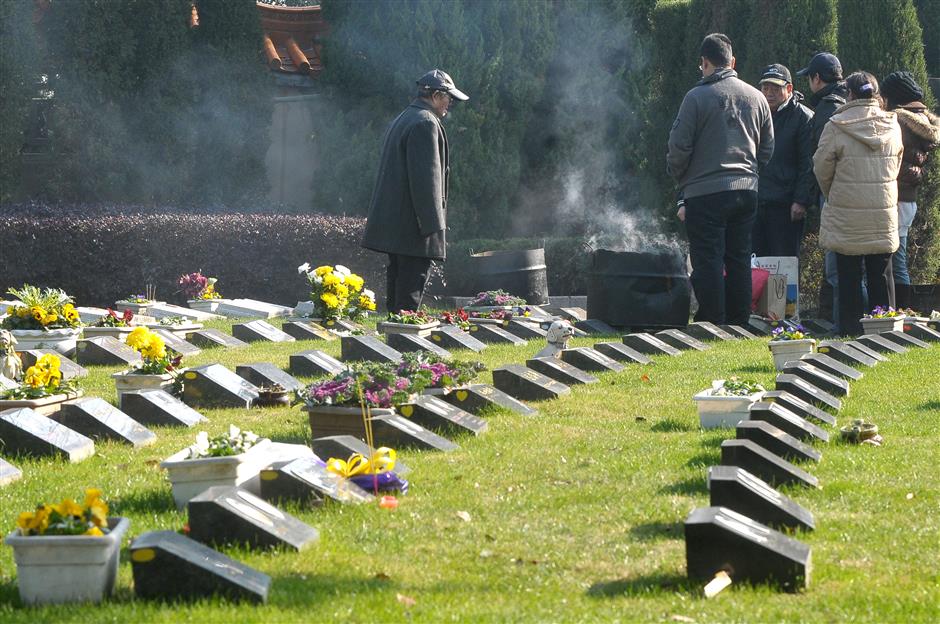 Dongzhi is time for sweeping the tombs.

Today, Winter Solstice is a day for people to pay respects to their ancestors, elders and teachers.

Visiting the cemeteries of departed family members is the biggest event on the day. (Every year, Qingming Festival which falls in early April and Winter Solstice are the time to visit the ancestors’ tombs.)

Family members later dine together, and in some cases if someone is unable to attend, the meal, seat, tableware and food are still kept aside for them.

In some regions, students give away offerings to Confucius and visit teachers to express their gratitude.

Shujiu, literally meaning “counting nines,” is a Chinese custom that is similar to countdown to spring. The days after Winter Solstice are divided into nine sections — with nine days for each. After 81 days, spring is said to be arriving.

The third nine days after Winter Solstice is usually the coldest period in winter; the temperature gradually starts to rise after that.

The tradition of “counting nine” has been popular since the Northern and Southern Dynasties (AD 420-589), and there are plenty of recreational activities in China.

People in the Ming Dynasty (1368-1644) have a tradition of huajiu (painting nines). On Winter Solstice, people draw a plum branch with colorless flowers composed of 81 petals. Each day, one petal is painted in red. After all the flowers are covered in red, it is near springtime.

In the Qing Dynasty (1644-1911), xiejiu (writing nines) was seen as fun time for people locked in a long hard winter. They would pick a poetic sentence indicating the arrival of spring, for which 81 strokes were needed, and fill every stroke of the character each day until spring. Some people also recorded the weather condition with every stroke.

A popular tradition which is still followed today is speculating on the weather of the Chinese Lunar New Year based on the Winter Solstice condition. 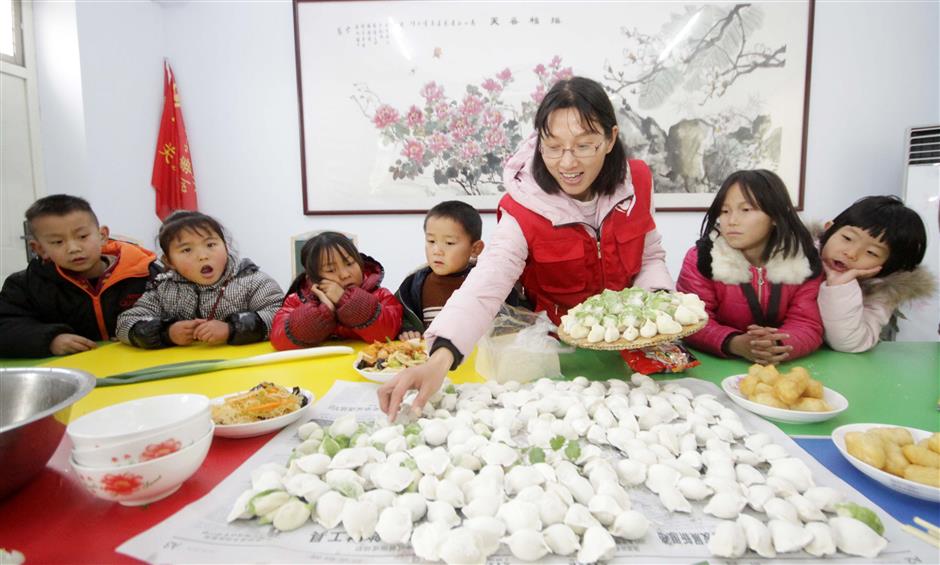 Jiaozi (dumplings) is a must-eat food on Winter Solstice in northern China.

According to traditional Chinese medicine, Winter Solstice is a very good time to nurse one’s body by taking nourishing food, as the qi, a vital energy source, starts to store from that day.

In northern China, jiaozi (dumplings) is a must-eat food on Winter Solstice, while in Tengzhou, Shandong Province, people eat nutritious mutton soup. A popular saying in the north insists that if you don't eat jiaozi on Winter Solstice, your ears will be frozen in the coming winter.

In some watertowns in the Yangtze River Delta region, people cook glutinous rice with red beans. Legends hold it that an evil spirit who died on Winter Solstice was afraid of red beans. 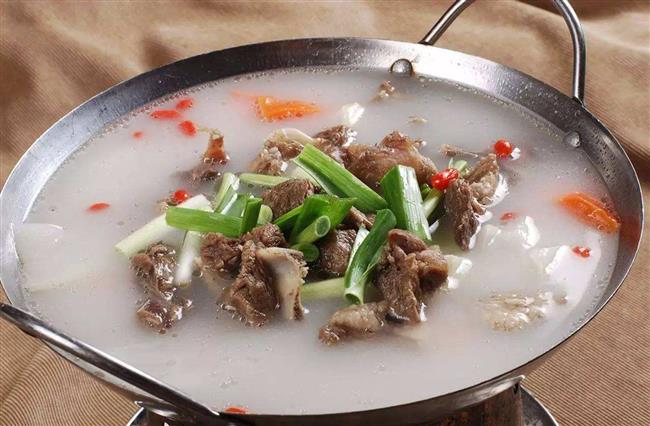 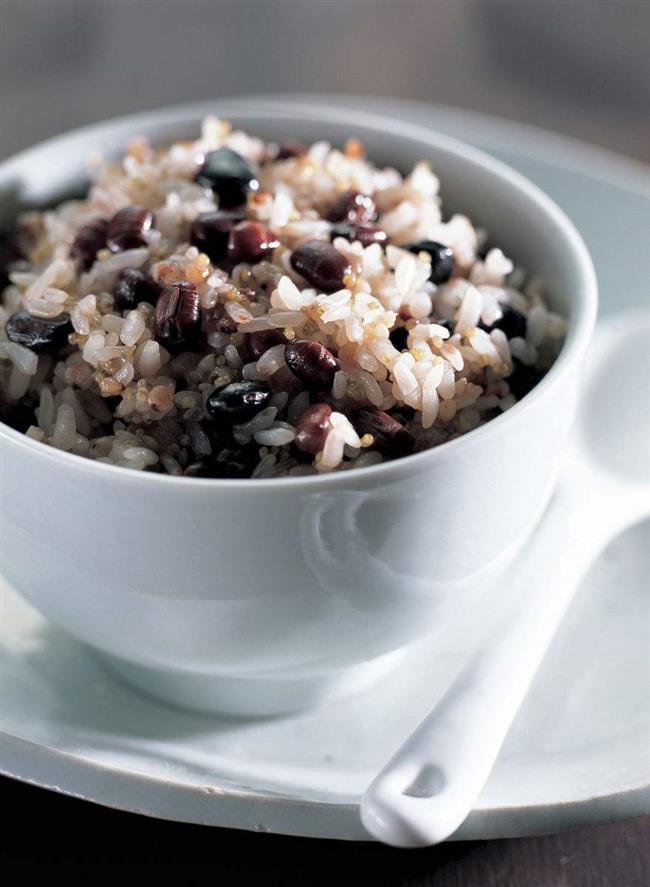