Peppa goes viral to usher in Chinese Year of the Pig 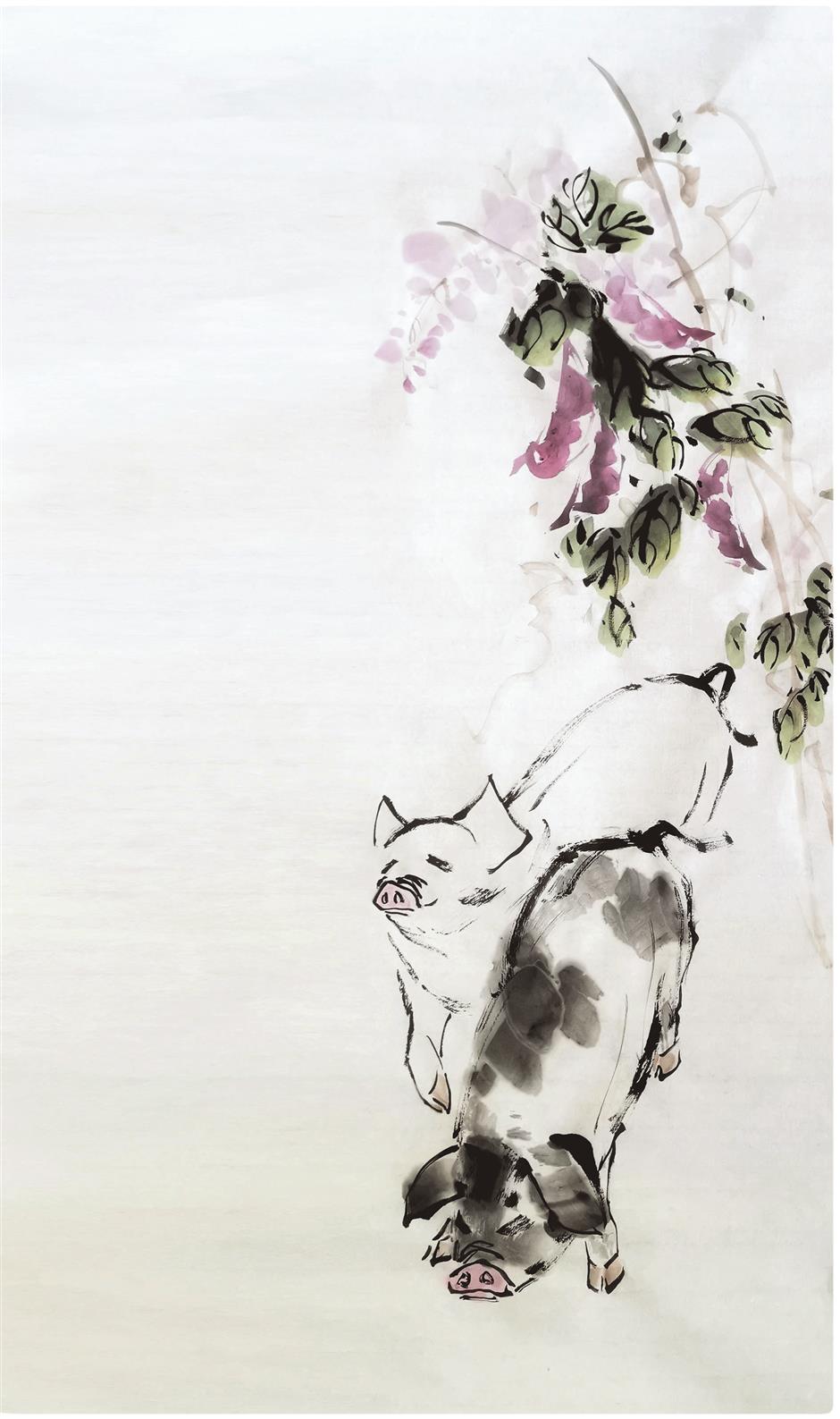 A 4-year-old pink pig has become the hottest icon in China after a six-minute video called “What is a Peppa Pig?” went viral online.

The video features an elderly man living in the countryside asking everyone he knows: “What is Peppa Pig?” so as to prepare a New Year gift for his grandson living in the city. Eventually, he makes a Peppa Pig himself based on a blowing machine. The video won 1,500 million clicks within 24 hours.

The message of family reunions and a grandfather’s love triggered many people’s tears, and the pink pig won wide favor as a mascot in the Year of the Pig.

Apart from the popularity of related products, Peppa Pig will also feature at the JS TV Spring Festival Gala to celebrate the Chinese New Year.

With its round belly and big ears, the pig has long been taken as a symbol for abundance, wealth and good luck in Chinese culture. 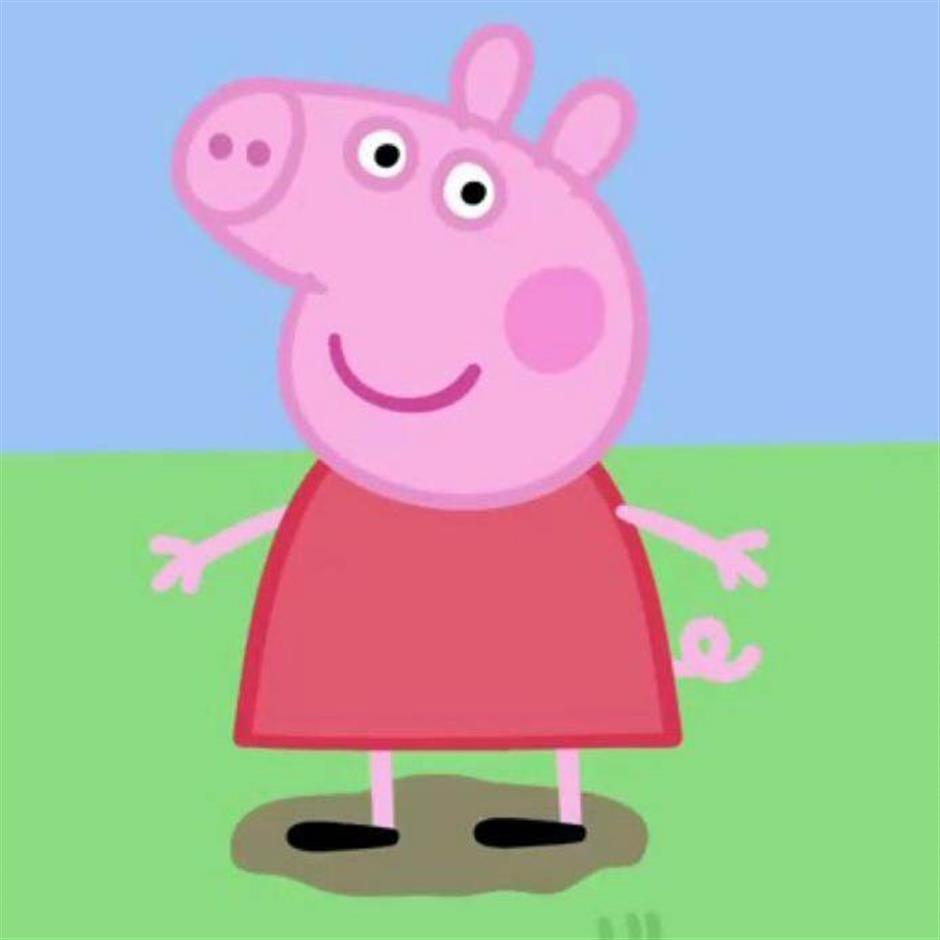 Legends suggest that the goddess Nuwa made one domestic animal a day with earth before she created humans on the seventh day. The pig was created on the third day, while horses, cattle, sheep, chickens and dogs were made on the rest. The Chinese character “Jia” (home, 家) is pictographically composed of a house (宀)and a pig (豕), as the ancient Chinese considered a pig an important possession for a happy family. Images of a pig are often used in New Year pictures and decorations as wishes for wealth.

Though not as fast as a horse, as clever as a monkey, or as powerful as a tiger, the pig still managed to gain his seat in the 12 zodiac signs because of its sacrifice.

The Jade Emperor announced his plan of selecting 12 animals as zodiac signs with god titles, but only the first 12 arriving at the South Gate to Heaven would be granted the honor. The pig took off early, yet walked rather slowly, which enabled him to witness people starving in times of famine. He told the people to cut his legs for food, and failed to reach the South Gate to Heaven. However, touched by his sacrifice, the Jade Emperor put his name on the list as the 12th zodiac sign.

The pattern of a round-shaped pig holding a shoe-shaped gold ingot is a widely used pattern in the New Year as a wish for making good fortune. 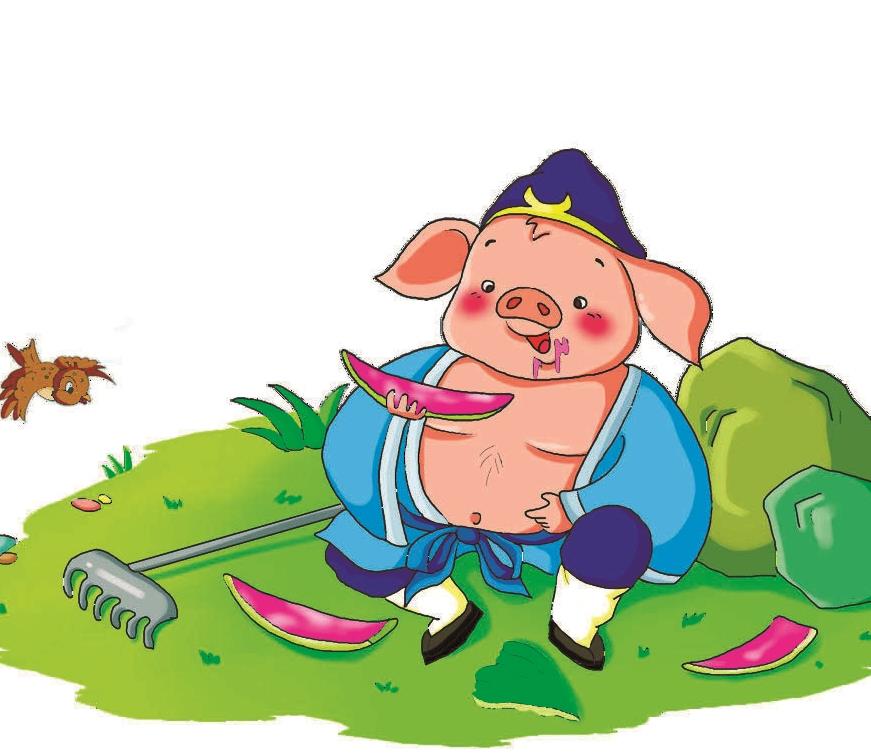 Pig (猪), pronounced as “zhu” in Chinese, is homophonic with the character “诸” which means everything. The image of a pig with a “ruyi”-shaped nose and a persimmon at its feet symbolizes “zhushi ruyi” (诸事如意), literally everything goes as it is wished.

A pig with all its four feet shown is a favorable mascot for families with candidates for an entrance exam. It is said that the names of the No. 1 scholars in the imperial exams are always listed in red. The Chinese idiom “zhubi timing”(朱笔题名), literally named with red pen, indicates great success in the exam. And the abbreviation of the idiom, “zhu ti,” just happens to share the same pronunciation with pig’s feet, which makes the feet lucky signs, too.

However, the image of the pig in traditional Chinese literature is not all favorable. Gluttonous, stupid, lazy and impetuous are among the labels often attached to the animal, even though research has shown that not to be the case.

“Zhu peng gou you” (猪朋狗友), or pig and dog friends, is an idiom for gluttonous and lazy friends; “yi long yi zhu” (一龙一猪), or a dragon and a pig, is an expression to describe two people with the same start, growing up to be tremendously different; “lang ben shi tu”(狼奔豕突), or run like a wolf and barge about like a pig, is often used to picture the panic of enemies running away.

Even Zhu Bajie, the powerful pig in Chinese literature classic “Journey to the West” written by Wu Cheng’en in the Ming Dynasty (1368-1644), was often dwarfed in comparison to other characters in it.

Being the “Tianpeng Yuanshuai” (Marshal Canopy) in heaven, the pig used to command 80,000 Heavenly Navy Soldiers. However, he was banished for seducing the Goddess of the Moon after getting drunk. He was sent to be reincarnated on Earth, where by mishap he fell into a pig well and was reborn as a man-eating pig monster, with a nine-toothed rake as his weapon.

Guided by Guanyin, the pig joined the legendary Buddhist monk Xuanzang as one of his three disciples to the West. However, he still often gets himself and his companions into trouble with his laziness, gluttony and propensity for lusting after pretty women. In spite of that, the pig has his own good points, such as being tolerant, soft-hearted and optimistic.

People born in the Year of the Pig

People born in the Year of the Pig are believed to carry some of the pig’s features. Pig year people are said to be tolerant, optimistic, caring and lucky, yet weak-willed, easy to be taken in, and sometimes impulsive.

Famous “pigs” include Zhao Kuangyin, founding emperor of the Song Dynasty (AD 960-1279), Kublai Khan, founding emperor of the Yuan Dynasty (1271-1368), Liu Ji, famous militarist and litterateur who helped Zhu Yuanzhang found the Ming Dynasty (1368-1644), Chiang Kai-shek, former leader of the KMT, writer Shu Qingchun (or Lao She, his penname) known for his novels like “Rickshaw Boy” and “Teahouse,” and Qian Xuesen, a prominent Chinese aerodynamicist and cyberneticist who contributed to rocket science and established engineering cybernetics.