The 15th Hangzhou International Cartoon and Animation Festival is scheduled to run from April 30 to May 5.

As one of the biggest and most influential cartoon festivals in China, each year the event’s main venue alone attracts more than 300,000 visitors. This year, the festival will be staged in Baimahu and 12 other venues around Hangzhou. The event will cover a broad range of activities including exhibitions, forums, trade fairs and competitions.

There will be screenings of popular Chinese animated films, such as “White Snake,” which has already earned more than 440 million yuan (US$65.5 million) at the box office. 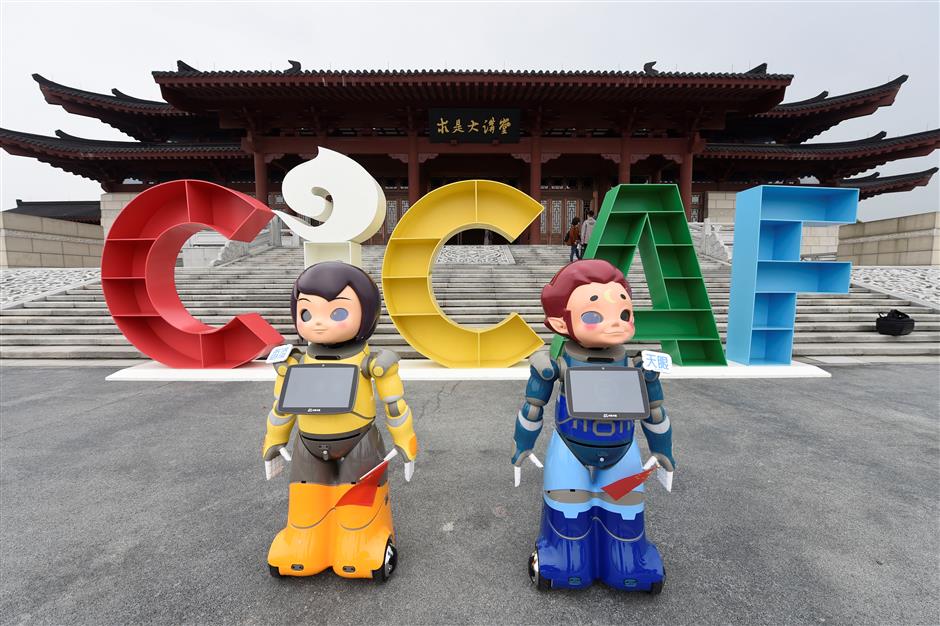 Mascots of the 15th Hangzhou International Cartoon and Animation Festival 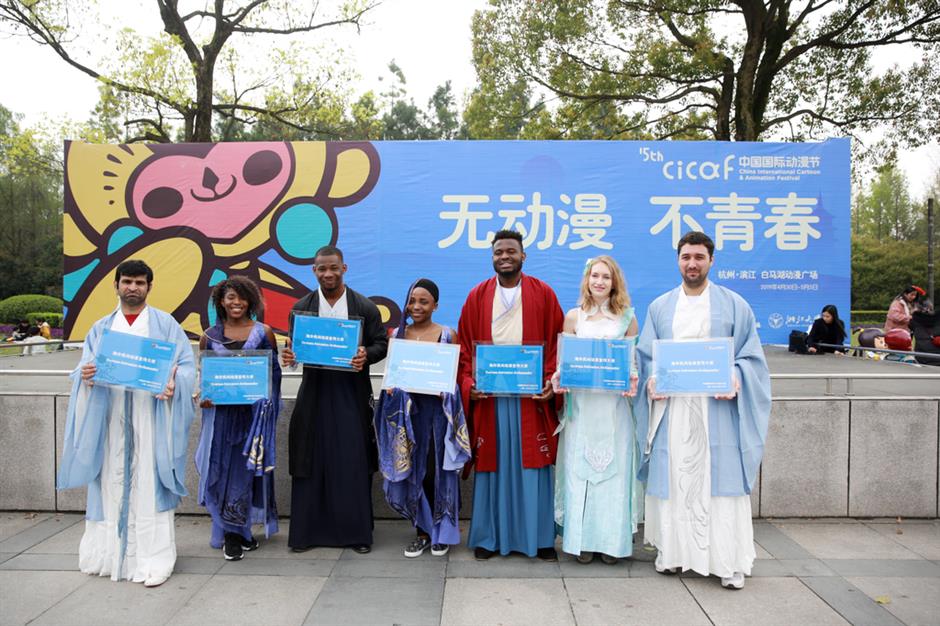 Representatives of the 100 international ambassadors to promote the event

Cartoon and animation companies from over 20 countries and regions will attend this year’s exhibition and trade events. The Walt Disney Company will also be accompanied by performers dressed as popular Marvel Comics characters as it celebrates its 80th anniversary.

Another highlight of the festival will be costume players from all around the world. This year’s auditions for the cosplay show were held in six overseas countries, including France, Spain and Switzerland.

Lili Davitashvili from Georgia is one of the ambassadors who spoke at a festival press event on March 30. She is studying archeology and museum studies at Zhejiang University. She attended the festival last year and is excited to become more involved.

“I’m a comic fan myself. We have no such event back in my country. I shared my photos at the festival last year with my friends and they were really jealous of me,” Davitashvili told Shanghai Daily.

She also credits Chinese cartoons and comics with helping her better understand the language and the culture.

The cartoon festival has developed into a citywide event each spring as Hangzhou aims to become a world center for the cartoon and animation industry. Last year’s event drew over 1.4 million visitors in total, generating 2.49 billion yuan in spending as well as tentative deals valued at 13.84 billion yuan.